I Have Paranoid Schizophrenia, And It's Nothing Like What You See On TV 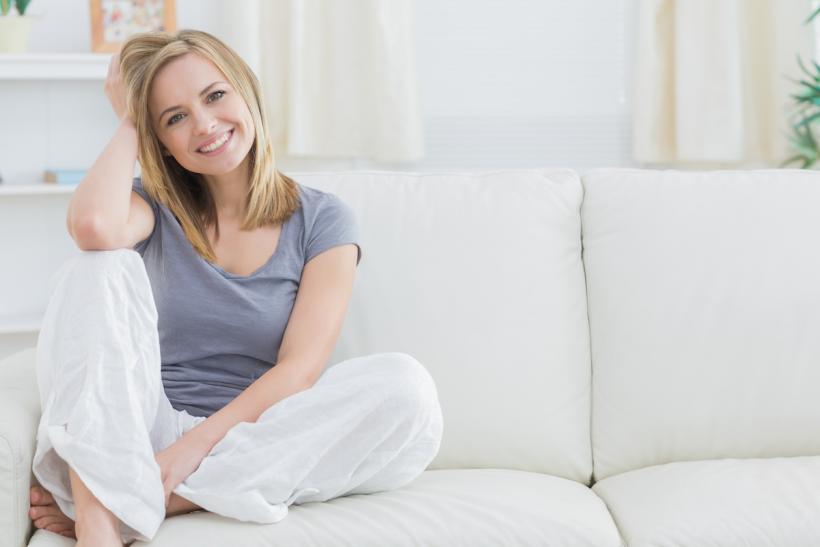 "No one guessed that schizophrenia was the cause of my comments — or, at times, what some would call strange or unusual behavior."

Stigma and stereotypes are alive and well in the minds of many Americans. Most popular detective shows have featured at least one episode where the killer has schizophrenia. In every episode I have seen, these characters are single males, usually living alone and frequently in a dark apartment or basement.

Meanwhile, I am in my brightly lit living room, watching a big screen television, curled up next to my husband of twenty years — and I am a woman. I don’t look at all like the portrayals of these killers Hollywood never seems to tire of writing into movies and series. But I do have paranoid schizophrenia.

On an average day, the symptoms of schizophrenia that I have to deal with are paranoia, lack of motivation, anxiety (which may or may not be separate from my diagnosis of schizophrenia), and side effects from medication like foggy-headedness and exhaustion.

There are less frequent times when I am psychotic and experiencing the more stereotypical things people associate with schizophrenia, such as hearing voices, being delusional, making bizarre connections from various sources of information, etc. But I still don’t look or act like the people seen in movies. For one thing, I have never been a danger to anyone but myself, and like I said before, I am married and female.

So, what does a psychotic episode look like for me and many others? One thing that is common among people with schizophrenia is religiosity: I have thought I was the second coming of Christ in person on two occasions. I once spent six months carrying on a conversation with the Holy Spirit, Jesus, and God (not all of that was unpleasant, and some of it was life changing). I have also thought that I was a healer receiving instructions from God on how to bake and cook. During that time I made up to three cakes a day and gave them out to my neighbors, mailperson, delivery drivers, etc., all in an effort, I believed, to heal them from their ailments. I paid special attention to the mailperson, giving him up to half a cake a day because I knew he was fighting cancer.

"Everyone can have a role in breaking down stigma and loosening the power of stereotypes."

I don’t know what my neighbors or the people who came into contact with me during that time thought, but generally speaking, I kept my illness a secret from most of my friends and my husband’s family for close to twenty years. I came out publicly two years ago. I won’t say that keeping my illness a secret didn’t lead to confusion and many misunderstandings — it did.

But no one guessed that schizophrenia was the cause of my comments — or, at times, what some would call strange or unusual behavior.

There are ways to overcome the stigma and negative stereotypes about schizophrenia, and my belief is that art and education are the starting points. I have seen some improvement in the last year on subscription services like Netflix and their offerings. There have been series like Awake, River, The OA, and others that have dealt with alternate realities without pathologizing their characters, and I think that is progress for the mental health community as a whole.

People can make a difference by educating themselves on the symptoms, statistics, and facts of illnesses like schizophrenia. For example, those of us with schizophrenia are more likely to be a victim of a crime than a perpetrator of a crime.

People can also take the time to read stories and books written by writers who have schizophrenia or another severe mental illness. There are many good books out there that prove that people with a chronic mental illness can lead a productive life. Web sites like Project UROK, This is My Brave, OC87, Stigma Fighters, and many others have personal stories of people who live with a mental illness (including those with schizophrenia). In the age of the Internet, people don’t have to look further than Google to begin to educate themselves on almost any topic.

Everyone can have a role in breaking down stigma and loosening the power of stereotypes. With mental health issues being on the rise in this country (one in four Americans will experience a mental illness in their lifetime), we all need to take this seriously. It is our issue and the issue of those we love.

If you like this article, please share it! Your clicks keep us alive!
Tags
schizophrenia
mental illness
stereotypes
Stigma
mental health
paranoid schizophrenia

I Have Paranoid Schizophrenia, And It's Nothing Like What You See On TV
Rebecca Chamaa