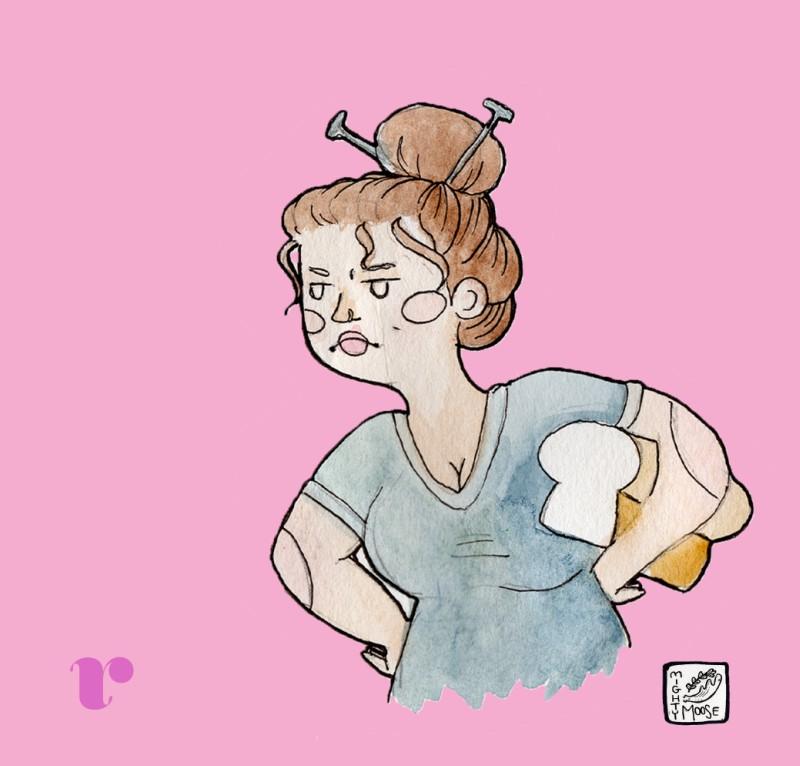 Your body is not bad. Even if it is fat, it is not bad. Weight Watchers would have you believe it is.

I’ve lost and gained the equivalent of a very large adult male.

I feel like WW has been a go to weight loss plan since I was a kid. I can remember my friend’s moms talking about it — tracking meals, eating rice cakes, doing Jazzercise. "Let’s Get Physical” was the anthem of the day. MTV played Olivia Newton John’s overzealous video of fat people being essentially tortured into fitness.

After my body made a few kids, I decided to get my “pre-baby” body back (such bullcrap).

1. Weighing yourself publicly is stupid.

Weighing yourself at all is pretty unnecessary, but weighing yourself in front of a room full of people? Why would anyone want to do that? Is that supposed to motivate you?

2. Weighing yourself weekly is also stupid.

If for some reason you do need/want to lose weight, parking yourself on your scale isn’t going to do a goddamn thing. You can stand on it all day, it doesn’t matter.

The scale makes you feel like you’re in control, but the opposite thing is happening. The scale controls you.

3. Point counting will screw you up around food forever.

Go ahead, ask me the “point value” of any food.

All of this point counting nonsense makes it impossible to just eat food. Food isn’t supposed to be a mathematical equation; it’s meant to nourish your body. I haven’t point counted since 2008 and I am still point counting.

I have had so much therapy for this and guess what, STILL COUNTING. My psychiatrist raised my Zoloft dose to 200 mg, all to try to repair my Weight Watchers-mutated mind.

4. Exercising to “earn” more “points” is a recipe for an eating disorder.

When you start pitting your activity against how many pancakes you can eat, you are in trouble.

For three years after I started eating disorder recovery, I couldn’t even drive by IHOP. I couldn’t look through the glass window. I couldn’t even think about a pancake without panicking. That’s what exercising to eat did to me.

Food is fuel, not a reward.

5. What they are teaching you is a lie.

None of that is going to change your body weight. I know that’s not what people want to hear, but eating 16 times a day is not the answer. And WW is not interested in giving you an alternative choice.

Only 5% of people who lose weight will actually go on to maintain that weight loss.

That’s what I said.

7. They are stealing your money.

I know we all love Oprah. But Oprah does not care about us.

If Oprah cared about us, instead of buying stock in WW and telling us all about how much she loves bread, she’d just come right out and say: “I am Oprah Winfrey. I love food. But I do not love being fat, so I have done Weight Watchers 17 times. I know that the 18th time is NOT a charm, but I’m doing it anyway because I need to pay for my 1,000 thread count sheets. KTHX BYE!”

Your body is not bad. Even if it is fat, it is not bad. Weight Watchers would have you believe it is. They will sign you up with promises that you can lose a pound or two a week, and they will charge you $85 a month for it.

Your body is not bad; don’t believe them.