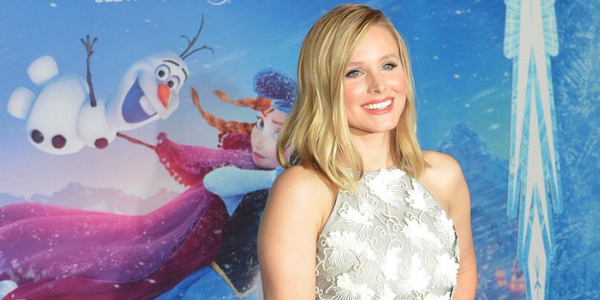 WHAT? Noooo. From Kristen Bell’s mouth to your ears. Let me preface all of this by saying, I LOVE KRISTEN BELL. No, but, she is amazing, okay? She is one of maybe five “famous people” I follow on IG (her husband is another). Also, as a reminder, as Anna from Frozen, she is a literal Disney Princess (well, not exactly. She has yet to be officially declared by Disney.)

However, despite my love for Kristen, I have to point out that she’s saying something feminists have been saying since, oh, I don’t know — 1960ish give or take? I mean, if people will listen to Kristen, then cool. But come on, this isn’t new.

When I was a little girl, I definitely bore a striking resemblance to Snow White. The Chinese couple who owned the corner grocery would exclaim with delight when I walked in, “Snow White is here!” I loved it, and I loved the book and film. No one ever thought to suggest that maybe it was a little weird that she was basically a servant to seven tiny men. No one even suggested that a man kissing you without your permission was weird.

But times, they are a changing. In a recent interview Kristen (mom of two) said the following:

"Every time we close Snow White I look at my girls and ask, 'Don't you think it's weird that Snow White didn't ask the old witch why she needed to eat the apple? Or where she got that apple?' I say, 'I would never take food from a stranger, would you?' And my kids are like, 'No!' And I'm like, 'Okay, I'm doing something right.'"

But what about that kiss, Kristen?

"Don't you think that it's weird that the prince kisses Snow White without her permission?" Bell says she has asked her daughters. "Because you can not kiss someone if they're sleeping!"

It’s not just weird. It’s like, I don’t know, assault? No, but seriously. Snow White AND Sleeping Beauty are both awakened by a nonconsensual stranger’s kiss. Point for waking up. Strike for not punching those dudes in the throat. You kiss me while I’m sleeping, and I’m going to fuck your shit up.

Next on the list of Most Misogynist Bullshit Storyline (after Snow White and Sleeping Beauty), it’s Cinderella for SURE. The glass slipper, the ball, the fretting about the Prince remembering her. It is not a good scene.

Then we’ve got The Little Mermaid. COME ON. Don’t come at me with “she wanted to be on land!” Ariel got those legs FOR A MAN.

After Ariel, we’ve got a close race between Aladdin and Beauty and the Beast. Jasmine is the clear frontrunner for me, though. Magic carpet and all that nonsense. Literally being swept off her feet? Nah. Then Belle. First of all, she was only in that castle for her dad. Sure the Beast was a bastard, but then he gave Belle a WHOLE library. I’d marry any thing, person, beast, or robot from outer space if they gave me a whole library. I don’t even care about the man. Do you know how intellectually valuable all those books are?

Then Tiana from The Princess and the Frog. Hardworking boss ass bitch. Still getting with a dude though. Honey, no.

After Tiana, we’ve got Rapunzel. Also a boss ass bitch but relies on a man to help her the ENTIRE movie. GIRL. You have all that hair, you don’t need no man.

Then Mulan. Save ALL OF CHINA. YES. Still ends up with a dude at the end. I mean, was that really necessary?

On the bottom of our Most Misogynist Bullshit Storyline list and our top Feminist Icon is Merida from Brave. Her dad is like, “Here are a bunch of randos that are going to compete for your hand in marriage by shooting arrows.” And Merida’s like, “Nah. I’m about to bust all these punk asses and win my own hand in marriage.”

Don't believe me? Watch this.

Who’s crying? ANYONE (besides me?)

What I’m saying here is, Disney is probably getting better at this, but they have a lot of years of lifting up the patriarchy (and also being fatphobic AF) to undo before they get any blue ribbons from me.

*Special thanks to my daughter, Kelsey, for help with this list — the ultimate feminist princess resource.​

If you like this article, please share it! Your clicks keep us alive!
Tags
disney princesses
Disney
Kristen Bell
feminism
feminist