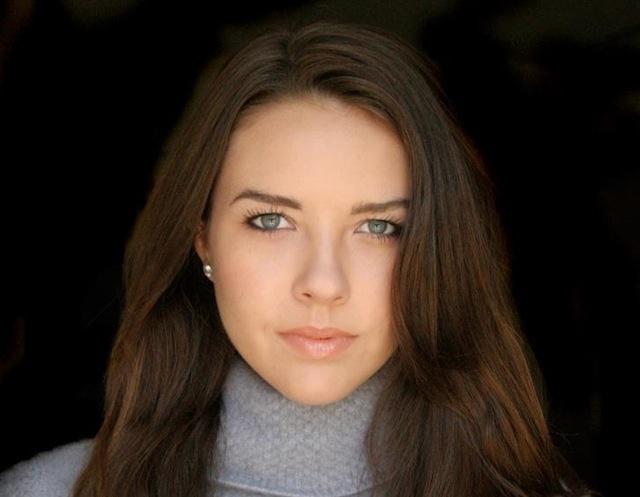 We’ve all felt misunderstood or made life-changing mistakes that have unfortunately stayed with us. No one knows this more than Alexis Neiers. You may have watched every episode of Pretty Wild on E! or perhaps you have seen the Sophia Coppola movie The Bling Ring, which was loosely based on her life, but you probably didn’t know the real Alexis Neiers, until now. She is no longer the wild child on a reality show, addicted to drugs and living in a motel in a seedy part of Hollywood. Sober for over four years now, her life is dedicated to her new career as a doula and birth educator, as well as being a wife to Evan Haines and mother to two-year-old Harper.

Alexis doesn’t give many interviews, but I had the privilege of speaking with her. While I knew she wasn’t the person the media has portrayed, what surprised me the most about Alexis is that she is incredibly smart and wise beyond her years. She is a woman who really cares about other women. Even over the phone, she radiated positivity. If anyone deserves a second chance, it is Alexis, and she is using her second chance to change the world in amazing ways, especially for women.

How do Pretty Wild and The Bling Ring affect you to this day?

It was the best thing that ever happened to me. No one will know what happened that night, or what little involvement I had or what happened with the case and the detective. I became the face of something I had very little to do with. There’s such a bigger picture to my side of that.

At the time I was filming (my reality show, Pretty Wild), my addiction skyrocketed because of the amount of funds I had to use and party. So, I went from smoking one Oxycontin a day, to smoking 20 a day with my sister. My disease progressed and I was in no way capable of fighting the case. I was incapable of growing up, but it just wasn’t because of the drugs, it was because of deep-rooted trauma. I was masking that for so many years.

When I went to jail, I had to detox, which was horrible. When you are in protective custody and you are in a cell by yourself 23 hours a day, you start to look at your life and where you’ve gone. I thought to myself, “How did this happen?” When I was 15, I graduated high school early. I was really smart and I’d never been in trouble before in my life. Overall I was a pretty decent kid, given the circumstances I had growing up.

How do you feel about The Bling Ring movie?

The majority of the movie was false and bullshit. It didn’t touch on something that was a common thread with Nick, Tess and myself, which was severe drug addiction (being alcoholics and addicts). I’m not saying that it’s an excuse for bad behavior, but I’m saying it plays a part. The movie didn’t give an honest depiction of what our lives were really like. I wasn’t that glamorous. I was chasing around drug dealers, smoking heroin. I lived in the Best Western on Franklin and Vine, while pretending to live in this huge glamorous house.

Do you think being in recovery makes you a better mother?

Getting into recovery made me a woman. I had no life and coping skills at all. Taking an honest look at my life, working the steps, and doing therapy made me into a better person. The tools I now have definitely make me a better mother. It’s awareness. 12 step programs are amazing and the most solid foundation you can give yourself. The past year of sobriety has been about finding balance for me, not having extreme beliefs or ideas, B=being present. It’s so easy to be on autopilot—not really being present with my daughter, or in my life, and be aware and in tune with the world. When I’m not being present, I’m running my life on self-will. I can easily be miserable and get off track. 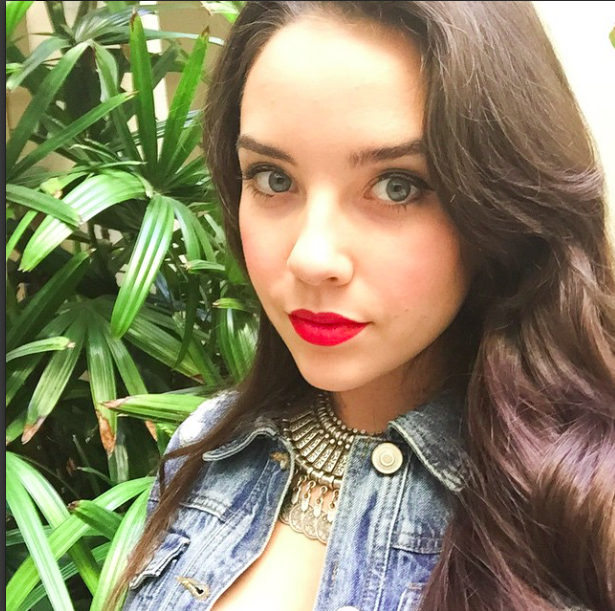 Post Bling Ring, you could have disappeared from the public eye. You could have changed your name and started your life over and no one would have known any different. Instead, you chose to remain a public figure and openly share your story. This also makes you a target. Why did you decide to stay in the public eye?

I’ve always had an instinctual feeling to be an activist. It’s part of my personality. There’s a real epidemic in America with the use of drugs, especially opiates and heroin. I have seen so many of my friends die over the years. And there are a number of causes I fight for.

How did you become a drug counselor?

I was sentenced to a year of treatment at SOBA recovery. The owner told me I needed to do something. He encouraged me to do a CAADAC program. I was doing my own therapeutic work while in treatment and learning about early childhood trauma and the way the brain develops. I was extremely fascinated at not only how it related to my own life, but so many of my family members. I don’t think it was a conscious decision. As I did more and more work, I wanted to be the voice for all the addicts who didn’t have one. I want to educate families on addiction and about how the disease works.

How and why did you become a doula?

I was planning on having a home birth and I ended up having a C-section. It’s not the surgery itself that was so traumatic (although the recovery was difficult): It wasn’t the birth that I wanted. The way I was treated in the hospital was traumatic. I didn’t have a voice. I wasn’t being heard or acknowledged. The whole experience wasn’t great, but of course my daughter was absolutely worth it. Instead of being angry, I wanted to figure out how I could help.

Knowledge is power and even though we have a 33% C-section rate, mothers are not fully informed. They don’t have full informed consent for most of the procedures that take place in the hospital. Having knowledge about alternatives is so important because birth is so incredibly huge experience and right of passage in a woman’s life. It can be extremely traumatizing. It can ruin your marriage and destroy your mental health. The mom can have a poor experience and doesn’t have a community to heal with or to voice her feelings about birth.

The way pregnant women are treated is a huge feminist issue that’s not talked about. Now I work with mommies to help them through the labor, delivery and pregnancy they desire to have.

Natural childbirth is not for everybody. I like to call myself “the balanced doula.” I’m not against epidurals. I’m not against hospital births. But I am pro-informed consent and having full knowledge of alternatives.

Are you still working with addicts and alcoholics?

I still work with alcoholics and addicts, but I don’t work as a counselor right now. I do service in other ways. My husband owns a treatment center in Malibu called Acadia. It’s hard to look at severe trauma or early childhood sexual trauma, like being raped, which I was later on in my life, too or any of these traumatic experiences as a positive thing, but it really benefits these girls when I go to Acadia. My intention isn’t to fix them or help them, but to talk to them and really hear them. I acknowledge their feelings and relate to them. I just go there out of love. I learned that helping others helps me. My heart is working with young, addicted moms.