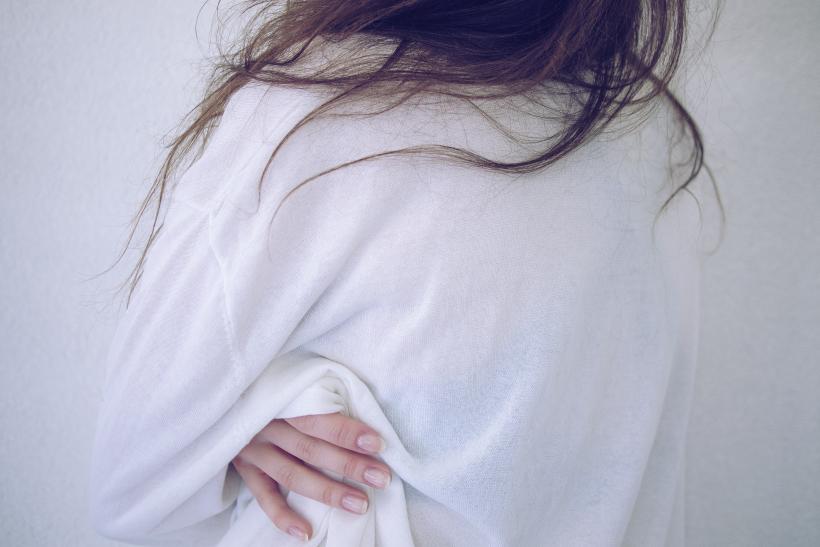 Photo by Daria Nepriakhina on Unsplash

At the age of seven I started compulsively pulling out my eyelashes and eyebrows. I distinctly remember the moment when I looked at myself in the mirror, and realized that I had pulled so much that there were no hairs left. This is when I first experienced both self-awareness, and shame.

I was later diagnosed with trichotillomania, a disorder that is thought to affect up to 4% of the population worldwide. The DSM claims that it is predominantly women who are affected in a staggering 10 to 1 ratio, and categorizes this condition as a Body Focused Repetitive Behavior (BFRB). Trichotillomania is a complex disorder, as its sufferers are not only impacted by the traumas of experiencing hair loss, but also by the stigmatization that comes with having a visible mental illness.

My own experiences with trichotillomania have brought that persistent feeling of shame into my adult life.

I have spent years, and hundreds of dollars, finding ways to cover up my bald spots. Fear of disclosure has also taught me to lie to those closest to me, to the point where lying has become second nature.

I now realize that trichotillomania has made intimacy difficult for me. I think that I am inherently someone who loves sex, and craves human contact. However, I have spent so much of my life shrinking away from people who get too close to me. I am aware of the fact that certain lighting can make it easier to see that I am wearing false eyelashes, and I have spent years avoiding swimming so that no one would see me without makeup.

Every time I go on a first date, I wonder how soon I should tell the person that I have trichotillomania.

When I was younger I didn’t tell people right away, but this lead to so much secrecy and anxiety for me. My trich makes every step of getting to know a lover more difficult. In the past it has made me feel like I had to have sex with the lights off, and once it is over I usually make an excuse to run to the washroom to check on my makeup. To me simple forms of intimacy like showering, or having a sleepover, are stressful.

I distinctly remember a time in high school when a girl in my class asked me point blank, “Do you pull out your eyelashes?” Years later I realized that she had asked me this because she was struggling with trichotillomania too, but at the time I was caught off-guard. I felt so ashamed by my condition that I couldn’t even make an excuse, or shrug off her question. Instead, I pretended that I didn’t hear her, and turned around and walked in the other direction. It is this type of discomfort that keeps people within the community isolated. At the time, I couldn’t even open myself up enough to find an ally who was also struggling with trich.

Now I try and tell people about my disorder right away. It’s like ripping off a band-aid. It’s also a unique scenario, as most people don’t reveal their darkest secrets to someone they just met. But when you have a visible mental illness you aren’t always afforded that type of privacy. For me, the only way that I can maintain some sort of autonomy is if I tell people on my own terms. Usually that means that I tell them right away before they have a chance to notice my hair loss themselves.

When I was seven I thought I was the only person in the world who pulled out my hair. Most doctors I went to at the time didn’t even know the name for my disorder. Now, thanks to social media, there is a much wider understanding of trichotillomania. The Internet has allowed people to create online communities, and has spread some awareness about BFRBs. It is a safe way to network with others who have similar experiences to you, and to realize that you are not alone.

Yet even in this changing world it is still immensely challenging to navigate dating with a BFRB. Every morning I fill in my microbladed eyebrows with a pencil, and put on eyeliner and false eyelashes. Only a select few people get to see me without makeup, and only after I know them very well.

After we started living together one of my exes admitted that he was shocked by the severity of my condition. I knew that me telling him about it had still not prepared him for the reality of my disorder. The thing is that I often spend all day containing my anxiety. That means that by the evening, in the comfort of my own home, my compulsive pulling can take over. I describe it as a sort of trance in which I am only semi-conscious. I can easily spend hours pulling. If I am able to stop myself during these moments, I am often overcome with obsessive urges that won’t go away until I pull out the hairs that I know are there. As you can imagine, this is difficult to convey to a partner.

It takes a lot of trust to open up to someone about a BFRB.

Even when I’ve lived with partners in the past, I have managed to find ways to pull without them knowing. I would often lock myself in the washroom for an hour at four in the morning to find some sort of privacy and relief. This type of behavior makes my disorder worse. Concealing has offered me liberation, but it is a double-edged sword. It also fosters the feeling that I am bad, and that I need to hide from those closest to me.

Over the years I have had many ups and downs with my trichotillomania. It is still the biggest obstacle for me when I navigate any type of intimacy, whether it be with a lover, a friend, a new roommate, or a family member. The biggest advice I can give to any woman who has a BFRB is that at the end of the day the people who love you most will love you with or without makeup. I still prefer to meet people with my makeup on, but I have realized that my hair loss is something that I will carry with me for my entire life. It is a fundamental part of my identity, and I can’t waste all of my energy trying to hide it.

Now that I am comfortable enough to discuss my BFRB, my interactions with others have started to change. To me, honesty is the first step of intimacy, and discussing my trichotillomania has enabled those closest to me to open up about their own struggles. At the age of 25, when I look in the mirror, I no longer feel the same sense of shame that I once did. There is no greater intimacy than the one I have been developing with myself. Now when I look at the mirror I am able to say: “I accept you, I forgive you, and you are worthy of love.”

Josephine Hendrick has a double major in English and Women and Gender Studies from the University of Alberta. She is currently enjoying finding her place as a writer, and mental health activist in the rainy city of Vancouver, Canada.