9 Parenting Mistakes Most (ALL) Of Us Make 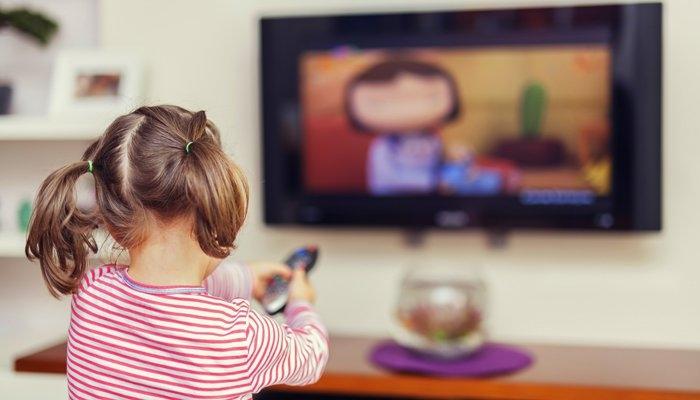 If I had a quarter for every time I’ve royally screwed up the whole “Being A Parent” thing, I could send at least one of my five kids to college. Which would actually be super helpful because have you SEEN how much college costs?

I’ve learned a couple of things in 22 years of screwing up parenting.

2. Your kids will probably turn out fine either way.

I’ve made the same mistakes a multitude of times, with each child. Which proves that A. I do not learn or B. Raising kids is sometimes so hard that even though you know yelling is probably not the best strategy to get your kids to pick up, you just do it anyway.

As previously mentioned: Yelling isn’t really effective. I mean, most of the time. Once I went hoarse screaming at my children to pick up crayons. They eventually did pick up the crayons, but they did so with such a look of terror in their eyes that it almost wasn’t worth it.

Not yelling is hard. We yell because we think raising our volume will somehow make them hear us better. We yell because when we have stepped on the 17th Lego of the day, we just don’t know how else to respond.

Not everyone does this. Some of us have read enough scientific literature to know that spanking damages kids brains or whatever.

Some of us have read all of that literature and STILL spank. Because literature was not written with a 40 pound five-year-old kicking you in the face.

Not everyone has the kind of patience it requires to calmly discuss with your toddler, 30 times daily, why they shouldn’t stand on the table.

Also, sometimes when your child is hitting their sibling, you HIT THEM while yelling DON’T HIT YOUR SISTER. This makes absolutely no sense.

But sometimes parenting makes no sense.

Move on. It’s not likely they will be a sociopath, even if they’ve been spanked a few times.

Some folks might argue that bribing is a perfectly reasonable way to get your kids to do something. But, hear me out, it’s not. It is totally not.

Once you’ve hopped on the Bribery Train, your child will probably start asking for a toy in exchange for getting out of bed.

Curses on the person who has forgotten what shopping with three kids under five is like.

So sometimes you’re going to resort to a sucker, or money, or toys — or maybe a new car, who knows.

If you’ve done this and you can’t seem to back your way out of the expectation that you’ll buy a treat every time you walk into a Target, all you have to do is stop. Deal with the hysteria for a couple of shopping trips and they’ll give up.

Parenting is basically an 18-year-long game of chicken.

4. Giving them too many choices

My great-grandmother, who came of age during the Depression, always said,“Kids these days have too many choices!” I believe she was right because she had literally zero choices (unless you count “eat beans or starve” as a choice) and she turned out pretty amazing.

She also used to say, “Men are just forked sticks with pants on.” Which I think loosely translated means, “Men are pretty worthless.” That has nothing to do with parenting, but it's pretty funny.

Present kids with five different options for lunch and they are just confused.

Give them two. Sometimes give them none, it’s good for them to have to just deal with what is in front of them. Because, life.

5. Repeatedly apologizing for things not in your control (or for your mistakes)

In the first two years after my divorce, every time one of my kids would act like a jerk, I would say something like, “I know things are really hard for you after the divorce and I’m SORRY, BUT _______ [insert thing they shouldn’t be doing].”

First of all, shit happens. Apologizing for being flawed is fine. But also, everyone is flawed.

There is a point at which your child is responsible for their own behavior. And even if they aren’t at that point, you’re giving them permission to use that shit against you.

“WELL if you and dad hadn’t gotten divorced.”

No. My mom has been married eight times. EIGHT. If I used her divorces as an explanation for my shitty behavior, I’d never leave the sofa.

6. Letting them watch TV all day

The studies are in and out and in about how much “damage” TV does to our kids' developing brains.

Here’s what I know. If you put your child in front of the television (even if they are A BABY) so you can get a shower, or finish dinner, or have sex with your partner whom you haven’t so much as looked at in a month, you will NOT break them.

That said, there have been times when the TV turns on at 7 and doesn’t turn off until I am too sick of Caillou to hear one more line of his whiny bullcrap.

This will not destroy your children.

7. Not making time for yourself

I know “alone time” FEELS selfish a lot of the time. But being able to recharge by doing something alone gives you the energy (and a fraction of the patience) needed to keep you from dropping your kids off at the nearest fire department.

Take the time. Even if you think you don’t really need the time, take it anyway. You’re still a person without your kids attached to you.

I raised my three older kids with scarcely a break in 8 years. Did this make me a more devoted mother? No. It just made me tired.

8. Trying to occupy them

It’s tempting to fill all the moments of the day to keep kids from getting “bored” (ie getting on your damn nerves), but it’s good to let kids get bored. I tell mine “only boring people are bored.” I don’t know if they believe this, but they all do recite it back to me, which means they heard it and I can use it against them later.

Let them get bored. Force them to find something to do with themselves. And if they can’t find anything, give them a Swiffer duster.

9. Berating yourself for every mistake

You’re going to screw things up, possibly even a lot.

Parenting doesn’t come with a manual, and even if it did, you still probably wouldn’t have time to read it.

Take it easy on yourself.

I Don't Love This Parenting Thing