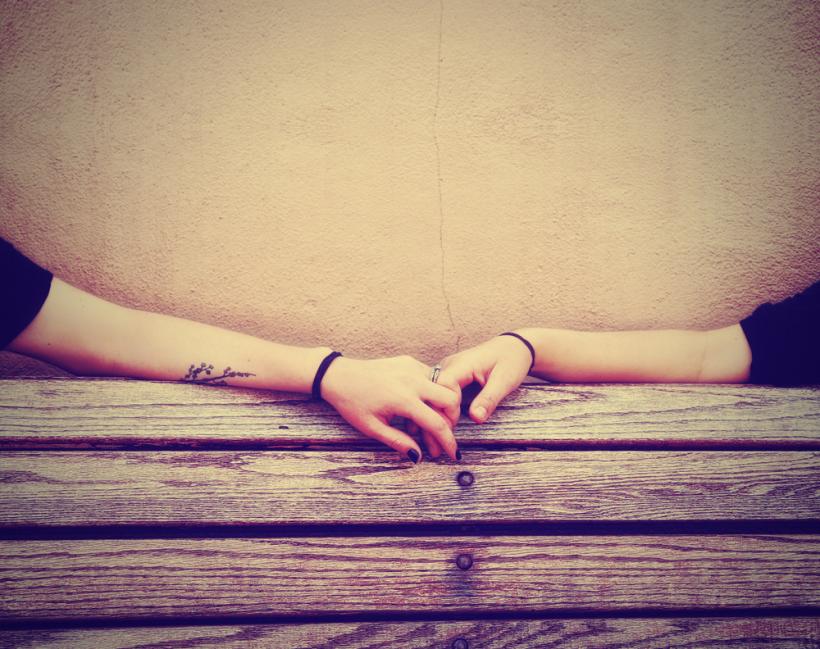 We experience anxiety very differently, but we can help each other in a way I have never experienced before.

“I get it” is usually my boyfriend’s response when I rattle off all the ways I feel anxious.

It’s usually in the midst of my heart beating out of my chest and my mind racing through thoughts like I’m running a marathon. I tend to resent that response because when you have anxiety, you feel like no one could possibly, actually, really get it.

However, when my partner says it, he means it.

He has anxiety, too. He feels it in different ways and at different moments, but after some time together, I’ve learned that he really does get it.

My ex-boyfriend used to get mad at me for feeling anxious. When we were together, I thought it was a good thing to have a partner who doesn’t experience anxiety. I quickly learned that maybe that could be true, but not with him. He never understood why I sometimes didn’t want to leave my house or what it felt like when I was filled with anxiety. Once, when I had a panic attack in the car, he said I was dramatic. He really didn’t get it.

This experience made me feel like anxiety was something to hide; I was ashamed.

Most men I’ve dated had no idea that I would leave their house to have a panic attack in my car before driving home. I found my fits of anxiety to be unattractive, so I would only let people in on this part of myself if I thought they’d understand what I was going through. Anxiety affects 40 million adults in the U.S., so it’s more common than my dating history would suggest.

No one I met understood until I met Noah*.  Somehow, I never felt like I had to hide any part of myself from him. Of course, I was slow to reveal just how debilitating anxiety could be for me — until it was all revealed on our first trip away together. He invited me to a weekend in the mountains at one of his friend’s houses. We were with a group of about ten people who all knew each other from college. For them, it was a reunion. For me, it was a weekend filled with insecurity and deep social anxiety.

You Might Also Like: Ask Erin: Is My Boyfriend Going To Leave Me Because Of My Mental Health Issues?

I had to step away several times throughout the weekend to collect myself, so I wouldn’t have a panic attack in front of all of the new people I had just met. At the time, my boyfriend didn’t know how bad I was feeling, but I didn’t want to tell him either because it seemed like the wrong time. There wasn’t even cell phone service, so I felt truly trapped. When we got home, I told him everything I had been feeling all weekend. And to my surprise, he was supportive. I was surprised because I had never been met with that kind of response. Since then, we’ve opened an honest dialogue about the way we feel. This is a great way for couples to cope with anxiety together.

“Having candid talks together on what they are feeling and validating those feelings is paramount,” according to therapist Daryl Cioffi.

When I’m anxious, my first instinct is to run. Literally. I once ran away from my ex-boyfriend at a mall because I couldn’t even be next to him. After I run, I isolate myself because I don’t want people to know all of the negative things I’m feeling. But Noah doesn’t let me run. He waits for me to be ready and doesn’t leave.

The thing is, being in a relationship is a lot harder than being single with anxiety.

When I was single, I could be miserable all by myself. I could avoid situations where I knew I’d be triggered and carefully choose where to spend my time. I could easily never leave my comfort zone because no one was there to show me how I was boxing myself in. Partners act as a mirror. When I started dating my boyfriend, he introduced me to new music, places, and people. As we started to mesh our lives together, I began finding myself in new territory often. I’m challenging myself more and enjoying it. Pushing myself outside my comfort zone has been easier with someone in my corner who will be there if I start to feel uncomfortable.

He feels the same way sometimes, even in familiar situations. When we were on a trip to visit his best friend, he had an anxiety attack in the car. He was able to talk through what he was feeling with me, and I helped to calm him. He does the same for me when I’m freaking out.

We have an understanding of each other that I don't think would be possible if we both weren't dealing with similar issues.

We experience anxiety very differently, but we can help each other in a way I have never experienced before.

The only times our shared anxiety issues have had a negative effect is when we feed on each other’s energy. If he’s feeling anxious, I sometimes will start to feel it myself even if I have no reason to. It isn’t often that we feel it at the same time, though.

The fact that I have someone to lean on is something I’m grateful for each day. Being able to open up about this part of myself and help my partner with his struggles had only made our relationship stronger. It’s comforting to have someone in my corner who really does “get it.”

If you like this article, please share it! Your clicks keep us alive!
Tags
Relationships
anxiety
dating with mental illness
anxiety disorders

Why I’m Glad I Went To Group Therapy, Even Though I Was Terrified
Gabrielle Sorto