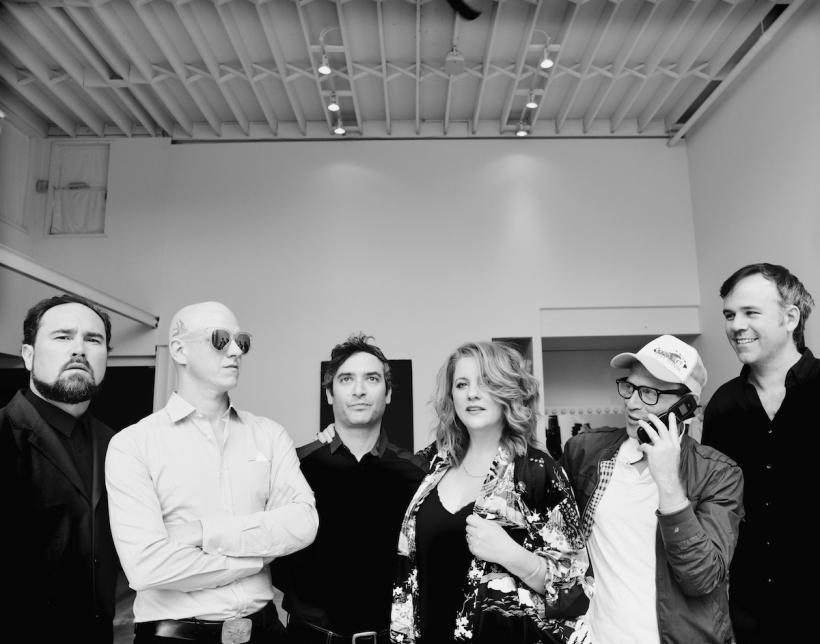 It comes as no surprise that the music industry is overwhelmingly male; just 5% of the people who produce and proliferate our music are women. This behind-the-scenes work might not have the glamor and audience of flashy pop star, but producers and sound engineers are just as essential as the artists they're working with. When all of those people are men, we aren't just pushing women out of an industry — we're limiting the range of human experience our real-life soundtrack can convey.

Amy Millan has had enough of that. Hailing from iconic Canadian indie bands Broken Social Scene and Stars, Amy has spent her fair share of time in the recording studio. She has a better view of music industry representation than most of us, and she's ready to see more women staring back from the other side of the booth. That's why she's bringing Women's Audio Mission to Canada through college seminars and grassroots programs that help individual women find jobs in creative tech.

I've listened to Amy since middle school, so it was a joy to get the chance to interview her about her start in music, women writing and producing their own sound, and how #MeToo and current conversations surrounding sexual assault can help make the music industry a place where tons of women can make cool stuff and put it out into the world.

Looking back on my musical childhood, you, Jenny Lewis, and Neko Case were women whose prolific music careers shaped a lot of my ideas about female musicians. I was so used to men being the people who had multiple projects and thriving solo work. Was that something you wanted from the outset, or did it happen more organically?

I have always loved collaboration but I wanted a home for all those private midnight songs I wrote. It was important for me to have my work stand on its own. It took a long time, a lot of money and a ton of work, but it was worth it.

Have you faced any resistance because of your ambition?

I think what is unique to our community, is there is always a circle of encouragement. We will always arrive in the front for each other. I think the only resistance I have faced is within myself.

There's a lot of talk about women being more visible in the arts, but your work highlights the equal (if not more so!) importance of putting women behind-the-scenes. Besides the obvious necessity, what draws you to focus on production and engineering in music?

Because it is wildly unbalanced. If I look back on every radio session, studio head, in house engineer etc, that I have come in contact, they have all been men. It shouldn't be so much work to try to search out women for the job.

Of all your musical work, what are you most proud of and why?

Stars. I'm proud to still be in a band. We have been through so much together, a lot good but also a ton of bad. Like a marriage, I am incredibly proud of us for working through our shit and sticking together and not giving up.

How are women in music treated differently now than they were when you were first starting out? What frustrating roadblocks still don't seem to be changing?

I do think we all have to watch out for bullies. I think it will take time but I hope we will see much more women behind the scenes with the work of Women's Audio Mission, and trying to bring that mission to Canada. I think perception is key, and I think women aren't perceived as being the engineers and producers so we need to up that visibility. If she can see it, she can be it.

What female music producers are you loving right now? Any dream collabs that you long for?

What I find interesting now is the huge wave of self produced women in the industry. Lido Pimienta, Grimes, Emily Haines, Wondagurl, Fatima Al Qadiri... the list goes on.

Selfishly, I would like to keep getting better at production. Stars run our own little studio and I've been working to learn my way around ableton. My dream would be to get polished enough to collab with an artist as their producer.

Before the Weinstein story, in Canada we had a huge story come out about a famous radio journalist three years ago. What has been so gratifying these past few weeks is seeing how many women are finally able to come forward and actually be believed. The history is, people don't care or believe women who are involved in sexual harassment or assault cases, so women have stayed silent.

Our Rose McGowan was a woman named Kathryn Borel who had the incredible courage coming forward against this powerful and influential journalist. I wish I had been as brave. I hope now that there is this watershed moment, women will feel safe in coming forward and will be protected instead of having to ignore transgressions and perhaps be intimidated away from a career path.

There is a song on our new album called "Real Thing" about this very theme. It was gratifying to be able to write about it.

What would you say to a young woman feeling discouraged about striking out into a creative field? What do you wish someone had told you at the beginning of your career?

We were always told in art school "If you CAN do something else, do it." Being an artist isn't a choice. I never listened to much advice, but maybe to always stay away from tap beer unless you're in Europe.

Support the Women's Audio Mission by donating here or — even better — getting involved yourself.

Find Amy Millan on Twitter and check out her solo work here.

If you like this article, please share it! Your clicks keep us alive!
Tags
Music
Interview
representation
#metoo
Sexual Assault