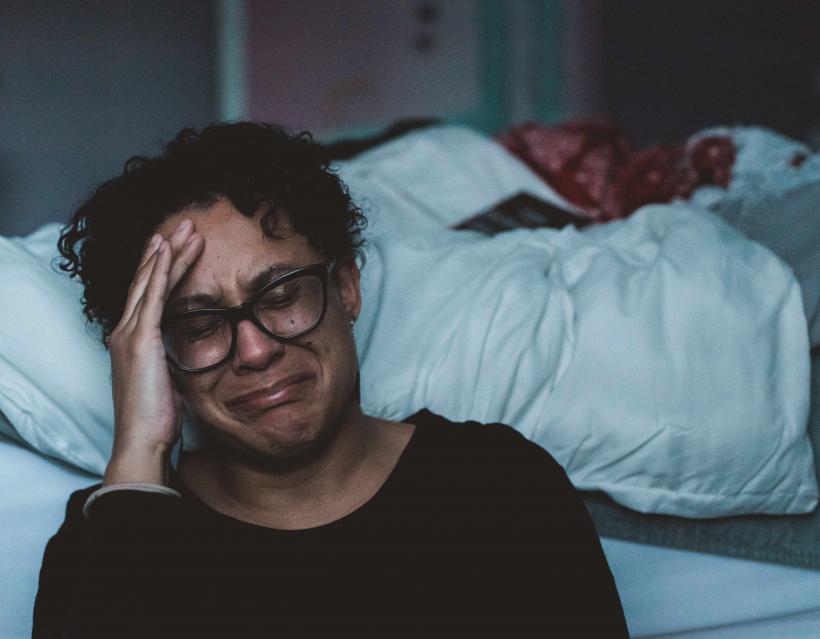 Photo by Claudia on Unsplash

Sometimes Sunday is family movie night. I mean, to be honest, sometimes the kids have had so many screens by Sunday night that we can’t really in good conscience let them watch on more minute, but this was not that Sunday. This Sunday was the ancient Spielberg classic, E.T. — or it was supposed to be.

That was the plan right up until the moment that my seven-year-old threw a tantrum so epic that we had to shut all the windows to hopefully prevent our neighbors from calling CPS. This tantrum pushed me right to edge of what can only be described as insanity. It would have been one thing if this was the first tantrum of the day, but it was more like the ninth. I can’t be sure; I lost count around five.

Either way, by 8 pm on a day that started at 6 am, you can bet I was second-guessing my decision to have children. In fact, I was second-guessing almost every decision I’ve ever made, including the one to get out of bed today. I want to feel the overwhelming sense of appreciation that our culture makes me feel like I should — with its “Attitude of Gratitude” and “3 Things I’m Thankful For” journals and Oprah and all that — but I just can’t. Not today. Maybe not tomorrow. Maybe never again; I can’t be sure.

Last week a woman emailed me to tell me that she regretted having kids. She went on to tell me that she didn’t feel like she could say this to anyone. She said she just knew her friends with their perfect children and their seemingly delightful lives would think she was a terrible person if she ever were to reveal the truth of her feelings about motherhood — about being a parent at all.

These kinds of emails I usually answer with a response of solidarity and support, but this one felt like it needed something more public. Not because I want to air her dirty (and totally normal) laundry, but because I know she’s not alone. And to take it even a step further, I know that the moms who have confided that they have, at least on occasion, regretted having kids, by and large feel like horrible people. I believe that’s a culturally-created guilt that is not only isolating but damaging.

We cannot process emotions if we aren’t allowed to acknowledge that we have them.

So I went to Instagram, and I asked my followers how many of them regretted having kids. The results were surprising — about 70% of those responding said: “no, never.” Thirty percent said "yes," and about 10% of those people offered a caveat. About another 20% neglected to answer the question as A or B and instead messaged me to say something in between.

Some of the “in-betweens” included women who regretted having kids young or who regretted having them when they weren’t financially stable. More than a couple of women told me it wasn’t the kids they regret so much as the person they chose to have the kids with. There were a couple of women who said they regretted having kids because of their own emotional or mental instability (which isn’t surprising since I have a lot of friends and followers with mental illness.) A few women regretted the number of kids (too many) or the cultural expectation they felt pressuring them to have more than one.

Some folks stated plainly that they wish they hadn’t had kids at all. Period. The end.

Almost every one of the people who told me they regretted having kids (either now or at some point previously) said that they felt terrible for feeling that way. And of course they do; they feel alone in it. They voted, and they saw the 70% of women who said they didn’t regret their kids and were surprised (and ashamed) by their own answers.

I’m not going to make such a bold statement as to say that everyone regrets having kids at least ONCE in their time as a parent (so, FOREVER), but I am going to say that I think some of that 70% is probably not being 100% truthful. Not with me (because who the hell am I?), but with themselves.

Here’s why: I think people feel like if they speak the truth about the struggle to love this life-sucking work, they might lose all they have. I lost my first daughter. When I lost her, I swore to the God, heaven, and anyone that would listen that if I could just have a child, I would never take having that child for granted.

Then that child came. And she was a gift. She also had colic and cried for something like six straight months.

Still, I never regretted it. I was exhausted and mostly alone but also profoundly and almost irreparably wounded by my past and afraid that if I said “what did I DO?” that the universe would steal her from me as quickly as it gave her.

When she was two, I got pregnant with her brother (not intentionally). Still, I oozed gratitude. Then he was born, and he was harder — not until he was one, but after that,  even harder than her. Even still, I had gratitude among the difficulty.

And then when he was just barely one, I got pregnant with his brother (not intentionally and I know you’re thinking “DO YOU KNOW HOW THIS WORKS?” and the answer is I do but he had other plans, and they did not include my birth control pill).

My pregnancy with him was a breeze, and he was an easy baby — the easiest. So easy that I felt like maybe I’d been given some kind of reward for parenting a colicky infant and tantrum-y toddler.

I don’t think I felt much regret (or not much I can remember, which honestly might be a blind spot of exhaustion) until I had the last two.

There are reasons for this. I’m older. Age has made me more patient but only because I’ve been doing this 23 years and I’m really just exhausted. Also, I was almost done with having small kids (there are ten years between number three and four) and not prepared for the difficulty of doing it all over again. And because we were older, we had these kids very early in our marriage (actually even before we were married) which meant we got very little time without kids (about 11 months). Plus, my husband worked away from home three days a week for the first eight years of our marriage (and all of their infancy and toddler years), and solo-parenting is hard.

Anyway, you get what I’m saying, some of the regret is definitely situational. But some of it is also just that this is soul-sucking work. Raising kids takes everything from you and (especially if you’re a mother or primary caregiver) leaves you with almost nothing for yourself.

You might say that I’ve travelled far enough from the fear of having my kids snatched from me that I’m bolder, brazen, that I’ve lost sight of the blessing that is children. You might say I was too young to know regret or too naive to care back that. You might go ahead and say I am a terrible person.

But I don’t think so, and I will defend this position, not just for myself — I’m too old and have too much hate mail to care what people think about me — but for you, for every one of you who told me you felt small for answering honestly and saw how alone you are in your regret.

I think the fundamental problem here is that our culture has made us believe that two apparently opposing emotions cannot co-exist.

You can’t be scared and happy.

You can’t be sad and also in love.

You can’t be excited and terrified.

You can’t be angry and want peace.

You can’t defend your politics and be loving to those who oppose you.

You can’t possibly regret having kids and still be absolutely in love with them and grateful for their existence.

Life just isn’t that black and white. You can be all those things, and I don’t think you should feel guilty about it. Guilt isn’t productive. Shame won’t help you heal. Hiding from your feelings isn’t going to make them resolve. As my husband said to me today, driving straight on a curvy road doesn’t make the road straight; it just makes you wreck into the side of the mountain.