Stop Making People Feel Bad For Staying Inside During Summer 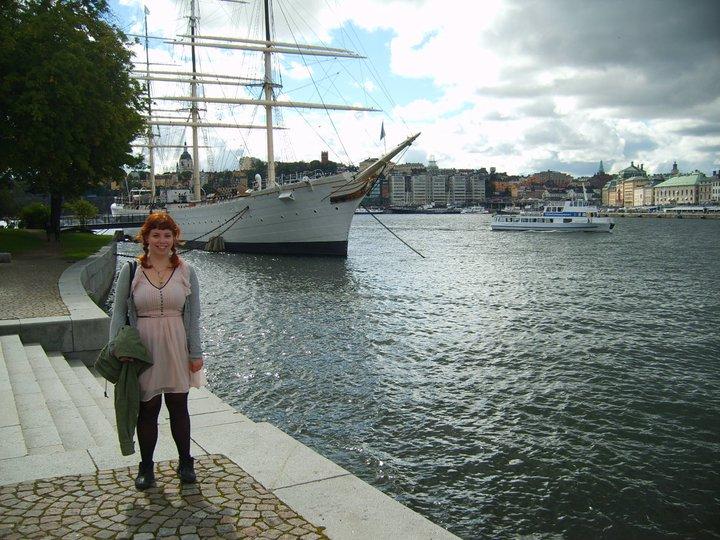 In mild September, my favorite time of year.

I’m a Taurus sun and I live in central Europe, meaning that on every birthday in recent memory, I have been drowning in my pollen allergies and squinting at the sun. I’ve been armed with antihistamines, tissues, and sunglasses, yet still miserable. Add that to the fact that birthdays are typically supposed to be big, fun events where you’re on the top of your game — moments to be shared — and you have a recipe for feeling like the world’s biggest downer.

I don’t find this time of year that fun.

It could be an evolutionary hangover from the stress of exam season, but it also goes a little deeper.

Don’t get me wrong: after an unforgiving, dark winter, I am always grateful for the reprieve of the blue skies and peachy evenings. But I just can’t get excited about the specter of the warmer months. In fact, when spring comes around in Berlin, we pretty much already treat it like summer — and in my native Britain, it’s a well-worn joke that everyone strips off and heads to the park when it gets above 60°F or so.

Once the cherry blossoms peek out, there is this tacit pressure to spend time outside.

You might feel it through hopeful Instagram sponsored posts from a cute new café, urging you to hop over there on your bike and spend the afternoon sitting outside while sipping their homemade ginger matcha lemonade. Or maybe, well-meaning friends, will straight-up tell you that you shouldn’t be indoors doing your freelance work when it’s sunny (even though deadlines are set in concrete and bills need to be paid!).

I’ve felt called out for my odd biochemical cocktail ever since my high school boyfriend persistently quoted a “humorous” song about hay fever by his favorite band whenever I was feeling sad, snotty, and not particularly up for moving my body at all (whether this was in spite of or because of the sun beating down outside, I couldn’t tell). With lines like “How can you talk that way / On such a lovely day?” and “Stop your bellyaching / We all know what it’s like”, it was hard not to feel taunted. If it was all just a matter of just blowing my nose, I thought, what the heck was wrong with my head?

On top of the hay fever symptoms that I anticipate every spring, my anxiety and depression are year-round ailments that make basic activities very challenging — and if I do manage to get out there and be social, it can feel uncomfortable or even painful, depleting my energy reserves for the rest of the week. A recent study indicates that hay fever sufferers have a 10.8% risk of developing a psychiatric disorder (or aggravating an existing one).

While the sun does yield Vitamin D, which is known to fight depressive symptoms, for me its effects are counteracted by the increased temperatures and general mugginess which lead to irritability, not to mention heat exhaustion. For the relatively few people that suffer from “reverse SAD”, it is thought that the extra light interferes with circadian rhythms, leading to poor sleep.

I can sum up how it feels in one word: oversaturation.

The difficulties that summer brings have also seeped into my professional life. At one office, my desk was on the top floor of a glass-walled building. It was just like sitting under a magnifying glass. The job wasn’t for me, but maybe its daily frustrations could have been more manageable if it hadn’t been for the hot, bright conditions and the way they sapped my stamina and put my brain in a haze. Even if the ghastly window were removed from the equation, I was still surrounded by little nuisances that seemed not to faze everyone else.

How could I express to my bosses that I felt like I was dying despite the air conditioning? Was I going to join colleagues for lunch today on the terrace, when the sun was at its peak? How long was my body going to keep being able to walk up four flights of stairs twice a day in this heat, despite promises that the elevator was going to be repaired soon? My colleagues exhibited sympathy about my unfortunate desk location, but nothing hindered them from carrying out their work. Being slimmer and fitter than me, they happily took the stairs; their attitude towards the broken elevator was one of mild annoyance.

In these ways, hating summer is very lonely. When you are depressed, you’re constantly second-guessing yourself anyway, and your mind’s sending you messages that you deserve to feel like crap because you’re not trying hard enough. When everyone around seems to perceive things differently, it can feel like a concentrated offensive against you, making things one hundred times worse. So you end up blaming yourself, caught in these negative thought cycles.

And, of course, working in an office where you can take flexible breaks and dress however you want is a privilege. When I was in retail, being on my feet for hours helped me just about maintain my energy levels during a heatwave. It made the day pass quickly, but it came at a price. With a heavy heart, I frequently canceled plans for my days off and spent them unable to do much more than spread out on my bed, going to the kitchen to replenish my water supply, and waiting for the cooler evening to deliver me from the anguish. I also experienced gut complaints during this time, and was tested for IBS and Crohn’s, but it was later concluded that these were anxiety symptoms.

I have consulted doctors about how poorly I cope with summer, but they have only pointed towards my mental illnesses, and very helpfully reminded me that in most cases, people only feel this bad during the winter. Why isn’t there a drug that could help me exist normally for a quarter of the year?

In principle, I’ve nothing against joining you at the lake for the afternoon. Trust me, I get the logic of going outdoors when it’s nice out, and being in the water can be restorative. But this is the thing: I am ill. Being out somewhere unfamiliar, where I can’t easily get to a safe space, sometimes makes me panic. I can’t just enjoy it. “Enjoyment” is such a nebulous concept anyway, and when you’re down, it’s so far out of reach.

Mental illness doesn’t switch off for the summer — it just feels different. Sometimes it even feels worse.

I have faith that someday I’ll be able to give you a definite and enthusiastic “yes” to hanging out in the sun for hours, but for now, the only way for me to get through summer is to take each day at a time and stick to a routine, keeping myself focused on my projects and socializing on the days I do feel well. But feeling guilty isn’t going to make that day come any quicker.

If you like this article, please share it! Your clicks keep us alive!
Tags
Depression
seasonal depression
summer
mental health
mental wellness