A Trump Voter At My Kitchen Table 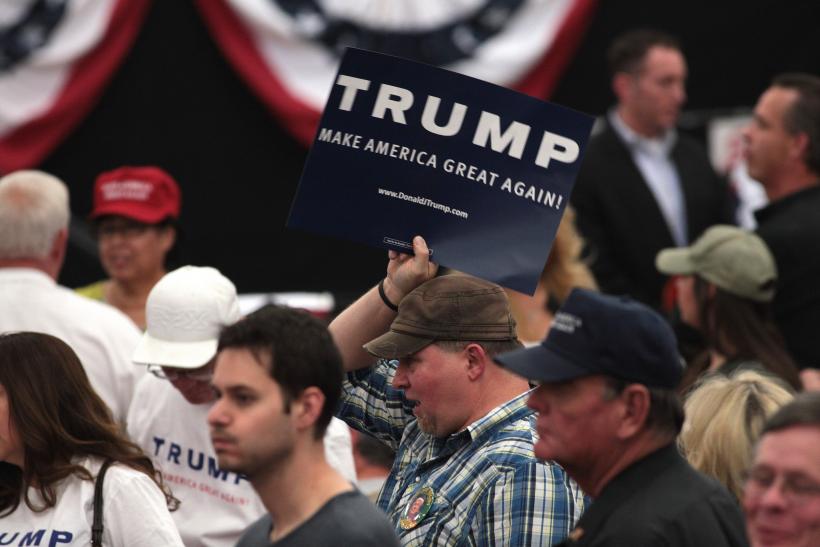 Rafael voted for Trump, and he still supports the man. It's a testament to my isolated bubble that I had no idea how to respond. (Image Credit: Flickr/Gage Skidmore)

I had written today’s political recap about the POTUS and the Pope, with that great combo of alliteration and assonance — easy headline gold. Plus, I know a bit about Argentines, and I was bringing that culture (Pope Francis hails from the land of Lionel Messi and fernet) into the discussion, giving the Vatican a deserved South American flair fitting for its current leader. I’d even incorporated the “Hand of God” clip of soccer legend Maradona.

It was a beautiful article.

Then my computer froze and I lost the whole thing.

At first all I felt was the unmitigated defeat of everyone who has ever been too confident in their MacBook’s superior tech to take the measly 1.5 seconds required to hit the “Save” button. I looked down the long, hard road of trying to recreate my Argentine pope masterpiece and thought I might actually cry, if only I weren’t so exhausted.

But then I realized I’d banked a striking and extraordinary experience earlier today, and it earned itself a recap of its own.

I had a Trump voter sitting at my kitchen table this morning.

It’s not that I don’t know anyone who voted for the guy (I do). It’s not that I’ve never conversed with said voters on the subject of their ballot (I have).

It just took me by surprise today. We’re moving, and had paperwork to sign that required us to be present hundreds of miles away, and neither my husband nor I were interested in another plane ride if an alternative existed. And thus Rafael, the mobile notary, came to our house.

I’m going to call him Rafael, though it’s a pseudonym. I’m using “Rafael” because Rafael was Cuban (I know this because he told us so, several times), and so is Ted Cruz, and also Cruz was named “Rafael” at birth, but decided at 13 to legally change his own name to Ted, so you know… it just feels right, somehow.

Anyway, the topic of Trump came up, and Rafael was immediately and vocally enthusiastic. Here were his thoughts on the POTUS:

1. If someone new weren’t elected, the D.C. corruption would just continue forever.

2. Double the quota of immigrants, but they have to be “legal.” Obama and the Dems were too “pro-Hispanic.”

I guess I tried to keep my mouth off the floor, because that felt like a rude look for a hostess.

The “pro-Hispanic” thing would have been easier to deal with if Rafael weren’t Cuban. And actually, now that I think about it, his first comment was that Marco Rubio was okay (also Cuban), but Rubio was the one who was too “pro-Hispanic.” Then he included Obama and the Dems in this boat, and then went on to emphasize he wanted more immigration, but legal. “Double the quotas,” but they had to be through a system, so they could be taxed.

When a Cuban man is sitting in your house, handing you legal documents to sign, and complaining that Democrats are too pro-Hispanic, the shock can be overwhelming. "Am I missing something?" you wonder. "How are we seeing this thing so differently?"

When he asked me why I didn’t like Trump, the collective weight of all the reasons crushed my brain, and I murmured, “Where to start?”

Rafael did not wait for me to organize my anti-Trump arguments. He just started passing us paperwork to sign.

He was efficient, very professional.

I was discombobulated. And indeed, I still feel that way.

I realized, later, after it no longer mattered, that the foremost thing that frightens me about Trump is his free and easy way with dictators, his untethered approach to foreign policy. Because a wrong word here or there, and we could find ourselves in conflicts we have no business OR REASON to be in. We can also, by sheer negligence, help facilitate mass atrocities like what's happening in Syria.

I did not formulate that in time to share with Rafael.

Also, Trump’s budget cuts would result in one million people dying of AIDS. Yes, you read that right: one million dead human beings, because Trump wants a balanced budget, but refuses to touch the sacred vote cows of social security and Medicare. So he’s slashing the State Department, the Arts, the Department of Education, the EPA, and naturally, foreign aid — the kind of which saves lives.

Somehow, I couldn’t boil that down concisely, didn’t share that horrifying fact with Rafael, lost out on this rare opportunity to actually converse by talking with someone outside my bubble. For once.

Of course, the reasons could go on indefinitely. There’s the potential Russian collusion, for sure. There’s the domestic cuts to Medicaid and the imbecilic cruelty of the ACHA. There’s the nastiness of the man’s personal life, all the harassment and lowered standards of basic decorum. There are the countless, perhaps unquantifiable, slights and threats to minorities.

But when a Cuban man is sitting in your house, handing you legal documents to sign, and complaining that Democrats are too pro-Hispanic, the shock can be overwhelming.

Am I missing something, you wonder? How are we seeing this thing so differently?

But can that really be all of it? How can a seemingly nice guy be so deeply misguided about the quality of our current president?

I know that my hard-core liberal friends would tell me I had been timid, weak, hopelessly inconsequential. If he has no qualms about supporting someone with the character deficit of Trump, why should I hesitate to go forth boldly with my own righteous rightness? There's no reason to back down, no excuse to back off, it's time to get up in people's faces, etc., etc.

That's not how it feels in real life, though. Not to me. As I said above, I do know people who voted for Trump. Some of them are people I love and respect. They think I am as wrong as I think they are (I am right, though).

Down on the interpersonal, one-on-one human level, the calculus changes. There's a guest in my home, and he thinks Trump is great. My job as a host, as Christian, as a client, is to be gracious. Not a doormat, but kind. And that is in direct opposition to my job as citizen, as a writer, as an ally, as someone deeply invested in trying to prevent the catastrophe that is Trump from becoming a new American norm. And so: it was a confusing moment. I froze.

Here’s where the confusion is gone, though. The next time someone asks me what my “problem” with Trump is, I’m going to tell them. Not one reason, not two: all of them.

I will keep talking until said person leaves, if I have to.

Rafael, I hear you. But from now on, I'm going to ask that you hear me too.

If you like this article, please share it! Your clicks keep us alive!
Tags
Trump
voter
support
Politics
opposition
Republican
Immigration 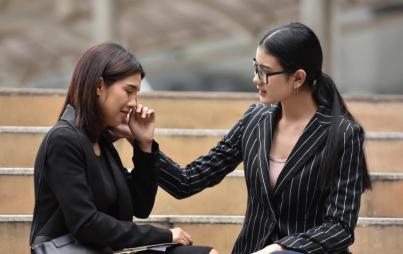 6 Questions To Ask Someone You Love When They're Fighting Depression