Why Did Jon Ossoff Lose? Blame The Message & The Messenger 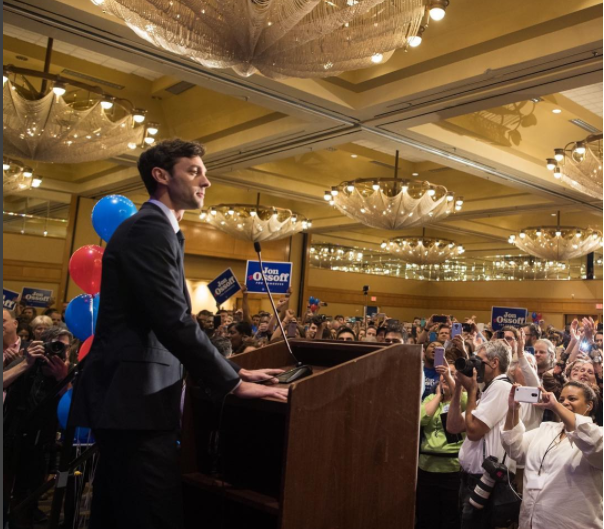 Democrats need a unified, coherent message. They need to be about something more than a scattered smattering of talking points and focus group issues. They need a big idea. (Image Credit: Instagram/jonossoff)

Democrat Jon Ossoff lost to Republican Karen Handel in Georgia’s special election for its 6th district House seat, but you will have heard that news by now. The question of why Ossoff lost will be a welcome gnawing bone for the yacking class of political pundits, and I confess myself happy to indulge.

But also: I did not expect Ossoff to win. This suggests that whatever opinionating follows can be treated with a 1 – 2 percent higher chance of validity than the average think piece (not really). Onwards we go.

For now, let’s review the myriad problems posing a near extinction-level threat to the Democratic party as it exists today.

Many of those problems are exemplified by Ossoff. Here is a good looking, young (30!) man who grew up well-to-do. He attended an elite private school that helped him secure an internship under none other than the Civil Rights hero, Rep. John Lewis. He graduated from Georgetown University. He earned a Master’s Degree at the London School of Economics. He worked some more in government. He started an investigative documentary film company. As for his political presence, The New Yorker compares his “deliberate” manner of speaking to none other than President Obama.

I like all of this a lot. I like braininess in general. I’m all for intellectual pursuits, and feel documentary filmmaking is that 100 emoji with the underlines. (I can blissfully binge documentaries. All. Day. Long.)

But while Ossoff’s accomplishments make for an impressive resume, did he make sense as a winning candidate in this election, which was — like all politics — local? 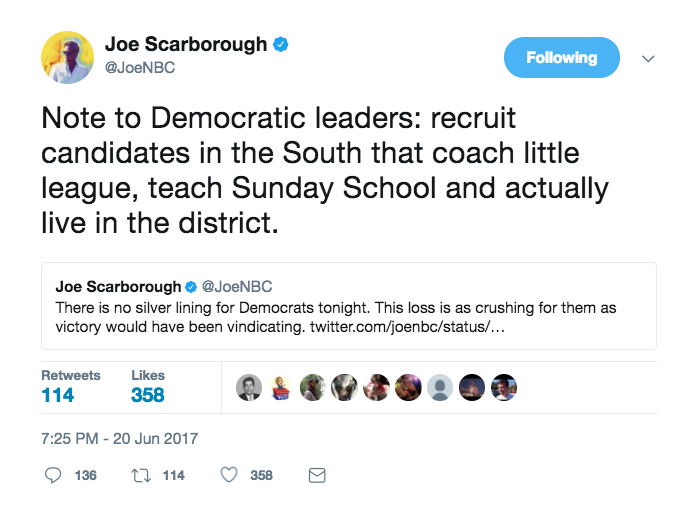 After the most expensive House race in history, the answer is obviously no. Georgia’s 6th district is “affluent,” “suburban,” and “well-educated,” as described by The Atlantic. If Ossoff’s Grade A credentials couldn’t get him over the finish line there, Democrats have reason to perhaps start panicking.

That’s because their preferred presentation — smart and well-educated, thoughtful and calm — is not going over well with the voters. At least, it’s not a winning look for voters in Georgia.

Want more proof Dems need to step up their candidate game? Recall what happened in late spring in Bozeman, Montana.

I felt Ossoff was destined to lose on May 25, the fateful day on which Republican Greg Gianforte won in Montana. Out of the four special elections held since President Trump took office, the contest for the Treasure State’s sole House seat was the most ominous for Democrats.

Scratch that. Gianforte’s win was the most ominous for the whole country.

On the eve of polling day for Montana residents, Gianforte assaulted reporter Ben Jacobs. The journalist for The Guardian asked the billionaire candidate a question apparently one too many times, and Gianforte’s patience ran out. He body slammed Jacobs, broke his glasses, swore at him, and subsequently issued a statement blaming Jacobs for “aggressive” behavior.

Gianforte’s opponent Quist traveled around the state with a guitar, singing folksy songs at campaign stops, and painting one of the more bizarre, though blessedly benign, political figures in recent memory. Montana voted for the guy who assaulted a journalist.

I’m not here to rip on Montanans for their choice. After handing Trump a win margin of 20 points, Gianforte beat Democrat opponent Rob Quist by only five points. And 73 percent of the vote had already been cast before Gianforte unleashed his toxic vomit of caveman macho on Jacobs.

(I am happy to rip a Republican party that will swear Gianforte into Congress, though.)

But Quist, like Ossoff, lacked some essential personal qualities that the locals — i.e., the voters — might appreciate. Gruffness and bluntness don’t have to be exclusively Republican, or have we all so soon forgot about Bernie?

Besides a refusal to engage with reality in choosing candidates, a major and oft-ignored problem for Democrats is their message. Mainly: what is it?

Is it social justice issues, like Black Lives Matter, LGBTQ and women’s rights?

Is it taxes, as in raising them on the ultra wealthy?

And one would need the divine gift of omniscience to even begin parsing out a coherent Democratic foreign policy.

No one knows. I’ve asked. My “everyday American” friends have nothing but shrugged shoulders and resigned head shakes when questioned about what the Democratic party is all about.

And I’m talking about my Democratic friends. They’re voting for their party, often, based on the simple fact that they aren’t Republicans.

Don’t misread my critique of Dems as some veiled celebration of the GOP. Please. Republicans have serious and damning problems. The dangerously ignorant and morally bankrupt man sitting atop their party is the garish and frightful result of politics built on fear and bigotry. Effective? Of course. Right? Justified? Ethical? None of the above.

They’re about to seat a congressman who literally attacked a member of the free press.

But we’re not here to discuss the incompetence and depravity infecting Republican politics.

We’re here to talk about why Ossoff lost, and whether or not Democrats need to take a moment to reevaluate.

I’ve seen plenty of commentators point out that Republicans went through the same introspection after losing in 2012, that their “plan” to reach out to Hispanic voters and present a more diverse face to the country is laughable in retrospect. They won in 2016 by offering up a candidate the manifest opposite of that “winning” strategy. So Democrats need not worry.

But that’s a flawed comparison. For one, the Republican base is radically different than the Democratic base. There’s no room/space to go into all the reasons why here.

More importantly, look what arrived in our most recent presidential election. A man whose corruption and blithe disdain for decency is so gross that countries abroad have started to reject the rising populism within their own borders. This international fear of electing someone similarly embarrassing may be my favorite silver lining of this god-awful presidency.

If Dems want to avoid their own hostile takeover by an unknown outsider, they need to discard their disdain for people who live in districts they want to win, and give those voters a candidate they can relate to.

And Democrats need a unified, coherent message. They need to be about something more than a scattered smattering of talking points and focus group issues. They need a big idea. 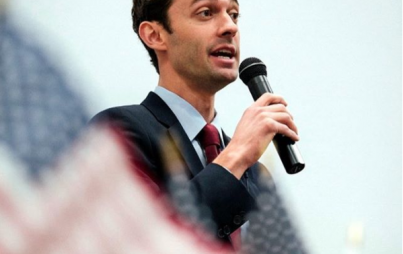