Why I Won't Make My Daughter 'Play Nice' 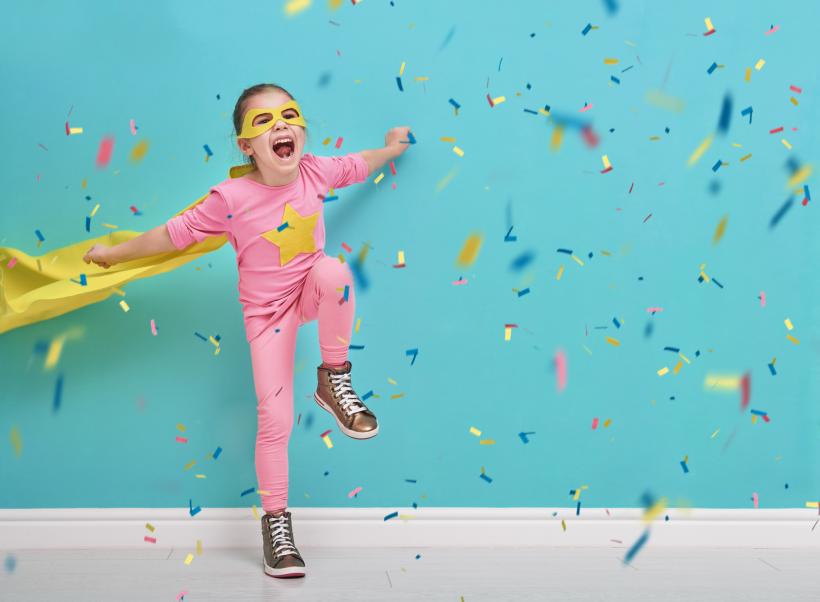 Keep your pony power, baby. Don’t ever let it go.

I watched cautiously as a group of older boys approached my 4-year-old daughter and her friend on the playground. I had been eyeing them from the sidelines for a while, sizing them up as assholes (because that’s the kind of mom I am). My friend confirmed that suspicion, telling me that her daughter had already had a too-in-your-face encounter with the trio before we arrived at the park.

The boys were rowdy and demanding, instructing the girls to play a version of chase where they would be captured. My daughter wasn't interested; I could hear her firm "no" from where I sat. One of the boys, I guessed him to be seven, snatched her My Little Pony doll from her friend as retaliation to her lack of compliance.

I am constantly fighting the urge to helicopter parent, so when it became apparent that things weren’t rosy and fun, I wanted to jump to the rescue immediately. I got to my feet, ready to chastise the boys in my strictest mom-voice, but before I could act my daughter descended upon him, hitting the boy with surprising ferocity. She grabbed back the figurine, holding it above her head triumphantly and screamed "Pony Power!" as she ran away, delighted.

When the boys took this to mean a chase was afoot, she held her hands out in a Gandalf-esque, "You-shall-not-pass" gesture while her friend stood behind her. She growled fiercely — the way she does when playing wolves with her brothers. They left the girls alone.

Related: I Don't Want My Daughter To Grow Up Like Me

It probably isn’t the sort of parenting moment that is supposed to make a mother proud — the hitting, growling, and otherwise uncivilized decorum... But I couldn’t help feeling a deep satisfaction with my daughter. I felt triumphant as I watched her run wild, still blissfully unaware of any societal obligation that she ought to "play nice." I may have whispered "fuck the patriarchy" under my breath. (I mean, how could I not?)

Playing nice is something I try (and somewhat fail) to instill in her when playing with her brothers, but out on the playground with all the complex power dynamics at play, I give her free reign. If she needs to roar, she can roar. If someone tries to bulldoze her will, she can give them hell. I’ve seen her make 12-year-olds cower while trying to block the slide she wants to go down.

She is not to be messed with, and she makes that clear. She isn’t giving up one bit of her power to anyone — at least not yet.

Not yet. That’s the rub, isn’t it? It’s become like a prayer for my children. Don’t let heartbreak come for them yet. Don’t let them learn about the horrible people in the world yet. Don’t let my daughter realize the box the world wants to put her in yet. Because let’s face it, all the bad stuff has to happen one day, but it doesn’t have to happen yet.

Which is why I am protecting my daughter's fierce and obstinate nature, never urging her to play compliantly with those looking to make a grab at her power. I want her to build up an ironclad sense of who she is by the time the world comes to chip away at her. I know it will be hard for her to hold tight to her strong will and unapologetic nature as she grows. I know that men and even other women will want to make her smaller, quieter, less than she is right now.

I want her to hang onto that fight she has in her right now, because she is going to need it in droves as she gets older.

Certainly, my life would be easier if we beat the strong will out of her (she raises hell on the playground and at home alike), but that’s not what I want for her. I want her to be strong and tenacious. I want her to grasp her worth and never let it slip from her grip. If that means a little bit more parenting work from me now, so be it. If that’s the price of raising a powerful girl, I’m in.

Keep your pony power, baby. Don’t ever let it go.

If you like this article, please share it! Your clicks keep us alive!
Tags
raising daughters
parenting girls
tough girls