Why Is This Woman Screaming At The Butcher? 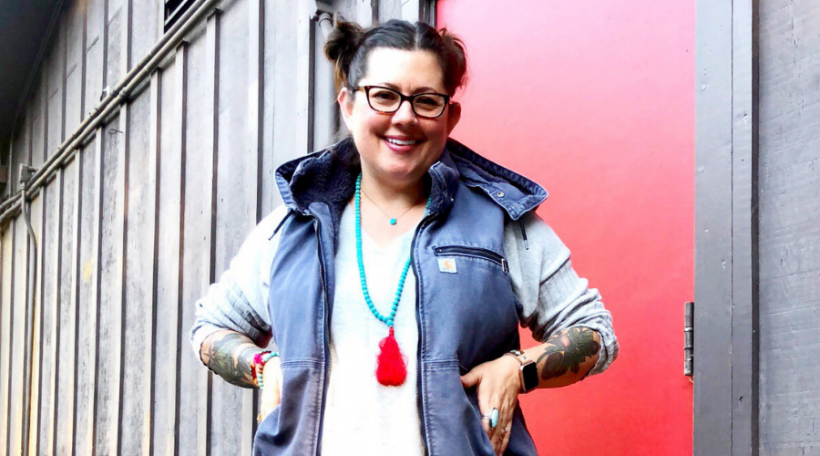 It's not in the extraordinary tectonic life shifts that I learn the most about the world; it's in the mundane activities of everyday life.

There are two small groceries in our town. Wild Roots is like a shrunken Whole Foods but with more CBD and a counter where you can get coffee and baked goods probably made by someone’s grandmother. The other one is called Johnnie’s and is like a Safeway, but if Safeway had no organic produce and smelled like almost rotting pork and cat litter all the time. Wild Roots doesn’t carry any soda or chips that are non-natural, so, basically all the good stuff. That means, if I want probiotics, I’m going to Wild Roots, but if I need a Diet Pepsi fix, I’m going to Johnnie’s. On Sunday, I happened to require both a Diet Pepsi fix and some chips.

There are some unique things about living on a mountain, one of them is undoubtedly the people. For example, the woman in Johnnie’s on Sunday at the meat counter. Yes, we still have a “meat counter.” Unlike those modern grocery stores with your proteins pre-packaged, our grocery requires you to speak actual words to an actual butcher — the kind in a bloody white apron carrying a cleaver around like it’s just the most natural thing a human can do and not anything at all like a scene from Saw. The woman at the counter was waiting her turn behind a man who wanted some pork sausage links. The butcher counted them out and I watched from the French bread basket as he laid them into white waxed paper.

I was lost in my thoughts thinking about how when I was in college anatomy — back when I was younger and still hopeful that I could save the world from itself— we had to dissect cats. Mine was calico. Something I knew about calico cats was that they are almost always female. Something I learned was that calico cats who have been murdered and preserved in formaldehyde are, not infrequently, pregnant. Mine was, anyway. She was pregnant with five tiny, but still fully formed kittens. A cat’s gestation period is only about 58-67 days; she must have been something like 45 or 50 days pregnant. These kittens had fur.

My professor was thrilled at the prospect of showing the class how kittens formed in the mother, all lined up in her wishbone or horn-shaped uterus — in this case, three on one side, two on the opposing. I carefully removed the uterus — because, of course, I did — to open the uterus and see the kittens inside. Laid out in my large aluminum dissection tray, they looked just like sausage links. Except also kind of like those seaweed pods you sometimes find on the beach. When you step on them, they pop and out comes the salty seawater. Slicing open the sausage-link uterus revealed a spray of formaldehyde and tiny furry kittens. I’ve never looked at sausage the same. And now I suppose you won’t either.

But while I was watching — thinking about anatomy and dissection and then nursing and death and it was honestly all getting pretty grim — the woman had walked up to the counter for her turn. If I hadn’t been already snapped back into the moment by my own accord, I would have certainly been brought back by her steadily increasing volume. I was probably conspicuously transfixed, I realize now, but, at the moment, I could not pull my eyes (or ears) away. Her voice reached crescendo about the time that the store manager arrived to diffuse the problem. By that time, though, she was telling everyone in earshot that she just “WANTED THE STEAK CUT IN STRIPS BECAUSE I AM MAKING A VERY NICE STROGANOFF AND WHY IS THAT SO HARD, AND THIS BUTCHER IS RUDE AND I’M NEVER COMING HERE AGAIN.”

What she was asking for was sirloin steak. Which seems pretty simple. But what she really wanted was sirloin sliced in ½” wide strips. The butcher was not having it, which isn’t surprising because he has a job to do besides being her sous chef. But it made me wonder if she is just naturally irrationally demanding, which I can relate to, or maybe she doesn’t know how to use a knife?

I bought my Diet Pepsi and my chips, but I forgot the three other things on my list including the small-batch hoppy IPA my husband had requested I buy him. When I arrived home empty handed (of IPA, anyway), all I could plead was, “Sorry I was distracted by a lady yelling in the store about sirloin strips and also kittens in utero look like sausage links,” which he probably thought was a lie.

Overall, living somewhat isolated among a bunch of Giant Redwoods trees has some significant advantages. One of them is the trees and also the kind of people that the trees attract — people who like trees, who are also often people who care about the earth, and thus other people, and so on. But sometimes I guess those kind of people are the people that demand their steak be sliced into bite-size pieces by a butcher. Which is a little bit extra, if you ask me.

Another great thing about living isolated among a bunch of Giant Redwoods trees is that everyone kind of sort of knows everyone. I mean, maybe they don’t know your birthday or if you’re a Virgo or Libra rising or if you like your steak cut into ½” strips, but they at least know your face and probably whether or not you’re a threat to their children. This means that the schoolyard is often full of parents who know each other either very well, casually, or almost not at all, chatting about their kids or the onset of fall or the upcoming ice cream social.

One of the things I love most about our school is the conspicuous lack of fencing. I know some folks feel at risk without a fence as if a cleaver-wielding butcher might walk right across the school grounds and just start dismembering people. I understand that fear, I am certainly not immune to it, but still, I love the openness of this campus. I love that in the mornings you can expect to find a huddle of parents chatting over steaming cups of coffee. I love that this fosters a feeling of community that is so hard to find. The parents know each other in the same way the children know each other. Then the children know the parents of the other children. There is a feeling of safety and calm that prevails.

There is one dad, in particular, I like to talk to in the morning. His name is David. David has a daughter named Lucy. (I made those names up.) He wears a navy-blue knit ski cap pulled down to his ears, faded jeans with a frayed hole at the front right pocket (the place he carries his keys, probably), a t-shirt under a flannel, black Converse. He is approachable and friendly with a warm smile and kind blue eyes. David is well-liked by the children. You’ll often find him surrounded by a semi-circle of second and third graders. You might see him sharing his hot chocolate in tiny cups, asking them about their teachers, teasing them about getting a job or a driver’s license. David is a good father. I mean, I can’t be sure of that but I’m a relatively good judge of character, and I feel pretty confident saying David is a good father.

The custody arrangement between Lucy’s mom and dad is simple — about 50/50. On the days David has Lucy, he drops her off (usually a little early, so she has time to play) and picks her up (letting her stay to play on the playground for a half hour or so). On the days Lucy is with her mom, she is usually a bit late to school or just barely on time. The remarkable thing about David is, even on the days he does not have Lucy, he waits for her at the school every morning. This is when he and I chat most. He waits, watching for her brown pigtails coming down the path while he tells me how much he wishes he had her all the time.

I suppose this is the primary reason I’ve grown to really like David — his pure love for his child. He had shared with me that his father was gone when he was a child. I have shared that my father was also gone. I shared with him, too, that I wish my father had been as eager to see me as he is Lucy. In truth, I wish every father was that eager. I like to think that with the pure love of both parents children could grow up to feel loved and worthy. I like to think that would change the world into one full of people who wouldn’t berate a butcher for improper meat preparation.It's not in the extraordinary techtonic life shifts that I learn the most about the world; it's in the mundane activities of everyday life — shopping for chips, standing in a foggy field that I find the most meaning. Living here, surround by trees and fresh air and a pace closer to a snail than a rabbit, is giving me space to stop to see these moments.

It's not in the extraordinary tectonic life shifts that I learn the most about the world; it's in the mundane activities of everyday life — shopping for chips and hearing people ponder meat cuts, standing in a foggy field with other parents who love their children and want for them all the things I want for mine —  that I find the most meaning. Living here, surrounded by trees and fresh air and a pace closer to a snail than a rabbit, is giving me space to stop to see these moments. I’m grateful for it.

If you like this article, please share it! Your clicks keep us alive!
Tags
real ravishly
everyday life
grateful
teachable moments 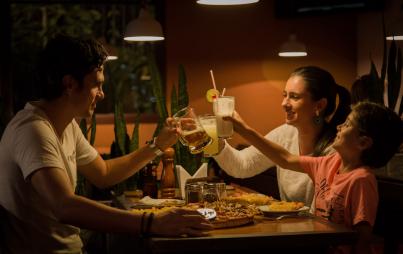 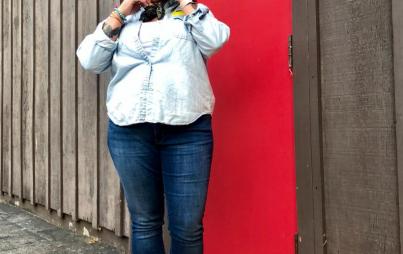 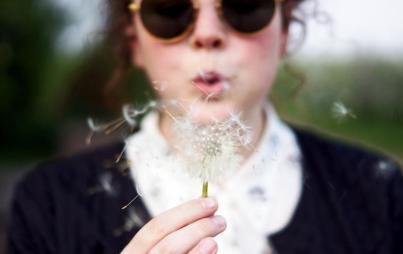 9 Things To Be Grateful For After A Breakup 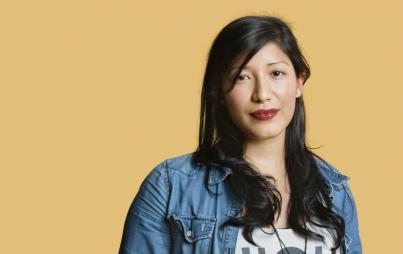 This Year, I'm Giving Thanks To All Of My Darkest Moments 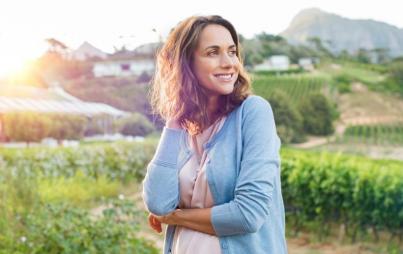 How I Became Thankful For A Divorce I Didn't Want 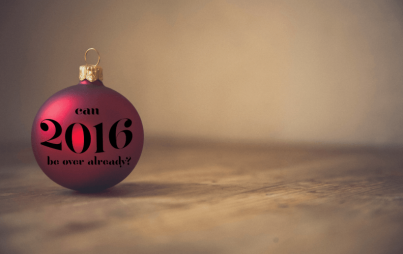