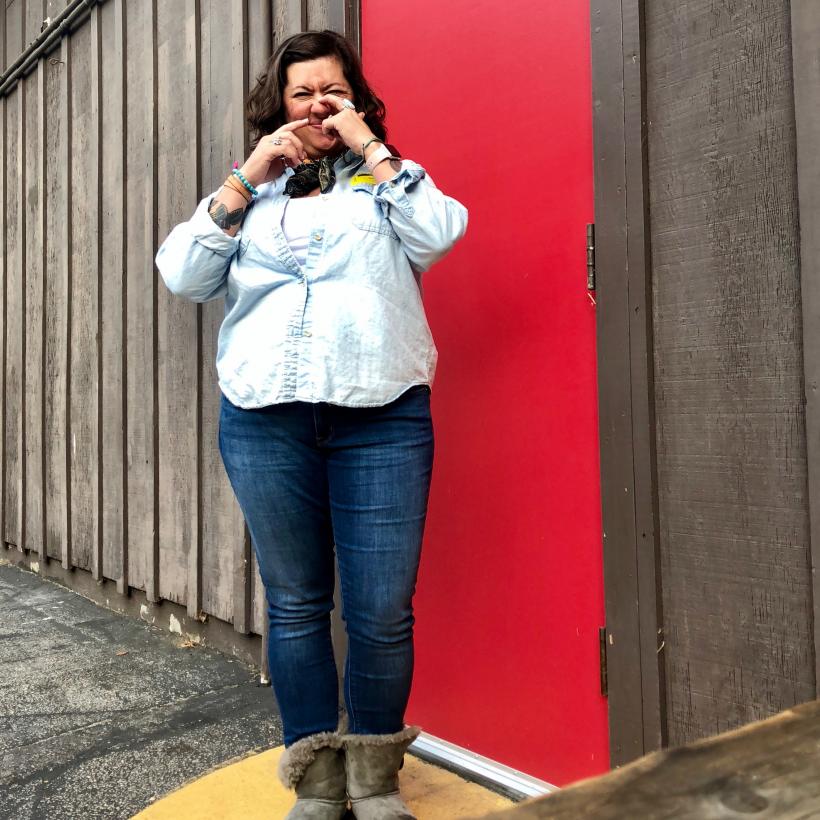 Welcome to Week Two of Joni Weeps About The State Of The World AKA The Real Ravishly Column...

I am so tired.

Last week I told Instagram I was tired. In fact, I unleashed a whine session that would rival the broccoli complaints of most toddlers. I’m tired of being in second grade. I’m tired of never being alone. I’m tired of the constant noise that surrounds me.

I told Instagram to complain, and you all did, in droves. Which just tells me, we all need to complain sometimes.

I’m struggling. *** My eye is still not right. I am constantly tired. I feel like things are hopeless a lot. I have cried four times today. *** I’m still going to second grade everyday and, while I appreciate all the folks who have told me I am a great mother, you should know, I do not want to be here. *** I want to drop my child off and go back home and have coffee and do my job and take a nap. I want to be alone. I want to not hear a bunch of 7-year-olds hollering. I want silence. *** I know I NEED to be here but I want to go home. I am grateful that I am able to be here but that doesn’t make it fun. I know I am complaining but this is hard. If you want to complain too, you should go ahead and do it in the comments. *** . . . . . . . . . #reallravishly #parenting #neurodiversity #neurodivergent #uniteinmotherhood #nobullshitmotherhood #momsofinstagram #momsofig #ig_motherhood #momlife #dailyparenting #motherhood #mom #scenesfromsecondgrade #parentlife #moms #specialneeds #selectivemutism #ocd #mentalhealthmatters #motherhoodthroughinstagram #littleandbrave #mommyhood #instamom #kidsforreal #autismawareness #bestofmom

So, here I am, giving you permission (demanding even) to read this article and then flood the comment section with your complaints. Complain about your daft mother-in-law. Complain about your stressful job. Tell us all about the kids that are driving you crazy. Talk to me about how your husband never takes anyone to the doctor or shops for gifts or remembers anyone’s birthday. Commiserate with the other people who are carrying a load that is far too heavy for them. Let it all out. It won’t fix it (probably) but dammit it’s good to know you’re not alone.

Then, when you’re done complaining, find another person’s complaint and witness. Just acknowledge them. You don’t have to solve it. You can say, “Shit. I relate.” or “Dang, that sounds really hard.” or “YOU ARE A ROCKSTAR FOR CONTINUING TO GET UP AND DO IT EVERYDAY EVEN WHEN YOU THINK YOU CANNOT FOR EVEN ONE SECOND.” (You don’t have to do all caps; that’s kind of aggressive.) Because here’s a truth: The only thing more powerful than your pain is knowing that someone sees you in it.

I’m still in second grade with my daughter who has now been officially diagnosed with Selective Mutism, OCD, Social and Separation Anxiety, and being an eight-year-old with very complex emotions and a mentally ill mother. I’ve been here for a month.

There is a little boy in the class, we’ll call him Jeffery. He is constantly poking girls in the butt. He also likes to call one of the other girls in class “fat.” She is about the same size as Ella which means he probably calls Ella fat when I’m not looking. I cornered that little jerk and told him he was using the word fat like it was an insult. Does he not know it’s just an adjective? He didn’t know it was an adjective because he didn’t know what an adjective was. He does now. He also knows if he pokes another person in the butt I’m going to break all his crayons when he’s not looking.

The girl he calls fat, we’ll call her Tiffany, she’s got a nasty streak — or so the boys say because that's what boys says when girls don't take their shit. I saw her scratch a kid named Matt on the back of his neck. This seemed extreme at first, but then I realized she’s probably just been poked in the butt one too many times. The other day she gave Ella a tiny vial of fool’s gold. Well, Ella won’t make eye contact with her so she gave it to me and said, “Maybe this will help Ella talk.” The outside had a four-leaf clover sticker and a tiny label with the words “good luck gold” written in a fancy font. The bottle was obviously not new, the label was beginning to peel off and the text had been smudged. Damnit if that sweet thing didn’t bring her own gold for Ella in hopes it might give her the luck to speak. Ella still hasn’t spoken to her but she’s got the vial under her pillow. Girls supporting girls. I'm here for it

Having a neurodivergent kid is so hard for the people around them; imagine how hard it is for her to be neurodivergent. She looks around her and all she sees if the differences between her and the other 24 kids in her class. While she leans against me, reading under the shade of a tree on the outskirts of the field, they talk to each other and hang from the monkey bars. While she sits with me in silence, alone at a picnic bench in the corner, they eat lunch huddled in groups of three or five, talking about Minecraft and dolls and who likes who, giggling and screeching. While we are in the back corner of the classroom watching instruction from afar, they are seated on the bright blue polka dot rug next to their friends, getting in trouble for having too much fun.

The only thing more powerful than your pain is knowing that someone sees you in it.

Bless. There is so much good in the world. It’s sneaky sometimes, but if your eyes are open to it, it’s there. It’s in vials of fool’s gold and teachers who know what it means to be different. It’s sort of everywhere.