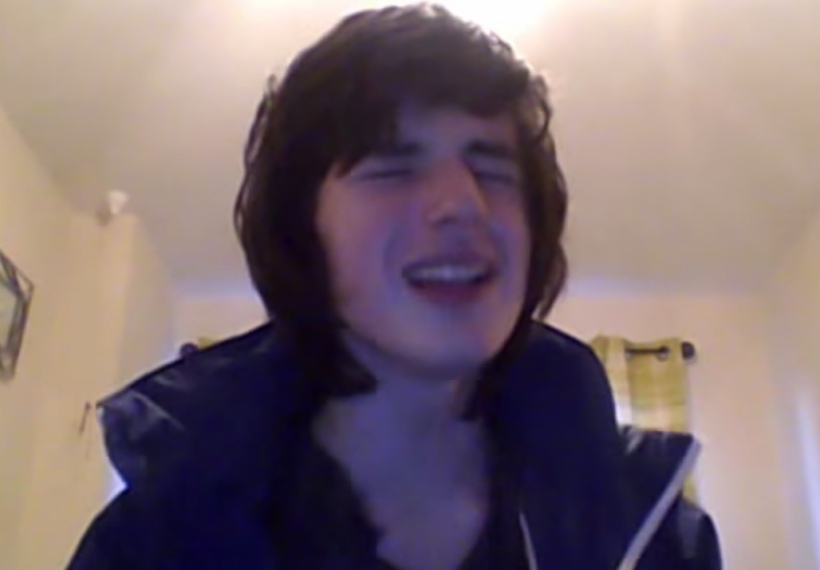 You know those times when fact is stranger than fiction? Consider this one of those instances.

LethalAscend is a British teen who makes silly YouTube videos, ranging from outrageous covers ("Hit Me Baby One More Time" FTW!) to odd solo experiments, like eating a sponge. Typically, the videos don't attract more than 100 views, and mostly, he seems like a bored teen (not that we've ever been able to identify with that . . .),

Now, here's where it gets weird: LethalAscend performed a cover of the ISIS song "Saleel al-Sawarim" and uploaded it to his account. It's pretty obvious he's mocking it; he openly laughs as he sings and poses with faux drama. Apparently ISIS followers can't take a joke, though, because they're disseminating it far and wide. Not only does LethalAscend's video have nearly 30,000 views, but the comments are openly celebrating him. "Hahahaha," one writes, "Islamic state songs come to America." Vocativ noted that ISIS followers are going as far as tweeting the video and praising the "American ISIS supporter."

I can't help but wonder how this kid is handling his fame. One day he's munching sponges, the next he's the unwitting mascot for a deadly extremist group. And you thought your teen years were weird.