Getting Old Just Got Awesome: Sex Gets Better After 50 Years Of Marriage 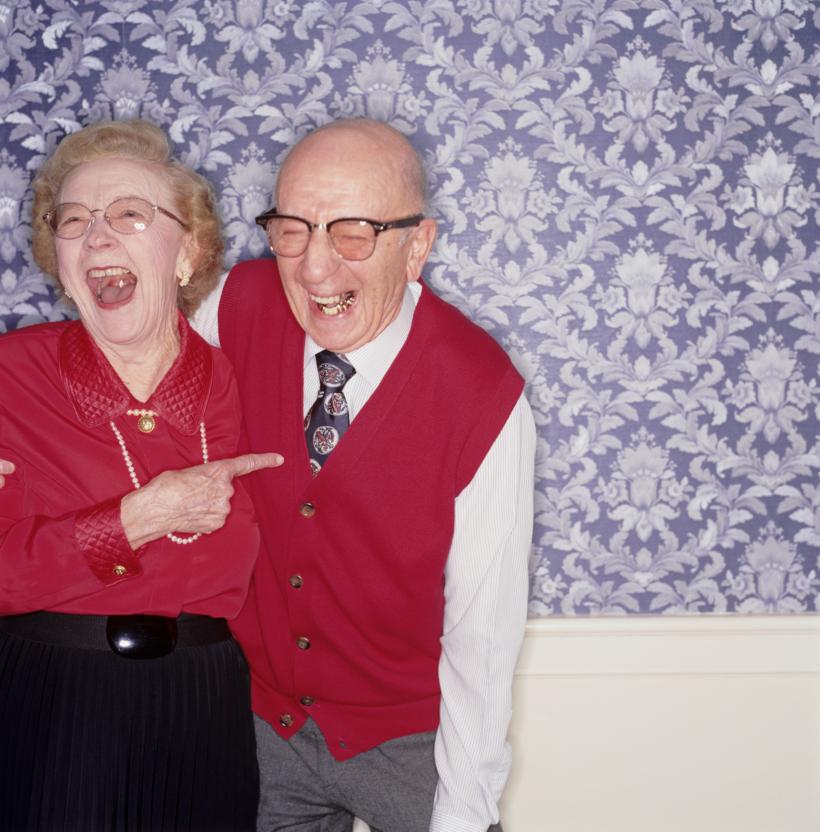 Worst title ever; best news ever.

A new paper—Marital Characteristics and the Sexual Relationships of U.S. Older Adults: An Analysis of National Social Life, Health, and Aging Project Data—says we're all going to be knocking blissful boots post 50. If we're married that is.

These sneaky sex scientists took 1,656 married American adults ages 57 to 85 and began sussing through what is perhaps one of the most complicated social dynamics in all of humanhood: sex in captivity.

Sex, in case you hadn't noticed, is wrapped up in just about everything—feelings of security, well-being, intimacy, self-worth, virility—and these already complicated-as-hell notions of genital interaction are only further compounded and magnified when "forever" gets thrown into the mix.

Not surprisingly, the study confirmed every one of our damn fears: Those in the early stages of marriage were makin' love with a helluva lot more frequency and fervor than those who had been sharing a bed for two decades.

But then . . . something happened. Those who made it past the 50-year wedded mark began to report strange and delectable findings from the MotherShip. Ground Control to Major Tom? Shit is getting steamy in here.

Those who wended their way past the 50-year wedded mark report a slight uptick in their sex lives. And! More exciting still, sex frequency of long-married couples continued to rise.

The paper noted that "the average older adult" who had been ball and chained for one year reported a 65% chance of having sex two to three times a month (or more).  After 25 years of marriage, that likelihood took a sharp drop to 40% . . . then dropping again at 50 years to 35%. As the coupled evolved again with breasts and balls dropping lower with every year, the chance of sex two to three times a month rose again to 42%.

Why you ask? It's tricky. Firstly, " . . . we don’t know whether being married causes you to have more sex or having more sex causes you to stay married longer,” Karl Pillemer (gerontologist and professor of human development at Cornell) told Jan Hoffman of The New York Times.

There's a two-fold theory on long-term sexual monogamy here, with one half being downright depressing. Let's start with the bad news shall we?

The much-dreaded downside of foreverness is called “habituation,” which is basically the dulling of sexual senses and excitement with one another. Even eating the most delectably decadent lobster mac n' cheese year in and year out would make you nauseous. One sniff of the hot butter and one lick of a gruyere-encrusted fork would induce feelings of ho hum despair. This old thing? Again? It's a harrowing metaphor. Forgive me.

But here's the thing: Amid this creeping maelstrom of boredom and malaise is the exact countering force that Dr. Samuel Stroope calls “relationship capital.” All that time, shared experience, and layers of intricate intimacy—soggy socks! dead mothers! promotions! promises kept! wars waged!—forges a foundation that in turn spurns sexual activity.

After 50 years of sharing the same bed, the trust and mutual understanding of one another's bodies can become a bona fide playpen of possibility. What's there to lose? You've invested so much love-brain-body collateral that asking for what you want seems all the more easy. Or, in dense scientific-speak:

It turns out our sex lives—while notably influenced by everything from race and gender to health, religious beliefs, and socio-economic conditions—operate not linearly, but like a "U:" starting out strong, dipping lower, and curving back. Complicating things further is that ageing (while often accompanied by depression, lack of optimism, and social isolation) also:

brings about a sense of equanimity and evenness of temper3 . Older adults are less likely to have negative emotions (e.g., nervousness,
restlessness, annoyance, frustration, or anger), and are more likely to report emotional stability
and emotional regulation than younger individuals4. Older adults live more ordered and less chaotic
lives, are less impulsive, and less concerned with others’ expectations.5

Can I just say that I am more than ready to forgo some of my crippling neuroses?! If post-50 means steady loving sex accompanied by a healthier headspace and an utterly foreign feeling of contentment and clarity, just go ahead and fast forward my ass to 2035.

There's even an upside to the long dark shadow of your rapidly-approaching shallow grave! Stroope and his colleagues also explain: "Socioemotional selectivity theory suggests that, with the realization of proximate death, the goal of social relationships change such that emotionally meaningful relationships are primary."

Basically? Age makes you wiser, marriages get better as the clock tick-tocks your togetherness, and instead of craving a wham-bam alley-tryst from a tall dark stranger, you'd rather drop trou with your life-lover. Because it's more meaningful.

So there you have it. We all have something to look forward to after all. If you get married that is . . .

If you like this article, please share it! Your clicks keep us alive!
Tags
archives of sexual behavior
Marital Characteristics and the Sexual Relationships of U.S. Older Adults: An Analysis of National Social Life
health
and Aging Project Data. sex after 50
marriage
mating in captivity
monogamy