10 Reasons Coffee Is A Life-Saver For Parents 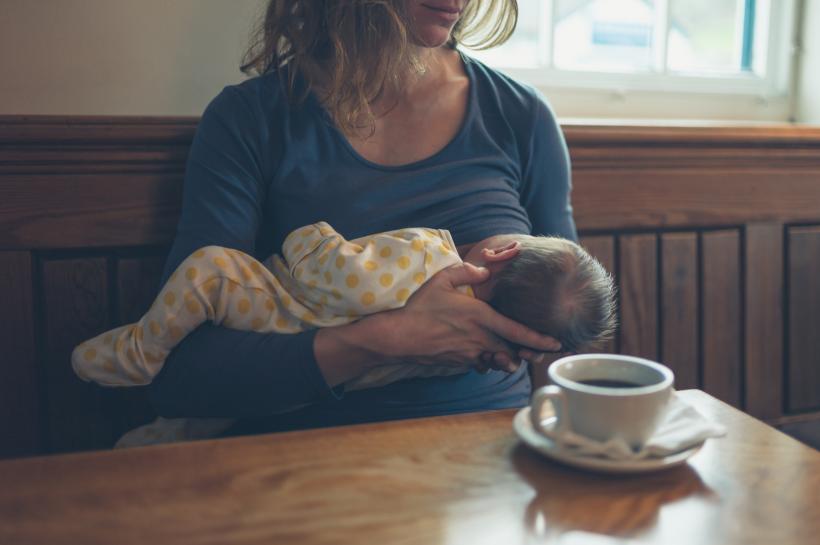 Coffee is my hero and my first love.

Every morning starts with me turning off our alarm and creeping out of the bedroom for a few quick minutes of alone time in the bathroom before the rest of my family slowly emerges from their cocoons of blankets and then getting my tea kettle on the stove to boil water for my heavenly coffee. We do things the old-fashioned way in our home with a french press (because it just tastes so much better) filled to the brim with our favorite brew each morning.

When I take a sip of this sweet elixir, I come alive and can go about my day with my head screwed on straight. Coffee is my hero and my first love.

With each passing year, I think I love coffee more, and so do scientists because there are constantly studies being published that have given me scientific proof that my heart is in the right place. I might just love it as much as my mom leggings.

According to CNN, not one, but two studies back up the facts that coffee actually leads to a longer life. Score! Here’s the deal: according to the study, people who drank two to four cups a day had an 18% lower risk of death compared with people who did not drink coffee. If that’s not a statistic that’s promising, then I don’t know what is.

If caffeine is wrong, then I don’t want to be right. One cup of coffee has about 95mg of caffeine, which means that I need to drink about 500 cups to make it through the day with my kids, but it’s my absolute favorite way to get it into my system (unless a caffeine IV happens to be invented).

3. It delays the onset of diabetes.

Earlier this year, a study published in the ACS' Journal of Natural Products confirmed that substances in coffee had been linked with squashing the risks of type 2 diabetes — which is pretty amazing if you ask me since this disease afflicts nearly 30 million Americans. I will say that this specific study was done on lab rats, but it’s the first time the theory was actually tested, and their findings show that three to four cups per day does the trick.

4. You can cover it in chocolate.

Well, the beans can be covered in chocolate, but they are heavenly tasting and give you the opportunity to go straight to the source. This makes coffee equally great for an after-dinner treat as it is in the morning with your eggs.

"When people think of coffee, they often associate the beverage with caffeine. However, coffee beans have many other chemicals that could help fight chronic inflammatory diseases," says Journal of Medicinal Food Editor-in-Chief Sampath Parthasarathy, MBA, Ph.D., Florida Hospital Chair in Cardiovascular Sciences and Interim Associate Dean, College of Medicine, University of Central Florida. The anti-inflammatory side effects have to do with the way your beans are being roasted, so don’t be afraid to drink up.

6. It’s relaxing when the world is throwing chaos our way.

There is just something so relaxing about bringing that cup of freshly brewed coffee to your lips that it almost makes you forget that you have to go change a poopy diaper.

7. It protects your liver.

Coffee (and herbal tea for that matter) were noted by Elsevier to protect against liver fibrosis, estimated as the degree of liver stiffness, which is high in extensive scarring of the liver. Their findings boiled down to frequent coffee consumption being less scarring of the liver, independent of lifestyle, metabolic, and environmental traits. Even when in small amounts, it played a big role in this favorable outcome, too. Every little bit counts!

From the start of a busy day to the moment it’s ending, as parents, we often forget to take a second to sit down, regroup, and take a break from all of our daily duties. Coffee reminds us to do just that, and in turn, is a life saver because if we never take a break, the stress can cost us our health. So when you reheat your cup of joe for what seems like the millionth time, don’t forget to sit down and enjoy it.

9. Coffee is linked to decreased risk of colorectal cancer.

According to the University of Southern California, drinking coffee regularly has been directly linked to a decreased risk of colorectal cancer. But it doesn’t stop there, Stephen Gruber, MD, Ph.D., MPH, director of the USC Norris Comprehensive Cancer Center and senior author of the study, say that “the more coffee consumed, the lower the risk." Praise!

10. Because we pretty much just plain couldn’t survive without it.

While there are many scientific reasons backing up why coffee is so magical, I can’t imagine navigating this world without it. As silly as it sounds, it’s not only about the coffee and the caffeine, but that moment when the warm liquid fills you up inside, when you know that you can take on everything that comes at you in this world. And to me, that’s simply wonderful.

If you like this article, please share it! Your clicks keep us alive!
Tags
Coffee
mom
motherhood
mom survival