Why Didn't Someone Remind Me How Hard The Toddler Years Are? 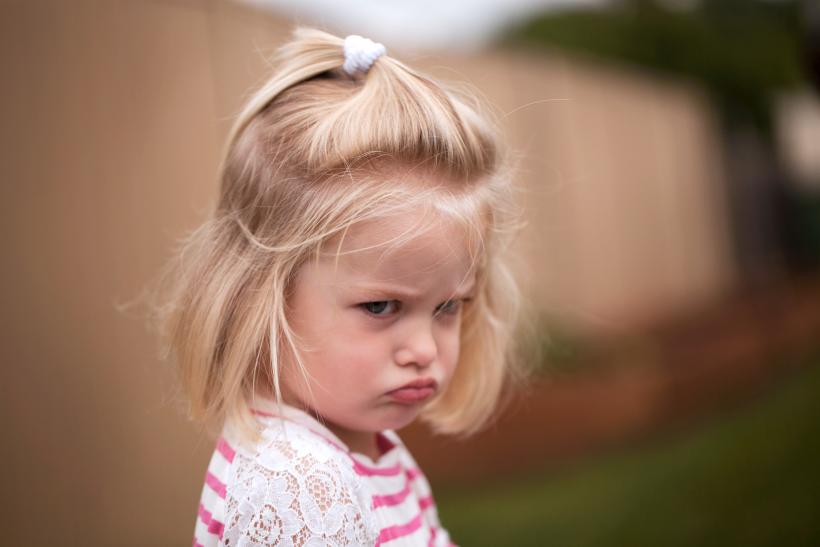 Why the hell didn’t anyone remind me how hard the toddler years are?

Today, while I took a shower, I dodged toilet paper rolls. Full, unused, toilet paper rolls that I had organized in the basket in my bathroom, intended to be used for their full purpose. But instead, my 14-month-old found them to be entertaining. So while I scrambled through my shower today, so fast that I could probably win the fastest shower taker award if the Guinness Book of World Records would come time me, I dodged them as she tried to throw each one into the running water.

These days, the only way I can take a shower during the day at all is if I bring her into the bathroom with me, close the door, and pray that the only thing she finds super interesting is the plunger and that I remember to close the toilet seat. I peak my head out every once in awhile, but for the most part, she hangs her head into the bathtub, so she gets a half-shower herself. This is exhausting, and it happens every single day. And even though it’s only about seven minutes of my entire day, it’s still a lot.

Why the hell didn’t anyone remind me how hard the toddler years are?

While my little one is still on the younger side of the toddler age bracket, she did start walking at only ten months and has been running and climbing since 11 months. She walks up and down steps all by herself and damn you if you try holding her hand. Yup, Kelly Clarkson watch out - I’m living with Miss Independent herself. She must do everything herself, has already dropped her second nap and whenever things get quiet - I know she’s digging in a garbage can somewhere.

My days are starting to all blur together and whenever friends and family and my husband ask how I’m doing or how’s my day going, all I can muster up the words to say are  “it’s hard.”

I work from home, and I have always somehow flourished in that role. Some people struggle to find the structure to work completely for themselves and independently and I have always loved it. But these days, it’s getting more difficult to get my work done, and I find myself doing the bare minimum more often than not. And twice last week, I said “eff it” and turned on Bravo in the afternoon because I couldn’t string two words together to even respond to an email.

My daughter has an older brother who is 9, so their large age gap means that I blocked out an awful lot about the hard stuff and until this point was only able to remember all the good things about my sons younger years. It’s all coming back to me now, though.

You Might Also Like: 10 Things I Look Forward To When My Kids (Finally) Go The Eff To Sleep

And, when my son was younger, my husband was active duty military and worked really long hours. He would leave for work before my son, and I would wake up and would get home just in time for family dinner, bath time and bed. All the good stuff. He wasn’t in the trenches with me day in and day out whenever I made daily negotiations with our toddler, kissed boo boos and tried so hard to squeeze in not one, but two naps a day. See? I’m remembering.

So whenever we found out we were expecting again, after months of trying, we remembered only the good things together. The funny stories, the reading before bed, the choosing of the baby name and bonding as a family.

But my friends with toddlers, I expected a warning from them. I expected something. I feel like they all watched me celebrate my daughter’s first birthday without even as much as a “lookout — you’ve got a toddler on your hands” scribbled inside a card. Nope. Nada. Nothing.

Now I feel like I’m drowning over here. And while they’re all there to lend me their ear while I complain about the utter busyness of our day, every day, from beginning to end, they could have thrown me a bone so that some mental preparation could have happened on my part.

As if mental preparation would have helped me fully grasp what I was in for. Right? These toddler years are tough shit, and we’re just in it. Some days are great and go perfectly smooth, while other are filled with temper tantrums that just came out of nowhere, and we find ourselves just trying to squeeze in an extra fifteen minutes of sleep. Every time I feel on top of my game I’m completely reminded that it is indeed her that’s in charge, not me.

I’m not sure though how much of a warning or a reminder would have really prepared me, though. How ready can you really be for all of this? I think the hardest part is that it almost seems to happen overnight. It’s like one second they are these little babies that we rock to sleep and before we know it they’re going from bottle to sippy cup and these little people that point to tell us what they want.

So for now, I’m taking all the mental notes on how to survive the toddler years and you best bet that my next friend with a child going from 11 to 12 months will most certainly get a few tips outlined in their kids first birthday card, because entering these toddler years is tough stuff and we could all pass on for the sake of our sanity. And remember, if having a newborn can make you feel superhuman, having a toddler makes you supermom.

If you like this article, please share it! Your clicks keep us alive!
Tags
toddler
Kids
parenting
mom
motherhood