Women in Media : Underrepresented, Hypersexualized and Mad As Hell 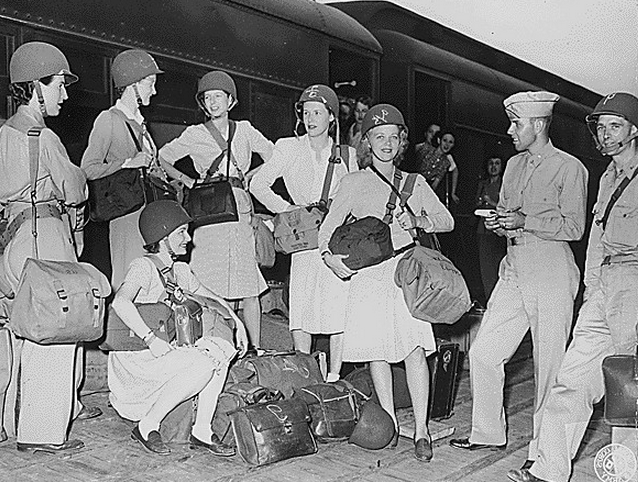 The Women’s Media Center has released their (rather depressing) 2014 report examining the representation of women in everything from news media to radio, video games, corporate leadership and film and television.

And me let you, it ain't pretty. Basically, women are underrepresented in every. damn. category ... and where our lady-part presence did grow?  It was at a miniscule rate. The numbers are downright chilling; after all, women do make up half of the goddamn planet, so theoretically we should be comprising half of media's voice too. Arguably — perhaps after politics — it's the most powerful medium for not only communicating with the masses, but for controlling the very representation of our society. So needless to say, read on: but gird your loins.

Basically, about 15 years ago most of our forward momentum plateau-ed. I think we'd all like to believe — because it's such tasty Kool-aid — that with every passing year, slowly but surely, equality will grow ever closer with tenacity and a gradual shifting of the times. I'm here to tell you that ain't the case. (But it all ain't doom and gloom.)

Let's break this down into the Good (progress!), Bad (backslide!), and the Meh (hovering around the same):

Newsroom staffing declined 6.4%  from 2011 to 2012, with the overall tally of female staff remaining around 36 percent. (A figure largely unchanged since 1999.)

Women in radio news jumped 8% from 2012 to 2013, narrowing one of the historically widest gender gaps in the news industry.

Women snared 43% of speaking parts in prime-time TV, up from 41% previously.

White men continued to dominate the ranks of Sunday morning news talk show guests, except on a single MSNBC show with a black female host.

Of the 150 print publications and websites covering sports, editors are 90% white and 90% male

Women represent a mere 28.8% of speaking characters in the top-grossing films in 2012.

For production of the 250 top-grossing domestically made films of 2013, women accounted for 16% of all directors, executive producers, producers, writers, cinematographers and editors, slightly lower than the 2012 and 1998 figures.

According to a two-month snapshot in 2013, men wrote 82% of all film reviews.

The big leap seems to be in the film industry ... at least at Sundance. This year 50% of all the narrative films competing were directed by women, which is a 28% leap from 2002. One must also take note however (forgive our cynicism) that these numbers are also following in the wake of Sundance launching its Women Filmmakers Initiative in 2012, which actively funds research about us getting the sh*tty end of the stick and also offers up fellowships for female directors and producers. So this jump could be more about the success of spreading awareness (and a little money around!) as opposed to the film industry opening its golden gates for us.

And truthfully, it seems this progress at Sundance (albeit a huge, fist-[pumping) deal is not represensative of the larger film industry at all. In the history of the Oscars, only one woman — Kathryn Bigelow  for "The Hurt Locker" — has won Best Director. One! And of the Best Picture nominees since 1977 only 12 directors have been women. (Out of 216.) I mean, for f*ck sake!

Our interviews with industry leaders and filmmakers have revealed myths that drive exclusionary hiring practices surrounding film directors.  The most subtle and problematic is that when industry leadersthink director, they think male.  That is, the role of the director is often perceived to require traditionally masculine attributes.  For women to step into these positions of authority, others have to project them into that role, or believe in their leadership style.  We have also found that financiers may perceive females to be less confident than their male counterparts.  In sum, the deck is still stacked against women in leadership positions. —Stacy Smith, Katherine Pieper and Marc Chou Stacy Smith, Katherine Pieper and Marc Choueiti of the Media, Diversity and Social Change Initiative at the USC Annenberg School for Communications and Journalism.

On-screen female presence is equally blech.  Despite a seemingly over saturated presence of busty starlets and magazines intimately chronicling their lives —  in 2012, female narrators made up just 27.5%. Oh, and female characters who do speak are roughly four times as likely to be hyper-sexualized. than male speaking characters.

The general hubbub out there seems to be saying there should be neo-NFL Rooney rule, which would basically require the industry to include a certain percentage of women in every facet of the film or media industry. But I can't lie: it feels insulting to make someone take us on their team. But when the world won't acknowledge the brilliant b*tches that abound all around them, laws will have to suffice until our obvious talent makes them unnecessary.