House Of Cards: Removing The Stigmas Surrounding Being A Gay Politician? 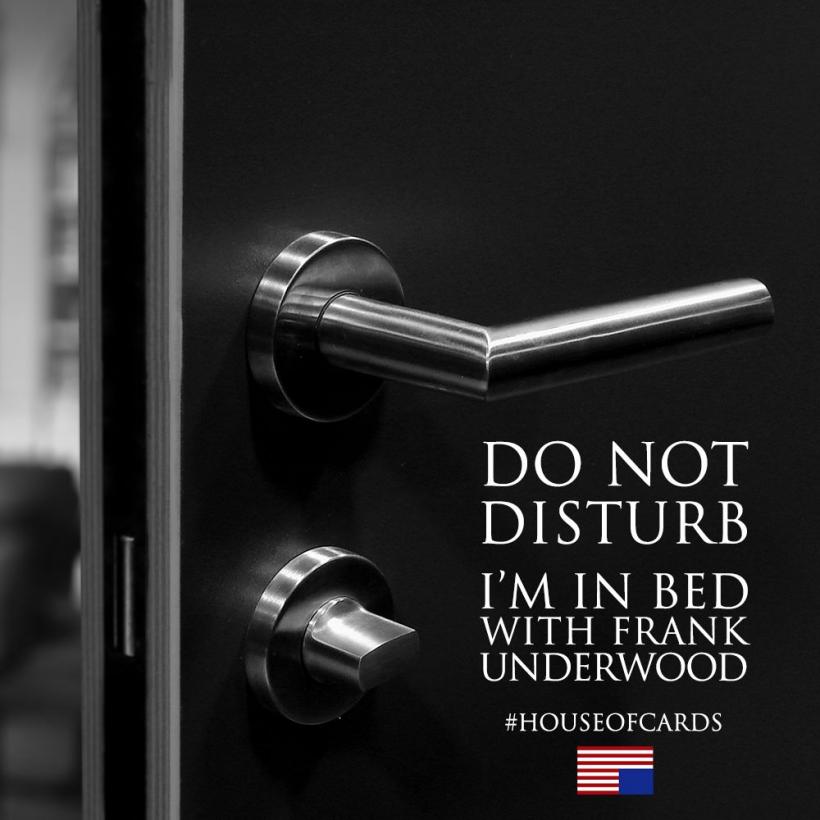 Our Twitter and television overlords bestowed a gem of bingeworthy joy today: a 12-second teaser for the upcoming third season of House of Cards:

A special message from the White House. https://t.co/YxFcHfA5qy

Most fans are stoked about the impending drama and maniac workings of the show's protagonist, the devious and terrifyingly ambitious Frank Underwood.

Me? I'm contemplating all the possible sex scenes—but for totally legitimate reasons (kind of).

House of Cards lovers and uninitiated civilians alike know that politics and sex go together. Just look at extra marital affairs in the White House: the public was (and still is, really) fascinated by Bill Clinton’s affair with intern Monica Lewinsky and John F. Kennedy’s with Marilyn Monroe. We say we’re repulsed, but we keep buying the tabloids! And House of Cards has never been shy about sex—including homoerotic tensions and sexcapades. The gay pride movement has grown enough that athletes and musicians feel comfortable coming out—could politicians, with political shows like House of Cards and Scandal leading the way, be next?

For those of you who aren’t familiar with the show, House of Cards follows Frank Underwood (played by the uhhh-mazing Kevin Spacey) in his insatiable thirst for political power in the U.S. government. Frank’s totally down to manipulate, lie, cheat and even murder to get ahead—and yet, what shocked viewers was one particular episode where he engages in a threesome with his wife and their male bodyguard. The camera even—GASP—shows the men kiss! But why shouldn’t Frank get it on? His wife was cool with it. Let’s pretend that episode was real life and the public found out. You know everyone would freak out and demand he define his sexuality. But on the show it's treated as just another wild night that's promptly cast aside.

Why is there such a disconnect between how things play out on the show and reality?

We have a tendency to demonize politicians who stray outside our puritanical definitions of “normal” sex. Cheating can be unfair, don’t mistake us, but we can't pretend to understand a stranger's marriage. Add a homoerotic element to that mixture and the public outcry is even worse! Remember former Senator Larry Craig? He (supposedly) solicited sex from a man in a bathroom stall, despite being married. Though he ended up being able to finish his term, he publicly considered resigning many times. Technically, he was arrested for “lewd behavior,” but his political peers' perception of him had altered. He didn’t run for re-election, which is like forfeiting in political chess.

He's not the only politician who took a walk on the wild side. Former governor of New Jersey Jim McGreevey resigned after coming out of the closet, but now he's out, proud and happier than ever before. Leaving politics, it turns out, was a true game changer for him. He too noticed the discrepancy in acceptance. When asked to explain this, he offered a simple answer: “My sense is that the public is far ahead of the political class.”

There you have it. Perhaps politicians won’t have to work so hard to remain hidden in the closet in future generations.

If you like this article, please share it! Your clicks keep us alive!
Tags
Sex
scandal
Politics
Love
LGBTQ
House of Cards
Relationships