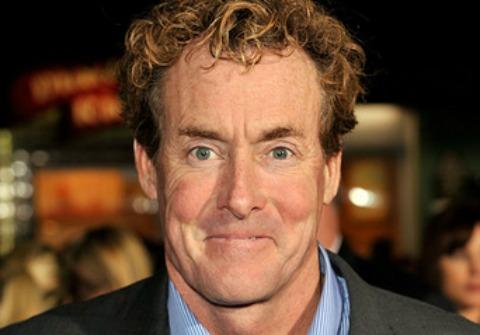 "Starbucks is out of soy milk? That's retarded," smirked a teenaged hipster in orange pants and a fringed vest, as I patiently waited for my Americano.

Come on now—we have to stop saying this word.

I'll be honest. I said it a lot as teenager. I felt guilty, so I started donating my hard earned money—courtesy of jean folding at a PacSun—to the Special Olympics to atone for my sins. News flash: dropping $25 a month doesn't undo hurt feelings caused by my immaturity.

In a powerful open letter, John C. McGinley (Scrubs fans rejoice: this is Dr. Cox!!) discussed the cultural and emotional harm of using this word in our every day speak.

He noted that the word "retard" and "retarded"  are meant as a "euphemistic put-down." Then he went further.

"The genesis of the "put-down" itself is based on disparaging a population of special needs individuals who have always been viewed as inferior to the person mouthing the words: 'retard' and 'retarded.'"

Now, this mocks a targeted group.

McGinley goes on to argue that the word "retard" is passively ingrained in our culture. In turn, this targets a defenseless group of people who do not deserve to be discriminated. Words hurt. To put things in perspective, many women remember the exact moment in their young life when they were called a "slut" or "whore" for the first time (7th grade for me, and the boy couldn't even spell it, HA). Now, being called a slut isn't nearly as harmful—but you get the general idea. Words DO hurt.

I can defend myself from a verbal attack, but not everyone can. McGinley points out that special needs folks don't have that advantage.

"Now try to imagine a world where you could not use any kind of reciprocal language to object to an absorbed verbal offense, because you simply did not have the tools to form the syllables required to defend yourself?"

So, it sticks. And stays. And becomes ingrained. About 10 years ago, that irritating band that accompanied many a high school hip-hop routine, The Black Eyed Peas, released a song called "Let's Get Retarded in Here." Controversy struck, but the song was a massive hit reaching 21 on the Billboard Charts. Sure, they changed it to "Let's Get it Started" for the radio—but they weren't fooling anyone.

It's time to remove that word from our lexicon. If Starbucks doesn't have soy, it's not retarded. Find a better word, like "tragedy," "abomination," or "opprobrium." You'll sound smarter and nicer.

Image: It just isn't the same when he's not yelling at someone. Courtesy of Flickr