Buy, Like, a Zillion Condoms. We’re All Going to Die From Gonorrhea 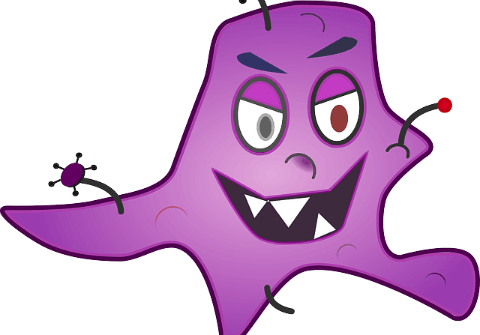 Once upon a time, there was a scary, scary virus that wanted to destroy everyone’s lives. Gonorrhea was its name, and doctors tried time and time again to kill it. The more the good doctors tried to destroy gonorrhea, the stronger it got. Thirty years went by, but the mighty gonorrhea never gave up its fight for domination. Eventually it got so strong that it became resistant to antibiotics. Scared yet?

Here comes the goose-bumps: the fine folks at the Centers for Disease Control and Prevention (CDC) recently declared it a “major public health challenge.” According to this report, the CDC predicts this antibiotic gonorrhea will be a problem for years to come.

Okay seriously, this is a big deal. Gonorrhea is already one of the most common STIs—about 700,000 Americans contract it each year. Now imagine if all those 700,000 people were unable to treat the infection. Remember our tree branch analogy for STI spread? Ugh, ugh, ugh.

Yes, this sh*t will GET YOU if you’re not careful. And ladies, contracting gonorrhea is more than icky discharge or a pesky painful peeing sensation—you’re at risk for pelvic inflammatory disease the moment you catch this nasty bug. And—you guessed it—It gets worse from here. See, pelvic inflammatory disease can lead to ectopic pregnancies (when the fetus sticks to your fallopian tubes) or just straight up infertility.

I know, I know. It seems like it won’t happen to you, but it totally can. And it may not be treatable.

If you like this article, please share it! Your clicks keep us alive!
Tags
Sex
safe sex
condom
protection
STI
wellness
Love
hook up
one night stand
glove up