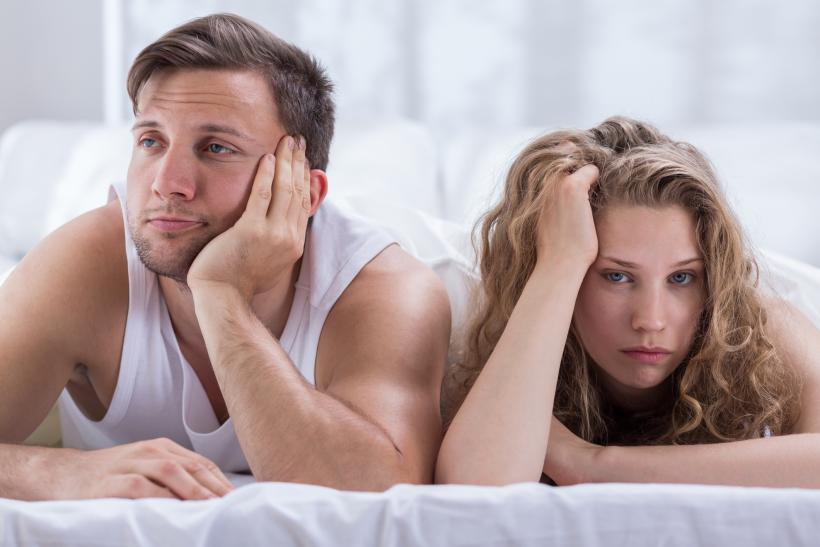 We need to talk about the importance of communication during sex!

I grew up in a small southern town that was (is) overtly religious in everything from politics to high school biology class, so it’s no big shock for me to tell you that I — along with most of my church-going pals — hid all of our first, second, and third base sexual experiences. We weren’t taught how to have safe sex, we were taught how to say no to sex and that anyone who wanted to have sex with us was a predator while we were the prey.

The girls that had sex in high school were “whores” and our mamas didn’t want us hanging out with them. So we decided instead to hang out with our boyfriends on their couches when their mommies and daddies were gone. Any sexual interaction — which is totally typical of a teenager, mind you —was hushed and silenced, laden with guilt when we looked our pastors and peers in the eyes the following day.

Fast forward to my adult life, past my Christian college days of sneaking boys in my dorm and past a failed marriage after my betrothed decided to start bumpin’ uglies with the neighbor. I’m in this great relationship with this great guy and we have this great baby but sometimes we just weren’t having that great of sex.

After my husband left, I begin doing what anyone does in their Britney year (think Britney 2007) and started having sex immediately. First it was the guy from high school who I never really liked back then but happened to be in town. Then it was the guy from church (yep, you heard me) with whom I had amazing chemistry but who all too often told me to be quiet.

I was having sex on the weekends with whomever I wanted, whenever I wanted but wasn’t always exactly doing it however I wanted. For some reason, my years of church-related silence had manifested themselves into an adult me oblivious to the importance of sexual communication. I’d always had this huge sex drive, or at the very least curiosity, but severely lacked communication around it; I’d been coerced into some non-mutual oral as a young teen and hadn’t seemed to be able to find my voice since.

With my first husband, I’d assumed there was something wrong with me because my sex drive far outweighed his. I’d initiate sex and for a while he’d bite but after a while it seemed to be too cumbersome, though this lack of drive seemed to be linked to his growing depression (which is apparently not that uncommon.) We’d never talk about it, just drunkenly try to do it, more often than not failing as much as our marriage was.

When I fell in love with the man I’m with now, we waited a little while to have sex. We’d sleep in the same bed, he’d get a boner and joke about it and we’d fall asleep. Once we did start having sex I was almost too aware of my surroundings. With every move, every position, every placement of his tongue, I would mentally catalogue his care and precision, noting that he was worthy of my affection and reciprocated sexual desire because of the care and love he took each time we were intimate.

But still, we never talked about it. We just… did it.

Over the years, when our sex should have been getting better, it stayed stagnant and at times got worse. Neither of us were doing anything any differently, we just weren’t progressing. It was the same ol’ missionary everyone loves to hate then doggy-style to end it off. I wouldn’t really have orgasms and, though I enjoyed to experience, was often left dissatisfied which I totally internalized as him not giving a rip about my needs.

Spoiler alert: He had no idea what my needs were.

I’d been seeing the same therapist throughout my divorce and subsequent sex-capade and even she was surprised to hear that I wasn’t talking to my partner about sex. For someone who had left a marriage and landed in a very active sex life with multiple partners, it made no sense as to why, once I was finally comfortable and secure, that I would regress back to those early teenaged years of losing my voice. She’d encouraged me to talk to him and find my voice but no matter what I did, I just couldn’t find it. I’d shut down, shut off and convince myself we would never work because he never knew what I needed. I didn’t want to fall into the same ol’ pattern of feeling like my sex drive far exceeded his.

It’s scary to say what you want. My partner is super straight-laced in his IT career and habitual vacuuming and stove-scrubbing. He puts his socks on before putting his feet on the floor after showering so they don’t get dirty. He fusses at me — a grown woman — when I put my own shoes on my own bed. Needless to say, I had assumed these tidy tendencies would permeate the bedroom so to suggest anything out of the missionary norm was setting myself up for rejection which was something I couldn’t allow myself to feel again.

My partner and I love hard and we fight hard and one night, after such a fight, I did something I never did: I laid on the couch beside him, initiated sex and then told him what I wanted. It may have been the adrenaline of the fight or the advice of my therapist finally sinking in, but I did it. I got on top, I called him “daddy” and I told him what was up.

And our sex life has never been the same.

The fears of rejection and even judgement can follow us quietly and then make their presence known loudly in the most intimate of settings. Pushing past that, opening my mouth and speaking what I wanted was the best decision I ever made, and mama ain’t goin’ back.

If you like this article, please share it! Your clicks keep us alive!
Tags
Sex
marriage
Relationships
communication
religion