My Short Skirt Isn't an Invitation for your "Compliments" 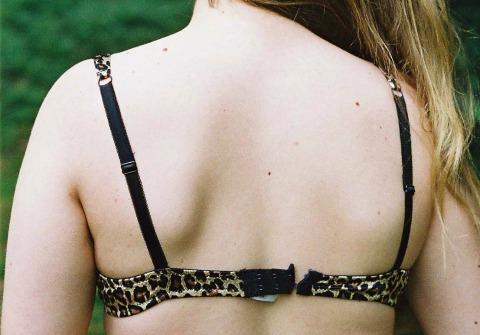 There's a very special circle of hell reserved for men who harass women on the streets. Pretty sure Dante mentioned it in The Divine Comedy. As the proverbial "early bloomer" of my friend crew, the salacious shouts of older men began plaguing me around 11 years young.

And obviously, this ain't just about me—this is something that most women endure. Oh, and it's not acceptable. Ever.

Worse yet, one fierce female over at xojane reminded us that women are taught from a ripe young age that our personal appearance carries (heavy) weight:

Girls are taught to dress conservatively in high school, being sent home or getting detention for showing too much cleavage or wearing other types of revealing clothing. Young women are taught that they need to be responsible for their appearance as to not excite perverted men. Women are taught to not dress provocatively to avoid sexual harassment and potential rape. Right, because it’s OUR responsibility to not get harassed or raped.

I’ve changed my clothes before going grocery shopping because my neighborhood is plagued with catcallers. Sometimes it’s easier to put on pants than risk having to deal with gross and inconsiderate men. - Melissa Stetten

The feministy fire-dragon in me wants to roar back, "no Melissa! Dress however you want! Don't let them get to you." I can't though—it's way easier said than done. There are various slut revolts (it's okay, I'm taking "slut" back—it's our word, b*tches) in the works to promote awareness on this issue. Many (nice) men are woefully ignorant on what we endure daily. We can change that.

Until then, don't feel as if you're "giving in" by opting to wear more conservative clothes. Also, don't feel like you're "asking for it" if you choose to shop in Xtina's 2001 hand-me-downs. This is an ongoing battle that isn't ending any time soon.

So keep your broad sword handy.