#WCW and the Original Girl Crush (No, You're Probably Not a Secret Lesbian) 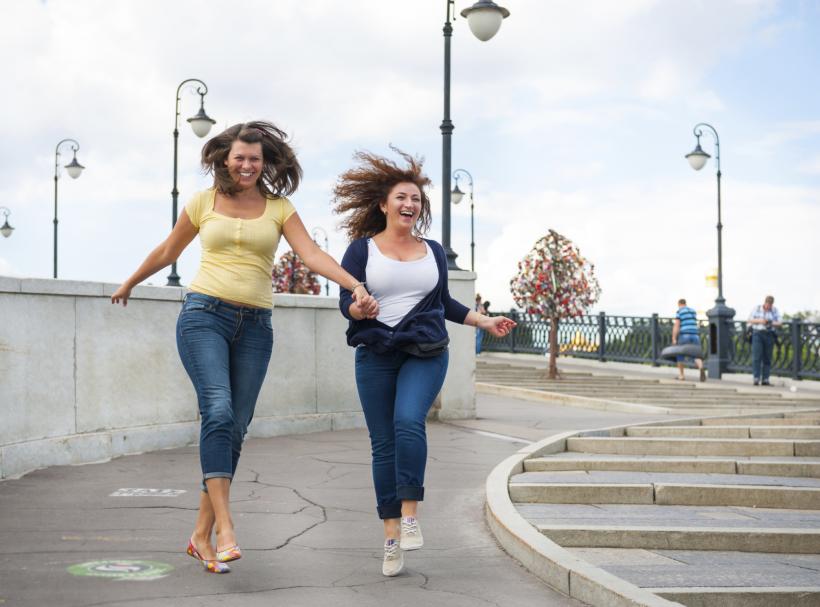 It's likely that your Instagram feed has been chock-full of beautiful women accompanied by the hashtag #WCW (or #womancrushwednesday).
And in addition to the many celeb knockouts (hello, Jennifer Lawrence!), many of the luscious ladies featured were mere mortals.

We're gonna go ahead and say most heterosexual women get butterflies when they're around a cool, new friend—how is she so simultaneously gorgeous, smart, funny, and generally just mega-crushable?! OMG, does she think you're the bees knees too? Have I called her/texted her to hang out too much recently? So nervous-making! (Shout-out to my own butterfly-inducing, college bestie Moira of the Sacramento Kings Dance Team!)

Of course, girl crushes are nothing new: esteemed poet Katherine Philips was known to write long, passionate poems to her lady friends all the way back in the 1600s. These are the closing lines of her poem "To My Excellent Lucasia, on Our Friendship."

Then let our flames still light and shine,
And no false fear control,
As innocent as our design,
Immortal as our soul.

That's arguably some panty-dropping prose! Yes, there is an ocean of speculations surrounding Philips' lesbian sexuality (yes, she was married to a man) and it's definitely possible that she was gay and Lucasia (believed to be Mrs. Anne Owen) was her lover—but Philips passed off the poem as an illumination of female friendship. Those that aren't in the homosexual conspiracy corner however would argue that Philips was simply enjoying a girl crush—and science can back it up!

As it turns out, these fluttery feelings between women have been deemed romantic without being sexual. Love and lust can actually be mapped out to individual bits of your brain. Romantic love is linked with these feelings, along with obsessive thinking—in fact, heterosexual women who admit to having a girl crush display similar brain activity as those in love. (But not lust.)

So, go ahead and get your gromance on—why let all the bromancers have all the fun?

Image: Awww, they heart each other! Courtesy of, ThinkStock