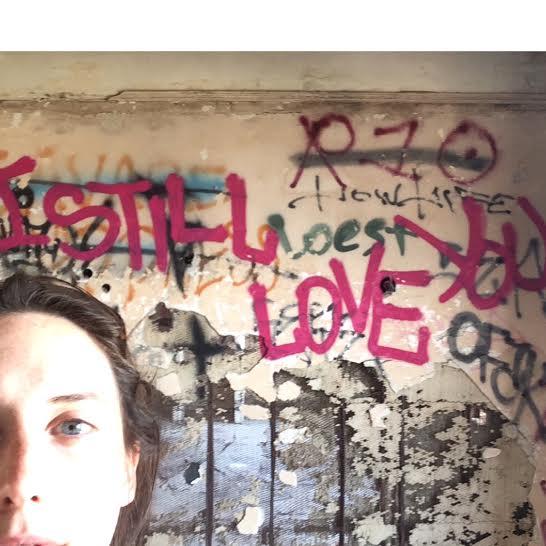 The One. There isn't a woman on this whole damn earth who hasn't imagined this shimmering mirage of a human. Some of us believe that this elusive Yeti is decidedly real and is just waiting to be discovered. Others believe it's all a bunch of fucking hooey. Truthfully, I was always in the latter camp. In the words of Hedwig and the Angry Inch: "There's no mystical design, no cosmic lover pre-assigned." There's just people. And chances are you could get along with a lot of them. Even for 50 or 60 years. So, finding The One always felt like some cruel myth I wasn't willing to participate in.

That is, until I met *John.

Let's start at the beginning. It's a very good place to start.

Freshmen year of college was rough for me. I had been wrenched from the womb of my boarding school squalling and kicking like any good infant does. I was depressed, lost, and basically thought everyone was a jerk. I divided my time between a friend's room playing Snood (remember that shit?!) and lolling in bed with the kind of boyfriend nightmares are made of. He was a vain pot-head poet who wore those Buddy Holly glasses before they were de rigueur cool, plus a Doors t-shirt and a tweed blazer. At 17, he was a 19-year-old bohemian wet dream to me. Let's call him *Sebastion.

Sebastion—in addition to being sexy—was also agoraphobic, socially awkward, and mercurial. I never knew whether he'd be thrilled to see me or would simply stare at me with his dead-brown eyes, still clad in pajama pants at 5 pm . . . until I felt so uncomfortable I'd leave the room. I spent three years with this man—unbelievable I know—but there was something magnetic about his sorrow. He'd whisper sadly "let's go upstairs" and I'd just tingle all over. Don't ask me.

Maybe it felt good to have someone actively mirroring my own sadness. I've always been compulsively social with a dark streak a mile wide—I can cry about the check-out ladies at Walmart because they look so tired and sad under all that fluorescent lighting. On the peripheral of all this angst was *John. He was effervescent, gregarious, the kind of kid nobody has anything bad to say about. He was friends with everyone. (Walking across campus felt like some bastardized mayoral campaign with him smiling and waving at every passerby.) He wore tie dye and hemp and studied music and took acid and played saxophone in a jazz band and was generally the antithesis of Sebastian. When we were together there was this ease, this sense of being known, without ever having to explain myself. There was scalding sexual tension between us, but we were always dating other people.

We'd often hike up to Bear Mountain (I went to school in Allentown, Pennsylvania), and we'd just sit and stare out at a not-so-spectacular view and talk. I think it was perhaps cruel and unusual punishment for both of us (and our significant others) that we were as close as we were. When Sebastion and I finally really broke up (we were forever taking those nebulous, altogether dumb "breaks")—I walked in one day and he said, "Katie, I put all your stuff in your car…"—I could have gotten down on the filthy carpet and kissed his shoes. I was so damn happy to be walking away.

I really felt like a powder-keg. John and I became inseparable; we were young, in love, and knew it. It was a powerful feeling.

The next three years were a kind of joyful-blur; senior year of college, teaching ESL in Rome, and generally feeling like, "Thank GOD, I've found him. All those awful fucking poems and bad movies were right. I found 'The One.'" My searching felt over.

That is, until we came home from Italy and I followed him to Boston where his best friend had started a funk band. There in our one-bedroom Brighton, Massachusetts apartment, it all started falling apart. I couldn't find a job and he was working as a canvasser. I generally felt so lonely, I thought I'd die. I didn't have any friends in the city and we shared a car. I got a part-time landscaping gig and would bike all over Boston, sweating and planting things, much of my day still spent alone. He'd come home exhausted and sun-burned and I would be chomping at the bit for human interaction. Eventually I was so depressed my mother had to come stay with us.

Needless to say, I broke the lease, got the fuck out of dodge and moved to Brooklyn with my best friend. John and I stayed the closest of friends in that grey, sleeping together but not together space, and eventually we both started seriously dating other people.

In my mind, there was no doubt we'd end up together; I'd teach English, he'd teach music, and we'd have a ramshackle but life-brimming house in some small New England town and generally be bohemian and bright and in love . . . then he got a job at his father's boiler-making, HVAC company in the Bronx. He moved in with his mother to help her out (she was newly divorced) and spent his free time with "the boys" —his crew of pals from high school. I kept shaking my head, trying to clear this vision utterly at odds with who I thought he was.

"John, you can't live with your mother, I mean c'mon!" He insisted she needed his help right now. "John, you're a musician! You can't work for your dad in a warehouse in the Bronx!" He insisted this was his family's legacy and he didn't want to see the business fail.

Slowly but surely, I stopped trying to steer his path. And with that acquiescence it became harder and harder every day to see how our lives would fit together. I just couldn't imagine having welders over for dinner parties; maybe I'm a delusional snob, but I imagined my life poor, but chock full of professors discussing literature and film, sociology and music . . . not the latest copper pipes. I imagined summers trucking around Europe, writing, watching John play in jazz bands, clutching a trilingual baby to my chest as we waded into the blue waters of Crete.

I watched his world get smaller and smaller as my horizons grew broader and broader, until the vision of "us" made no sense at all. And yet, I still harbored a creeping feeling we would sort it all out. Two years ago, I told him I was moving to California while we were hiking near his house. He told me he had to make one last pitch; he never wanted to feel like he'd let me get away. I told him I didn't feel that way anymore and then scream-cried my way home in the car. In fact I was so blown out I was pulled over speeding, swerving and sobbing on the phone to my mother. I could barely squeak any words out to the cop.

Two weeks later I moved to Oakland, California, and a year later I opened Facebook to discover John had gotten engaged. I slammed my laptop shut and crawled into the nearest bathroom stall to sob at work. Texts, emails, and calls began pouring in from my friends asking if I was okay. I emailed him. I called him. He told me it was too painful to talk to me and to leave him alone for a while.

Over a year later, he now has a baby, a wife, and a life that decidedly does not include me.

A day doesn't go by that I don't think about him. Not romantically, but with a kind of visceral fondness. It's this shitty aching hole of what could have been, but colored with knowing that I was never going to be that wife with a baby in the woods. I'm wondering how time moves so swiftly and if this boy I'll always love has become a stranger forever. And of course, if I still believe in The One.

If you like this article, please share it! Your clicks keep us alive!
Tags
personal essay
the one
Love
Relationships
breakups