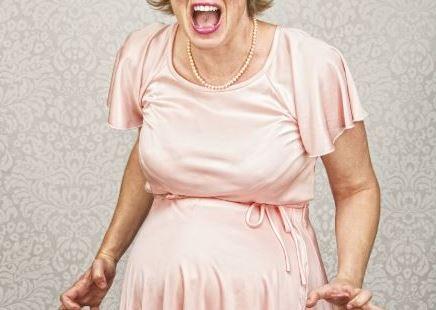 Ambroise Pare was a French doctor extraordinaire during the reign of four successive kings in the Middle Ages. He was a whiz at diagnosing certain pathologies and inventing surgical techniques. He even convinced pre-Enlightenment citizens to stop pouring boiling oil into open wounds, which as is it turns out, is never a good idea. And like many of his Medieval medical peers, he had all kinds of ideas about how monsters were created.

That's right: while it seems like the sort of thing easily disproved by every experience in objective reality, for some reason, Medieval people had a real hang-up on believing women birthed monsters. Sure, there are various genetic ailments that could be construed this way, but much of the emphasis was seemingly on horrific human-animal hybrids. It’s as if people saw parrot-headed children and human-headed cows in every nook and cranny.

And how did such pernicious beings arise? Other than from “God’s will” and “evil” and “the Devil,” Pare wrote out a whole slew of ways in which women could doom their offspring to ignoble forms. He’s got a lot of greats, but we’ve done the hard work of selecting just five ill-fated actions that can lead to corporal cursing.

Failing to Stem the Red Tide

Menstrual hygiene may have been a pain before tampons, but that was no excuse for Medieval women who wanted non-monstrous babies. Pare warned that women “sullied by menstrual blood” only had atrocious offspring to look forward to. It's unclear what exactly would have constituted said sullying, but apparently uteruses knew and were not amused.

By the way, menstruating ladies had better not sully their man either, because “women who will have conceived during her period will engender those inclined to leprosy, scurvy, gout, scrofula, and more . . .” Really, it’s probably safest for a broad to just make sure she’s forever fulfilling her womanly duty via non-stop pregnancies—no menstruation to worry about at all! I mean not safest in a literal sense, since childbirth constituted the leading cause of death for women worldwide through most of history, but safest in a don’t-make-men-think-about-your-bleeding-vagina kind of way.

Pare was deeply concerned about menstrual clean-up, but he didn’t want women to go too far to seem like the fairer sex. Indeed, women who crossed their legs or bound their stomachs too tightly ran the risk of putrefied babies. Walk that line, ladies!

Failing to Eat Everything in Sight

Let’s make no bones about it—pregnant women are hysterical wrecks, amiright? That’s why Pare warned about the dangers of showing a pregnant woman food without immediately allowing her to eat it. Her unfulfilled, crazed need for a slab of bacon could literally result in a bacon-shaped baby. And delicious as it sounds, no one really wants a bacon-shaped baby.

Being an Atheist and/or Sodomist

By this point you may suspect Pare was a touch sexist. Never fear—the good doctor threw down on men too from time to time. He was equal-opportunity about any old atheist creating an unspeakable infant creature, and he singled out sodomists for bestowing unholy seed from their acts “against God and Nature.” After all, the Middle Ages was a time for stoically toiling away under a jacked-up social system, with the hope that one’s suffering would end in the afterlife.

And there you have it. If Medieval women (and men!) followed these simple rules, and a million others, they could safely secure themselves a non-vile child. Pass the bacon!

If you like this article, please share it! Your clicks keep us alive!
Tags
medieval
Middle Ages
monsters
doctor
medical
pregnancy
menstruation
ambroise-pare