Is the Galactic Cap Condom a Safe Sex Revolution in the Making? 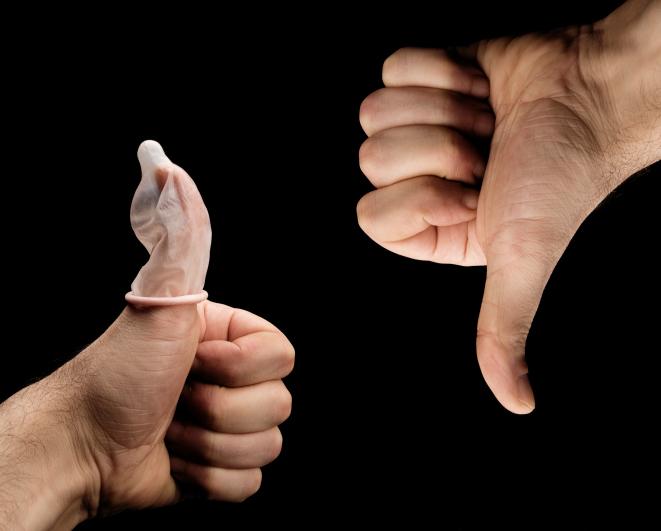 It's no secret that many people aren't the biggest condom fans. Sure, they're a wonderful invention. They keep your snatch healthy and prevent sperm from invading your fallopian tubes—and they're cheap! Alternatives like the pill are (on average) pricier per year, and only protect against pregnancy, not disease.

So what's the downside? Condoms reduce sensation—which is the entire reason you're having sex in the first place. When you look at it that way, they're counterintuitive. Worse yet, there are evil condoms on the market that numb your nether-parts. And who wants that?

Charles Powell lost a good friend to AIDS, and claims his friend's death could have been prevented if he had just used a condom. Inspired, Powell sought a better alternative. So he designed The Galactic Cap—which hugs only the very top of the penis.

The condom is made of two parts: an adhesive, and a cum-catching cap. The sticky bit is a U-shaped polyurethane piece that attaches to the tip, leaving much of the penis exposed for more pleasure.

Right now, Powell is seeking funding for the product. You can check out his Indiegogo page starting Sunday to help with funding.

The caveat? This new rubber needs some serious testing. For instance: does it really prevent STI spread? Will it stay on? And is it actually easy to apply? Until receiving further information, we remain cautiously optimistic. Here's hoping we have a condom revolution on our hands.

Image: NO! Down with traditional condoms! Courtesy of, ThinkStock