Why I Support #NotAllMen: The Man Who Showed Me Guys Can Be Anti-Misogyny, Too 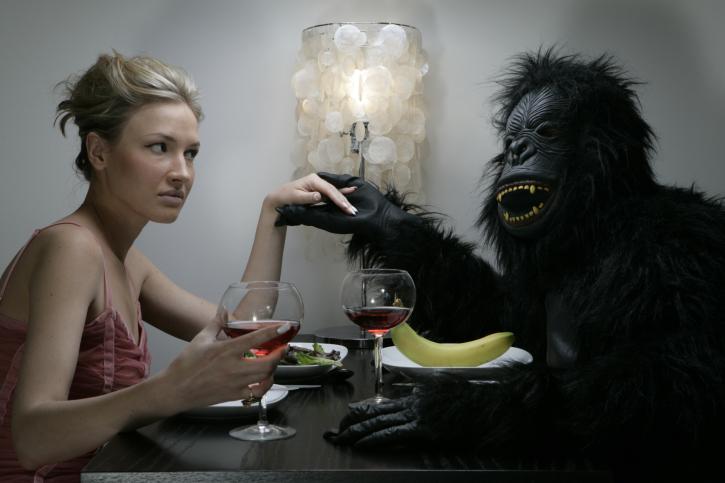 In the wake of the misogynistic fury that erupted from the mouth of the Santa Barbara shooter, 22-year-old Elliot Rodger, we felt compelled to speak up. As women, we've learned to accept certain truths in our lives, including this: we will be sexually objectified, sometimes frequently, and it will hurt every time.

We shared such stories to demonstrate our alliance with the social media movement #YesAllWomen. But then we pondered further.

There are many guys out there who don't deserve to be thrust into the category of "misogynistic jerk," and writing solely about our experiences with that type of man does little to illuminate the full truth of the male gender. Feminism tends to be attached to an angry "I hate men!" stigma. It's time to end that. As we discussed yesterday, feminism is about the complete equality of the sexes, which means acknowledging the bad and good in both genders.

For every despicable rapist, there are many more men eager to make sure you get home safely. Though I admittedly have difficulty remembering this at times, an experience I had with a former co-worker continually reminds me of how good, and dare I say feminist, men can be.

I'll be the first to say it: rejection sucks. Whether it's denying someone a first date, or not jumping to the next level with a casual partner, we've all experienced the pain of being rebuffed. In the past, I've dealt with a lot of anger from men who faced the brunt of my refusal. Years ago, I got involved with a colleague, *A.J., who ended up getting the boot. He was immensely angry with me—so much so that his fury frightened me and we stopped speaking.

Out of the blue, A.J reached out to me after years of silence. We met and talked. I told him I was bothered by his previous behavior. He dutifully apologized. Then, I admitted some responsibility: after all, I had "been a tease."

Later that night, A.J texted me, "No Giana, none of that was your fault. My actions weren't acceptable, and it's not OK for other men to do that to you either. Never take responsibility when men act the way I did to you."

I laid in bed and read his text repeatedly that night, tearfully, because until that moment, I had honestly believed I deserved everything that had happened to me. To this day, A.J is the only man who has had the courage to say that to me—yet, that's sufficient. His words have kept me sane when I'm harassed on the street or sexually objectified.

Though it doesn't undo the previous discomfort A.J caused in my life, I am thankful that he showed me how anyone—male or female—has the capacity to grow and change.

We shouldn't ignore misogyny, but we also shouldn't ignore that many men don't fit that narrow category of behavior. When I forget that, I remember that illuminating text from A.J. And for that, I will always be grateful to him.

If you like this article, please share it! Your clicks keep us alive!
Tags
#NotAllMen
#YesAllWomen
Love
Relationships
friendships
FWB
hook up
one night stand
misogyny
feminism
male feminists
Stigma
self love
acceptance