Invoice Your Ex? On Behalf of Women Everywhere—Hell No 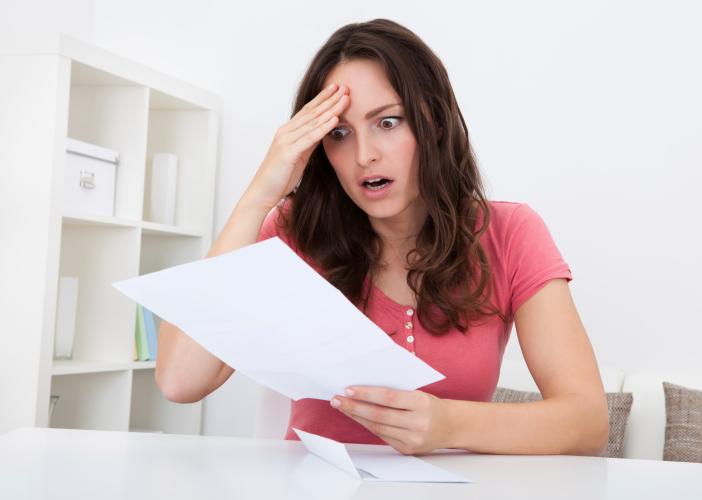 Imagine receiving an email from your ex. Out of the blue. Your heart probably skips a beat—why is your ex contacting you? Is it a plea to get back together? An STD? It must be. No, instead you find  . . .

An invoice. An actual request to be reimbursed for all the presents and outings bestowed upon you as a token of love during the time you spent together. A monetary account of your relationship.

Oh yeah. There’s even a Facebook group in favor of it.

Head spinning? I know mine was when my good friend shot me a text—furious—telling me that her ex had done just that. On behalf of womanhood—and on the heels of the anti-misogyny trending hashtag #YesAllWomen—you should be deeply insulted. Here's why.

Putting a Value on It

The notion of tying a cash value to a woman isn’t new. Across the globe, many cultures have—at one time or another—instated dowries.

History brush-up time: a dowry is made up of gifts (livestock, goods, money, etc.) given to a woman by her parents to be redeemed only after she marries. This isn’t really that ancient—parts of India still practice it. Your dowry was not a Girl Scout badge collection—you wouldn’t have "earned" it by being a good person. Your husband received the livestock as a bribe to take on you and your poor burdensome self.

There are some differences cross-culturally, but Medieval Europeans (you know, the great-grandaddies of the dudes who founded our lovely country) were known to ask for as much as 20% of the bride’s family's wealth in her dowry back in the 11th century. Remember Duke of Burgundy’s anger when Cordelia was stripped of her dowry in King Lear? Marriages could be called off if the woman’s dowry didn’t meet all the pre-agreed requirements. Basically, it was a business transaction.

It’s a dangerous notion. Last year alone, 8,233 Indian women were killed over dowry disputes. Prostitution, which assigns a monetary value to sex and/or companionship, doesn’t fare well, either. It’s estimated that female prostitutes have a mortality rate that is 40 times higher than the national average (and that's according to a study in genteel Canada). Though the data collected on the matter is a bit hazy, it’s widely known that African slave women were sexually abused and beaten to death regularly.

Sensing a pattern here? There’s a reason that we don’t sell people any more. Hasn't history taught us anything?

Image: Invoiced? Not on our watch! Courtesy of, ThinkStock

If you like this article, please share it! Your clicks keep us alive!
Tags
Relationships
ex
money
Sex
Love
marriage
history
feminism
prostitute
violence against women