Quote of the Day: Pope Francis Warns Those Without Kids About the "Bitterness of Loneliness" 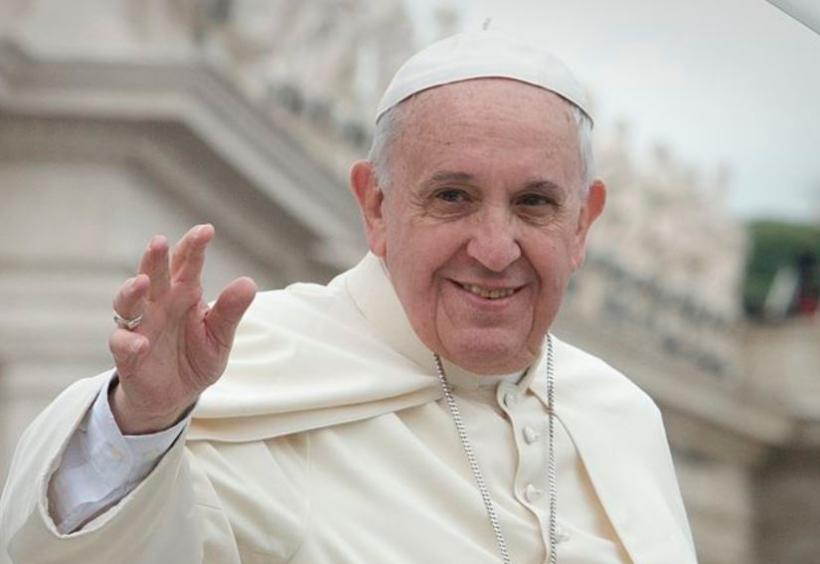 Have you noticed as of late that there seem to be a gazillion couples with dogs? And that said couples tend to treat their dogs like they're their children? On Halloween, the pooches don costumes. Artisan dog treats flood their pockets and purses. Exorbitant payments for grooming and pampering? But of course!

Just how widespread is this trend? Even Pope Francis has something to say about it. During a homily on Monday, the notoriously liberal Pope warned couples that they will endure the "bitterness of loneliness" in their old age if they opt out of having kids.

This culture of wellbeing . . . convinced us it's better not to have children. It's better! That way you can see the world, go on holidays; you can have a house in the country and be carefree . . . Maybe it is better, more convenient, to have a little dog, two cats; and the love goes to the two cats and the little dog.

Get ready for the famous Catholic guilt trip . . .

Eventually this marriage gets to old age in solitude, with the bitterness of loneliness. It is not fertile; it does not do what Jesus does with his church: he makes it fertile.

Hey Pope, cool your jets. Catholics will still be poppin' out babies with the rapidity of a gambling addict pulling the lever on a slot machine . . . right?

Data shows that more and more young Americans have chosen canines over kiddos in the last few years. One recent study found that in the past 7 years, the birth rate for women between the ages of 15 and 29 dropped 9%. Perhaps not coincidentally, the number of small dog ownership has jumped during the same rough time period: from 34.1 million in 2008 to 40.8 million in 2012.

Why? Obviously, dogs are easier—financially and emotionally. When you look at cost-effectiveness, having a pet is more rational. Furthermore, infertility and the pain of miscarriage can eliminate the desire to parent.

So maybe, just maybe, Pope Francis has reason to be alarmed. Then again, our planet is so overpopulated, and dogs are so cute, that we're not too concerned about the trend.