5 Hottest Relationships on Orange is the New Black 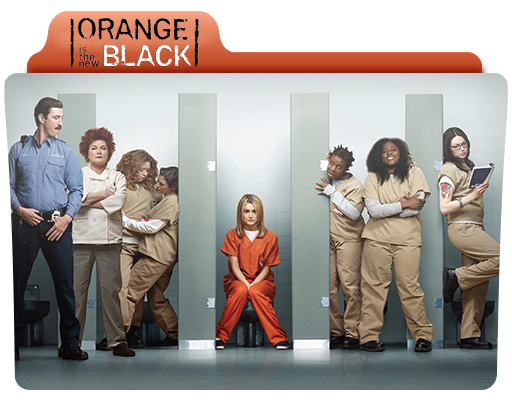 Orange is the New Black fans, Friday is the big day! That's right: the second season of America's favorite lady-prison show is dropping on Netflix, and we're pretty much freaking out about it.

The No. 1 reason we have our popcorn and sweatpants ready for a binge fest to remember? The hot sex, obviously. I mean, come on: heterosexual or not, you have to admit the sneaky, steamy, illicit sex between inmates on this show is all sorts of sexy.

Which leads to this question: whose relationship on the show is the hottest? Let's count it down for you.

Yeah, yeah, we know, they don't hook up—but that's what makes it so captivating. Miss Claudette has wanted Baptiste for years, and all that desire burns with palpable tension whenever she sees or thinks about him. When Baptiste comes to visit, the two stare at each other in disbelief at first, with every fantasy written across Miss Claudette's love-torn face. Hey, the lady is in jail. She's had some time to think.

Though it lasted but one titillating episode, Mercy and Tricia had crazy-hot chemistry. They're both beautiful and troubled. And, oh yeah, they can barely keep their hands off each other. Even as she's walking toward freedom, Mercy pledges allegiance to their rendezvous. 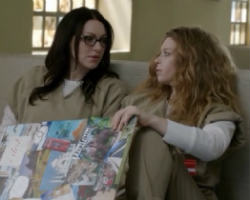 As of last season, this pair only hooked up once. But, we all know how sex-crazed both are. Patiently, we watched episode after episode waiting for them to get busy. Finally, they did, and with a poster as her shield, Alex's O face was unforgettable. Naughty, naughty.

There's something magnetic about the pull between this correctional officer and inmate. It's bad, so bad. Hell, it's even super illegal. The danger in being discovered keeps us enraptured in the relationship, even though it seems hopelessly doomed. Bennett tries to stay away from Daya, but he never manages to keep distance for long. Something always pulls him back in. Forbidden fruit is so damn juicy. 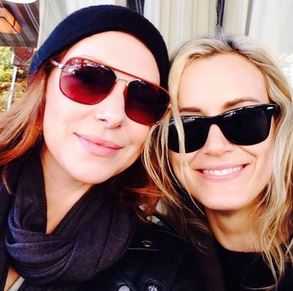 Oh come on, you didn't actually think that the lame spark between Piper and Larry would get us going? No way, it's Piper and Alex that ignite our flame. The actress playing Alex, Laura Prepon, is wickedly sexy in her own right, but it's her onscreen passion for Piper that really singes. The world cheered when Piper gave into her carnal lust and kissed Alex. It's wrong, so bad . . . but irresistible.

The same can be said of the show itself. Did we mention we're excited?