Carnal Cops Get Caught in the Act (And Other Fun Folks Who Have Sex at Work!) 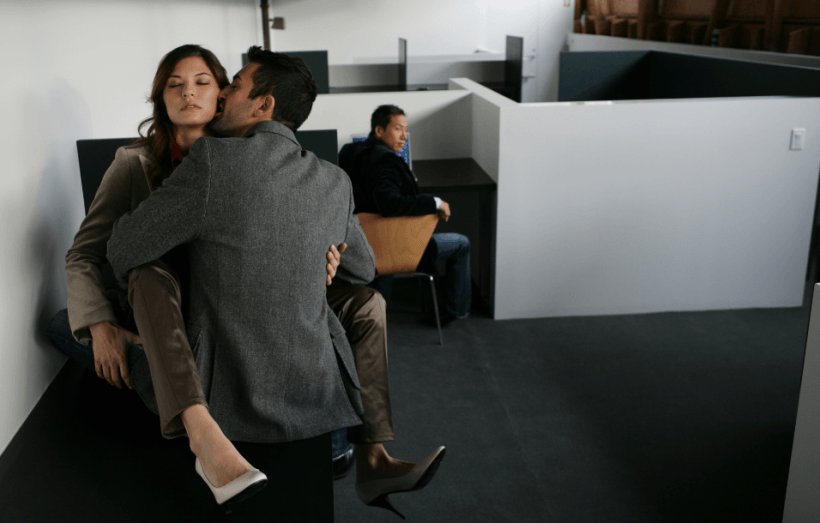 Working hard, or blatantly fucking your colleague? Unless I'm secretly the square kid in class, I'm pretty sure it's usually the former.

Alas, not the case for the Spokane County police department! County Sheriff Ozzie Knezovich had to send an actual memo to his deputies explaining that work nookie will no longer be tolerated. Apparently (and by "apparently" we mean "really?!") sex on duty violates the trust of the public, an officer's code of ethics, core values and general safety. (I mean do we need to remind you of what happens when you rush to get your fly up in a hurry? You get your johnson stuck in a zipper, à la There's Something About Mary.)

So, Sheriff Knezovich had to fire a deputy for doing this in the past. Then, said deputy fought the decision and got his job back. (Hence the necessity of a new memo.)

But in case you thought the thin blue line of justice were the only working stiffs who likes copulating in the cubicle, it's not just kinky cops: recently a Reddit user asked followers if they had ever made the beast with two backs while on the job. So who's getting down and dirty?

So glad you asked!

On the longer flights we have 3 pilots and take a break in a (locked!) crew bunk behind the flight deck . . . I'd just had a 3 night trip to South Africa and I'd taken my girlfriend and we'd spent an amazing few days on safari. The flight back was a night flight and I'd made sure that she was in the very front of aircraft nearest to the flight deck. When my break came I got her attention and she casually got up and walked into the crew bunk without anybody noticing. Getting paid to have intense sex 32000ft above the coast of Angola remains a particular career highlight to this day. - Boeing

I deliver[ed] pizza after high school my girlfriend at the time would order pizza and have me show up and bang her. The best." - kingsbreath

I got blown by my partner bartender(female) while tending bar at a popular Atlantic city restaurant. I was having a conversation with a customer about the Dave Matthews Band at the time. - theknowmad

Yeah, when I worked in retail, I was dating a guy who worked in the back of house. We used to sneak away to the back tunnels of the mall and up this flight of stairs, right outside the Barnes and Noble Cafe emergency exit and he would just go at me against the wall. We were not the only couple. — beepbeep_honkhonk

Doesn't your job feel like the biggest, most boring ball and chain on earth now?

Image: Jones, are you going to join or what? Courtesy of, ThinkStock