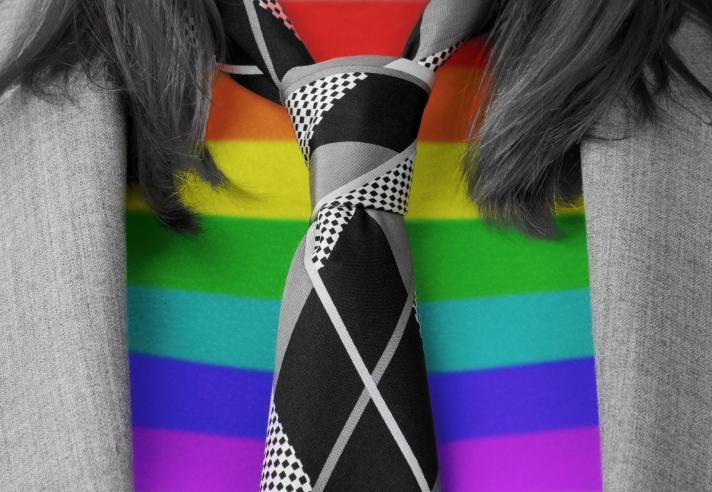 We all remember when President Obama proclaimed his support for the LGBTQ community. It was a watershed moment, and pretty damn cool (though, alas, not everyone agreed—haters). But then . . . nothing. I mean, it's good to vocally support the cause, but actions are more powerful than words.

Luckily, it seems Obama has finally come around to this truth: He just asked his staff to create an executive order to ban workplace discrimination against LGBTQ employees of federal contractors. Obviously, this is a significant decision. And what makes it even more impressive is that, compared to predecessor presidents, Obama doesn't seem too keen on the executive order. Granted, the dude (I can call the president that, right?) isn't done with his second term yet—but his 173 executive orders (including the newest) is a far cry from Ronald Reagan's 381 and Harry Truman's whopping 896.

The Obama administration has actually been trying to move the needle on this issue for a while. But when it asked Congress to pass the Employment Non-Discrimination Act, the Senate passed it, but the House stalled it. As it stands now, many states (most sources say 29) allow employers to fire their employees for being gay. It's a tad more complex than these states screaming "you're gay? YOU CAN'T SIT WITH US!" But by having the power to exploit various loopholes to terminate employment, that's essentially what's happening. Obama's executive order would tighten the rules to curb this discrimination.

As countless employees have lost their jobs nationwide already, the decision kind of feels like too little, too late. But hey,  better late than never. So thanks, Obama, for finally taking a firm stand on this important issue. And LGBTQ community, sorry it took so damn long. You deserve to sit at all the tables.

Image: Loud and proud at work. Courtesy of, ThinkStock