Watch: Confirmation That Kittens Are, Indeed, The Cutest Things Ever 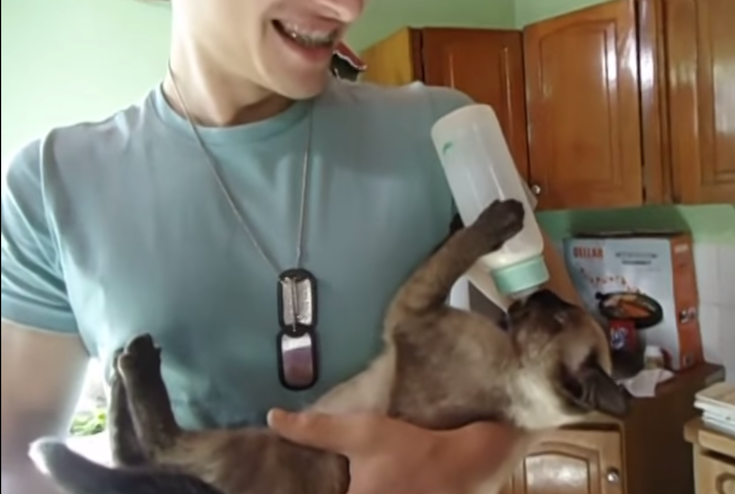 If aliens landed on Earth, they could be forgiven for assuming that the Internet was created to share cat videos. And we think even they would be won over by what we believe to be the cutest cat video of all time.

First of all, it's not even a cat in the video: It's a kitten. A teeny. Tiny. Fuzzy. Adorable. Kitten. This adorable little itty bitty kitty awww—um, we mean, this young cat—apparently believes it's a human baby. That is, an infant with spectacular climbing abilities. And enough control to bottle feed itself.

Okay, we'll stop there and let you see it for yourself. One question though: Why cat videos? A few months back, The Guardian pondered this very question. When comparing the popularity of cat videos to funny dog clips, it concluded:

Dogs are trying too hard. When a dog gets in a box or hides under the duvet or wears a funny hat, it is because he is desperately trying to impress you—longing for your validation and approval. When a cat does one of those things, it is because it felt like the right thing to do at the time. And it usually was. It is cool, and effortless, and devoid of any concern about what you might think about it. It is art for art's sake.​

It's like they're comparing my exes. In any case, enjoy the video and remember: This kitten is being cute for cute's sake.