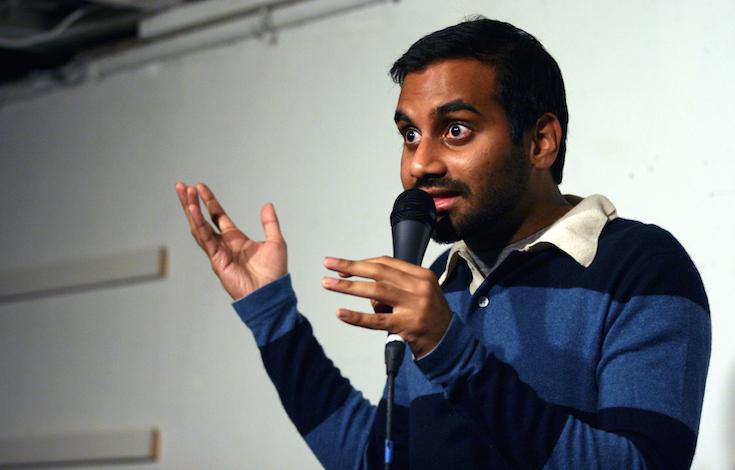 Ten years ago, online dating was more than a bit taboo. As we continue to turn our souls to the tech overlords, these virtually-fueled interactions are becoming the standard instead of the exception.

Is it okay to judge a potential date based solely on a picture? Can we Google search our date's name—or is that just plain stalker-ish and self-defeating? Comedian Aziz Ansari took the quandary to Reddit:

"Do you do online research before a first date? Did their web self line up with their real world self? Has what you found mislead you or been an accurate predictor? Did it make you more or less excited?"

True to form, Reddit users offered a sea of fascinating responses. Even truer to form, we were left with more questions than answers.

"I do not. Think of it as the HIMYM episode. You learn things you don't necessarily need to know and purposely try to skew his/her opinion." ​— tyled

Solid point. I linked the specific episode the user references, but think about your own social media profiles. Maybe you listed that you 'like' Nickelback eight years ago and haven't bothered to updated your music tastes. You know, because you have a life or something. Your date may see that (ugh, and those cat pictures that were obviously meant to be ironic), and assume all sorts of incorrect things about you. Le sigh.

"One of my best friends uses eHarmony in his quest to find 'the right one'. Although this fool-proof plan has yet to pay off for him, he has saved himself from dating a murderer. According to a few articles he researched online a fellow online dater was convicted of killing her mother, but has since been released.​" — rymurr72

Yikes! That alone makes me want to spend my hard-earned writer's money on a private investigator. Forever. Yet, as Oscar Wilde said in A Woman of No Importance, "every saint has a past, and every sinner has a future." Now I'd draw the line at "murderer," but what about a DUI or an arrest? Ignorance could be bliss . . . but it could also be a graveyard.

Yes! But be careful of the source

"I met my current girlfriend through a mutual friend that I work with. We hit it off when we were all out at a bar one night, and after exchanging some texts I finally googled her name. Her career path is high profile, so her online presence is very professional. But after finding her on Facebook through our mutual friend, and seeing her pictures, I realized that she's just a normal girl who enjoys hiking, fishing, kayaking, and more. This actually set tone for me to relax a bit, and just be myself, since I was a little intimidated by her when we first met. I was feeling like she was way out of my league initially, but the research calmed me down.

Things have been going great, and I really think she might just be the one." — IamA_DrunkJedi

Aw! It's interesting: many of us place a great emphasis on our careers, especially if visibility is intrinsic to our success. But people's jobs carry all kind of strange baggage for outside observers, creating everything from intrigue or intimidation to repulsion, regret, envy and lust. Who knew your 9-to-5 could be such a divisive factor in getting laid? (And loved.)

Yes! But don't be blinded by other factors

"I did meet someone online and he was a doctor. I was very into him and he passed the online check. However, the day before the date he sent me a dick pic and that was the end of that.​" — dating829

Well then. I guess a Google search doesn't reveal the sexting habits of potential lovers. Do I smell an entrepreneurial idea brewing?

It doesn't apply to everyone

"I've tried it, but oddly enough the women I date aren't interesting enough to be found on the internet​." - speno87

Alas, that is a valid point. If you have a name like Sarah Hamilton, it would take a digital detective to find you Sarah online.

It's a wise idea, but don't let your internet search determine your decision. (Unless you're that guy that discovered he was about to wine and dine an ax murderer.) There are other factors—like their actual physical presence—to consider as well. Ansari, meanwhile, is working on a book about modern romance. If you need me, I'll be staring at a countdown waiting for that inevitably hilarious—and likely humiliating—book to be published.