Today In Disturbing Science News: Spiders Are Bigger In Cities 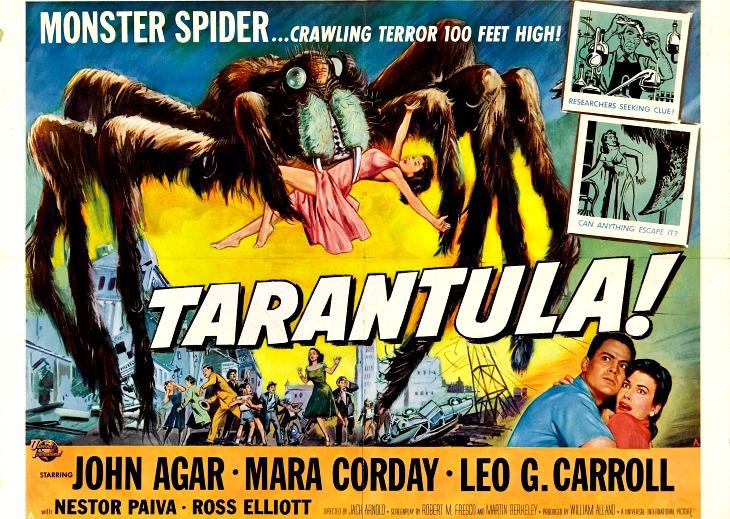 The continual sprawl of cities across the Earth creates some strange interactions with nature. Urban dwellers have imported animals like squirrels and sheep attempting to create a faux-countryside within skyscraper-filled streets. Cities can screw with typical animal behavior, as some creatures skittish toward humans in the wild become aggressive as they acclimate to urban life (we're looking at you, insane squirrels). And of course, bustling metropolises can also squeeze out previous biodiversity from an area.

But cities can also provide a posh new life for some species whose subsistence habits blend right in with city comforts. Many bird species, for example, positively thrive in cities and suburbs. And it’s been recently revealed that another critter sees cities as concrete jungles where dreams are made of: spiders. (Sorry.) Not only do some spiders get along swimmingly in urban areas, they are actually bigger, heartier and more fertile than their more natured kin.

Spiders Of The Outback

Yes, your creeping suspicion that the spiders frequenting your abode seem bigger than ever may be correct. A study in Plos One reveals findings from Australian researchers that golden orb weaving spiders—so named because they literally construct “strong orb webs with a golden sheen”—residing in Sydney are beastlier than those in the wild.

They came to this conclusion after capturing more than 200 specimens (probably a task given to lowly Master’s students) in various sites throughout the city. The team measured the spiders, looked at ovary and fat storage in applicable detainees and factored in the degree of urbanization where each spider was found. The results: Overall, larger spiders and those with more eggs lived in more urbanized spaces with less vegetation and more artificial hard surfaces.

Why would one of the first animal species to evolve on Earth opt for man-made environs? Some of their hypotheses:

* Concrete and other hard surfaces retain heat, leading to the urban heat island effect. This phenomenon can be gross for humans, but an aid for spiders in saving energy they’d otherwise use to stay warm. The result: The energy reserves allow the insects to grow, baby, grow.

* An even more direct proposition: City spiders simply have more to eat. The team found that many of their captured spiders were loitering around light posts and other sources of artificial light that attract a whole litany of bugs at night. All the beetles, flies and moths a hungry spider could want.

Wealthy suburbs may also produce more trash for spiders to feast on—hinted at by researchers’ finding that the large spiders with big ovaries (mmmm!) tended to be in densely populated suburbs.

* Urban orb-weaving spiders may encounter fewer predators and parasites, like wasps and other spider species that are less keen on city life due to differing foraging strategies and behavior. For instance, cities muck up hunting for non-weavers like wolf spiders, which rely on vibrations in soil or water to locate prey.

The Future Of Spider Meccas

What does this all mean? Will city-dwellers be inundated with ghastly large spiders beyond our physical and psychological ability to control?!?

Like all good ecological systems, there are checks and balances in cities, and urban-loving spiders will probably hit a tipping point in the food availability for their increasing populations. Or climate change could make cities too warm even for the currently cozy arachnids. Or new spider species could move into cities and compete with/prey on the current denizens.

But until such tipping points may occur, you may want to avoid watching the following films: Tarantula, Kingdom of the Spiders, Earth vs. The Spider, Arachnophobia and of course The Giant Spider Invasion. Don’t torture yourself like that.