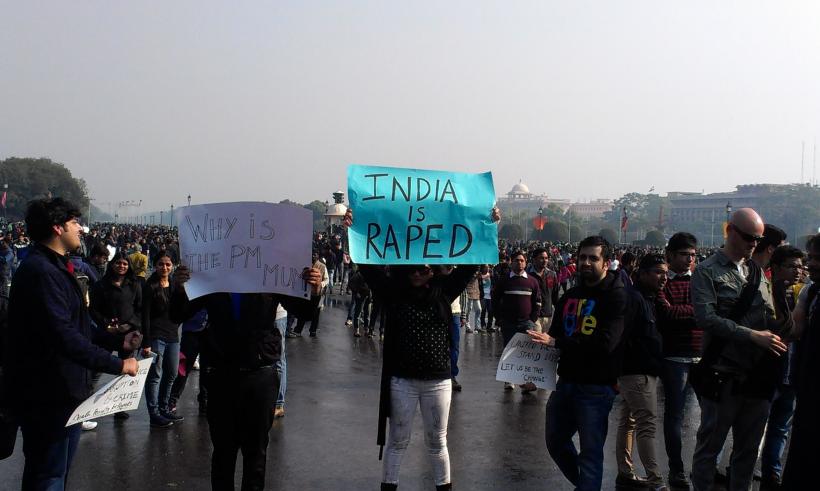 Well, it’s happened again—another politician in India has espoused a grand and shameful opinion about rape. According to Deepak Handar, Member of the Legislative Assembly from the Trinamool Congress, “As long as the earth exists, there will be rape."

These words are the latest in a bizarre blame game currently dominating Indian political circles. The mission of said game? Implicate everyone for rape but the actual perpetrators of sexual violence. Here are just some of the other harrowing comments that have been made:

The most disturbing part of all this? These comments reflect the deep-rooted patriarchal and misogynist attitudes of those who wield the power to set laws and policies directly affecting women. Amid such discriminatory comments, it was a relief to hear Prime Minister Modi address this issue in a remarkably sensible manner during his Independence Day Speech from the Red Fort in New Delhi.

"Brothers and sisters, when we hear about the incidents of rape, we hang our heads in shame," he said.

Finally, a politician providing the correct response to the tragedy of rape. If only other Indian politicians would rightly hang their heads, too.