Here's What To Say When Someone Comes Out To You 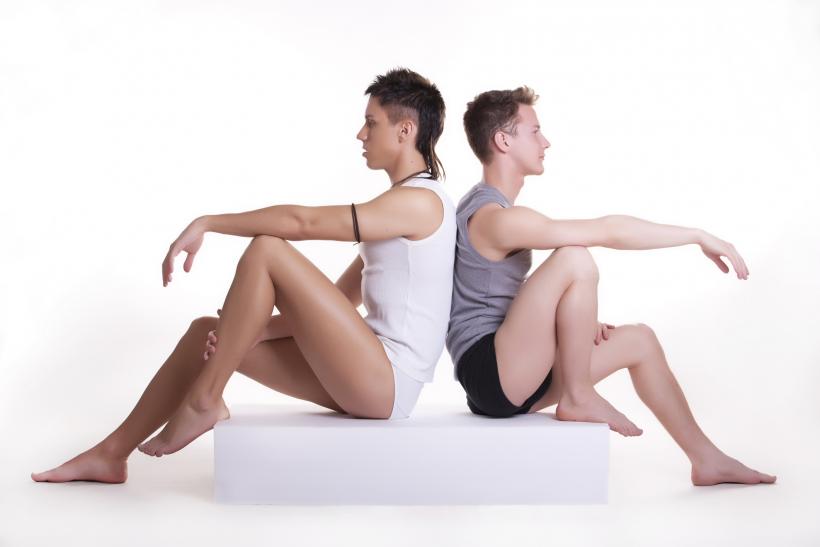 "So, have I told you I’ve been thinking about coming out? Like in a gay way?"

I knew she’d be cool about it, but the last time I’d seen her was months ago when I’d been telling her about a guy I’d been seeing, back when I was trying, really trying and making such an earnest, honest effort to be a straight girl. I really wanted to be straight. I tried. And for most of my life I’ve been really good at it. It’s not that I don’t find cis men attractive. I’m an equal-opportunity make out artist. I will make out with all the beautiful straight men, ever. I just don’t want to date them. Or have sex with them. I’ve always known this, deep down, but I didn’t know it was because I was queer, I didn’t make the connection for a long time. I just figured there was something wrong with me. That I was just defective. That had always been an easier answer for me to accept. It made more sense, for some reason.

I told my friend, and nothing happened. She looked at me like, Oh, cool. That’s it? My friend’s an artist—I’m not her first queer friend. She’s been through this a few times before. So we went and ate oily garlic bread and joked about how the paintings hung on the restaurant walls looked like vaginas. If coming out was going to be all carbonara and abstract vaginas, this wasn't going to be so bad!

After that, I came out to my queer friends, which was extremely uneventful. All I got was, it’s about time. OK I get it—I’m not the first and only queer person in the world to come out. (Also, good to know everyone else knew I was queer except me—thanks for the heads up guys!

The only person left to tell was my mom.

I love my mom. She brought me up with the same Cuban immigrant mentality she was raised with: go to school, get a job, work hard, survive. Oh, and go to church. If someone related to me had been gay, I would have never known. It’s not the kind of thing people in my family talk about.

I thought up a script in my head of what I would say, then I actually wrote out a script on actual paper, then I crumpled it up and threw it out. I almost told her once, but I freaked out because I hate confrontation; I hate any kind of hyped-up, confessional moment like this. I thought about picking a day, a specific time to tell her. Would it matter? I decided that it didn’t matter, that there was nothing I could do to make this less uncomfortable because I was about to initiate a conversation about who I like to have sex with . . . that I felt a compulsive need to have with her.

There was a long pause and I started laughing to fill the silence, a maniacal nervous laughter. She didn’t say anything for a long time. Then she started crying. She had a lot of questions, which I did my best to answer. She said she wasn’t happy about this whole thing, but we hugged and she said she still loved me. Then she told me that if I ever wanted to take a DIY plumbing class at the Home Depot so I can be useful and fix her sink, she would fully support me in that. So that’s good to know.

In Other Gay News

Last week, HuffPost ran a piece called “The Straight Person’s Guide To The Coming Out Conversation,” which is timely given the release of Daniel Pierce’s viral coming-out video. At some point in your life—whether you identify as queer or not, someone will probably come out to you—and straight people might need help navigating this conversation too.

To start, there are a few things to definitely not say when someone comes out to you:

No, this is a fake coming-out. I’m coming to you with this incredibly personal thing that you may pass judgment on, but it’s OK, I’m kidding. OF COURSE I’M SURE.

“So does this mean you’ll start dressing like a (fill in the blank) now?”

“I support your lifestyle”

Thank you, I’m glad you approve of weekend Netflix marathons and eating microwave popcorn in bed on Tuesday nights and falling asleep with un-popped kernels in my hair.

All you really need to say is...

If you like this article, please share it! Your clicks keep us alive!
Tags
sexuality
lesbianism
queer
gay
Homosexuality
coming out stories
what to say when someone comes out to you