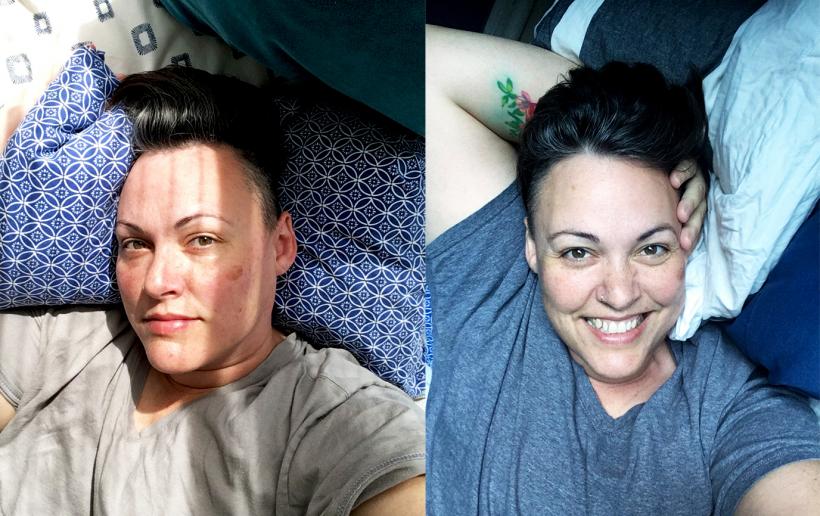 The saying “gender is between the ears and sexuality is between the legs” is easy to remember, but too simplistic. Your gender is whatever you feel and believe it is. You can’t do your gender wrong. You don’t have to prove it to anyone. Often, a person will want to make outward changes to how they look if the gender they feel is different than what they were born with, but not always.

Believing in a gender binary, where only “men” and “women” exist, has created a stifling system where personality traits are attributed to one gender or the other. This ignores the vast intersections where male, female, and non-binary characteristics exist, co-mingle, and crossover. What’s wrong with a man crying and being sensitive? What’s wrong with a man in a dress? What’s scary about a woman who is strong and capable and assertive? Nothing but what we’ve made it be, and it’s all arbitrary.

Sexuality Is More Than What’s Between Your Legs

The sex parts you were born with may or may not fit you. We are quick to think we understand so much about another human based on if they have breasts or a penis or both or neither. But, sexuality is so much more than just what resides between your legs. Sexuality is hormones and scents and hair and ideas and the timber of your voice. It’s how you feel when you get turned on. It’s the chemistry that occurs when you’re close to someone you’re attracted to. And sometimes the sexual parts of your body are the very least of it.

Throughout a single day, I will most likely fluctuate between masculine to androgynous to feminine to butch and back again. Sometimes who I’m with affects how I present and how I feel. And other times, I am how I am, regardless of who I interact with. Being okay with that has been one of the biggest hurdles to accepting myself.

I’ve learned to stop talking about myself with an implied apology. “Don’t even look at my clothes,” I’d say when I ran into a female friend. “I just threw something on this morning”  — because I was suddenly embarrassed that I was wearing jeans and hadn’t put on makeup. But when I left the house feeling distinctly "dude" that morning, makeup was the last thing on my mind.

Giving yourself and others permission to simply be however they feel moment to moment is a huge gift. It removes the need to justify or explain anything. It also acts as an inclusive behavior where all people feel welcome, regardless of if they are presenting the same as how they were earlier that day or even last week.

Talking About A Genderfluid Body

Sometimes I forget I have breasts. Sometimes I miss the penis I have never had. And sometimes, as my girlfriend says, I mistake my period starting for possibly bleeding from my butt because I forget I have periods. It can feel jarring or condescending when someone tells me I’m beautiful or pretty or lovely. Sometimes I like being told I look handsome, but it can feel like an insult if I’m feeling feminine on the inside. Giving compliments to a genderfluid individual based on physical appearance can feel like a field of landmines. Merely saying, “I’m very attracted to you,” can go a long way.

Try moving away from appearance-based observations as compliments. Someone telling me I’m beautiful isn’t nearly as meaningful as someone noticing how hard I worked on a project or how I navigated writing about a tricky subject or telling me I seem stronger or happier than the last time we spoke. Engaging with a genderfluid person on a deeper level than appearance will mean so much more to them and help them feel accepted and seen.

Although I do accept the pronouns she, they, and he, it doesn’t feel right when someone addresses me as ma’am, sweetheart, ladies or girls (when in a group), honey, sugar, or any other name generally assigned to a female.

I started calling everyone “dude” and “guys” as a kid. It’s a hard habit to break, even after understanding how I don’t like to be called female nicknames. I’ve tried to embrace folks and y’all as placeholders until I find something better.

There are no easy answers when trying to take shortcuts when addressing genderfluid folks. The best course of action is just to ask them what they’d prefer to be called and then trying to remember to use it.

You’re attracted to someone who is genderfluid. Great! And also, there are a few things you might want to consider.

Did you meet this person when they were presenting distinctly feminine or masculine and if so, are you still attracted to them if they present another way? I dated a lot of people before I met my girlfriend, who is also genderfluid, and I can tell you from personal experience that it feels pretty bad to show up one way for a date and realize the person thought you were only going to be presenting one gender expression all the time. A genderfluid person may try to show up, always presenting the same way, if they know that’s what you prefer, but it won’t last. There will be a point when they can't act as if all the time.

An exception to this might be a genderfluid person who is polyamorous. I found having a variety of relationships to engage in with different people, sometimes presenting more masculine and other times more feminine, was a pretty great way to meet all my needs.

If having a sexual relationship with a genderfluid person is something you both want, it’s best to consider this beforehand and talk together about what that might look like. If they are presenting masculine, do they want you to touch their breasts or would that feel bad? If they are presenting feminine, would they prefer you to be more dominant or would that feel threatening? Are you into them wearing a strap-on? Do they want to be called baby or babe or something else? The more you explore in words before being physically intimate, the fewer surprises you’ll run into when the time comes.

Being with a genderfluid person can be a well-rounded and full experience. You might find that more of your relationship needs get met than you had thought possible. You also might find you enjoy the sensation of being the more masculine or feminine one in the relationship from time to time. Genderfluidity opens up opportunities for exploring yourself and how you approach others in relationships, which can be fulfilling and rewarding.

If you like this article, please share it! Your clicks keep us alive!
Tags
genderfluid
gender
LGBTQ
LGBT
non-binary
queer