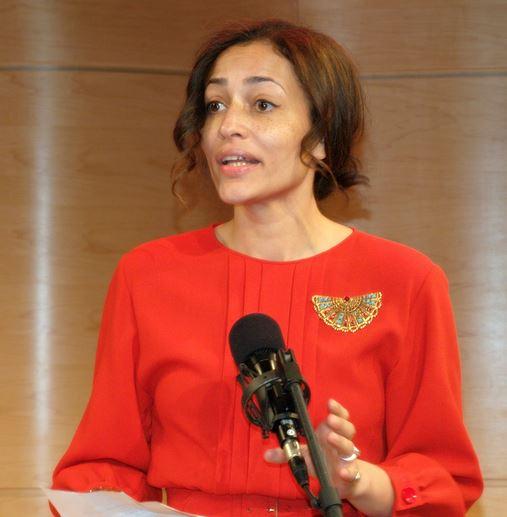 Considering the fact that women remain woefully underrepresented in the literary world, it came as a pleasant surprise today that this year's prestigious BBC National Short Story Awards shortlist is entirely—as in 100%—dominated by females. What's more? This is the third time in the last nine years that the list has been all ladies, all the time.

Obviously, gender parity is about men and women competing as equals for such honors, so we're not calling for an all-woman list every year (or are we?). But what is exciting is that this seems to suggest the BBC is essentially gender-blind in its selections, and not bucking to the entrenched trend of favoring male literary talents.

More interesting still, three of the five stories on the list were published in The New Yorker, which has typically skewed male with its content. That means these women rose to the top despite not having as much representation as male writers. Also very much of note: all the nominated works by these women have female protagonists.

Now, who are the illustrious honorees in question, and what did they write so illustriously? Let's recap. And raise a glass.

No stranger to critical praise, Hadley's debut novel, Accidents in the Home, was longlisted for The Guardian's First Book Award. She's a regular short story contributor to The New Yorker, where her entry for the BBC award, "Bad Dreams," was published.

In it, she tells the story of a girl who dreams up a new, more satisfactory ending to her favorite book, Swallows and Amazons—a premise based on an actual dream Hadley had. The first passage from the story:

"A child woke up in the dark. She seemed to swim up into consciousness as if to a surface, which she then broke through, looking around with her eyes open. At first, the darkness was implacable. She might have arrived anywhere: all that was certain was her own self, lying on her side, her salty smell and her warmth, her knees pulled up to her skinny chest inside the cocoon of her brushed-nylon nightdress. But as she stared into the darkness familiar forms began to loom through it: the pale outline of a window, printed by the street lamp against the curtains; the horizontals on the opposite wall, which were the shelves where she and her brother kept their books and toys."

Shriver may be best known for her book We Need to Talk About Kevin, later turned into a deeply disturbing film starring Tilda Swinton. Her other novels include the National Book Award finalist The New Republic and New York Times bestseller So Much for That. As a journalist, her work has appeared in The Guardian, The New York Times, The Wall Street Journal and others.

"Kilifi Creek" is about a Yank who heads to Kenya and finds herself in the throes of death. The opening passage:

"It was a brand of imposition of which young people like Liana thought nothing: showing up on an older couple’s doorstep, the home of friends of friends of friends, playing on a tentative enough connection that she’d have had difficulty constructing the sequence of referrals. If there was anything to that six-degrees-of-separation folderol, she must have been equally related to the entire population of the continent."

While every other college student was playing beer pong and sleeping in past noon, Zadie Smith was penning her breakthrough, critically adored, Orange Prize-winning novel White Tooth as a senior at Cambridge University. She's currently a tenured writing professor at NYU.

Her award-nominated story is a characteristically colorful tale of a New York gal in the hunt for a corset. The opening passage:

"Aside from the nights she worked, Miss Adele tried not to mess much with the East Side. She’d had the same sunny rent-controlled studio apartment on Tenth Avenue and Twenty-Third since ’93, and loved the way the West Side communicated with the water and the light, loved the fancy galleries and the big anonymous condos, the High Line funded by bankers and celebrities, the sensation of clarity and wealth. She read the real estate section of the Times with a kind of religious humility: the reality of a thirty-four-million-dollar townhouse implied the existence of a mighty being, out there somewhere, yet beyond her imagining. But down here? Depressing." 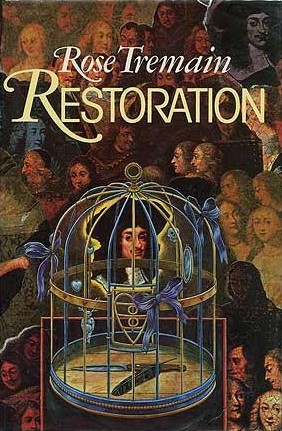 Tremain, like Smith, has also been lauded with an Orange Prize, for The Road Home. Her tome Restoration was shortlisted for the Booker Prize and later turned into a film. Her short story, about a powerful love affair, will appear in a short story collection by the same name this December—how many months until December again?

A distinguished editor as well as writer, Rhydderch served as an editor for the New Welsh Review and associate editor of Planet: The Welsh Internationalist. In addition to being a noted short story writer, her novel The Rice Paper Diaries nabbed the Wales book of the year fiction prize last year. "The Taxidermist's Daughter" explores a young girl's sexual coming of age in post-war Wales.

So what are you waiting for? Get thee to thine nearest library or bookstore, and start reading the phenomenal prose of these esteemed female writers.