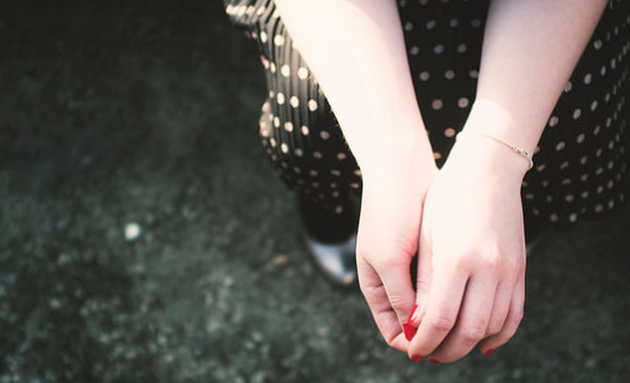 The night I found the chinchilla, I was on crutches, snooping around the newly-built mansions behind my aunt’s subdivision. I looked into empty rooms where nothing had happened yet. Life might still be pretty, inside and out.

It used to be thick Georgia forest back there, but they stripped it to clay, trucked in sod and saplings and built nine distinctive homes for no one. Flags on stakes heralded a Spring Open House, with pony rides and a petting zoo for the kids.

I figured that’s where the chinchilla came from.

He lay on a bricked driveway, wet from sprinklers. He looked like a tiny squirrel with huge ears. Fur twisted in dark curls. It took some doing, with leg casts, but I managed to pick him up. I tucked him into my messenger bag. Back in my aunt’s kitchen, I laid him on the counter. I tried to dry him with a towel, then my hairdryer. An internet search showed me what he should look like. Chinchillas were beloved for their beautiful, dense fur. Farmers raised a hundred for a single soft coat. Or they were sold as cuddly pets. Beneath the fur, he was a scrawny, pink-skinned rodent. You weren’t supposed to see that.

He wasn’t dead, but he was close.

After what happened in New York, my aunt invited me to Georgia, to live in her house until it sold. She didn’t know me well, her Yankee niece. But she understood the need for escape.

She’d just moved to Orlando with her new boyfriend. She said I could keep tabs on her good-for-nothing realtor. Keep the nosy HOA off her back. They didn’t like vacant homes. They worried their houses looked shabby, compared to those nine new mansions. They planted more crepe myrtles at the entrance.
“People like crepe myrtles, I guess,” said my aunt. “But every winter they’re hacked back. The branches are blunt as fists. When they finally bloom again, I can’t look. Ornamental trees, where there used to be wilderness,” she scoffed.

I didn’t mind the crepe myrtles, but then I only saw them at night. My aunt told me her neighbors turned in early. I’d have the sidewalks to myself after dark. She’d heard from my mother, how people stared.

I’m big. Tall, but more than that: I’m hefty. Large. Thick limbs, dense trunk. Not a pruned ornamental, but a tree that crowds out the neighboring flora.
When people stare, they seem angry.

The New York detective said my size probably wasn’t a factor in the balcony collapse. Balconies should be locked, even on the lower floors, in a building full of NYU undergrads.

Awnings broke my fall. No one on the street was dead, but some were close.

In my hospital bed, I burned with pain the narcotics couldn’t reach. Humiliation squeezed my heart until I gasped. My pulse looped.

The chinchilla wasn’t interested in the lettuce I ripped up for him or the carrots I diced. He wouldn’t rouse himself to sip water from the dish. He was utterly still, at peace or in shock. Next door, Mr. Patel went out back for a cigarette. His smoke hung in the thick, humid air. When he was done, he flicked the cigarette away from his azaleas, into brush. I watched until the ember went dark.

Fire scares me. I imagine air sucked from my lungs, flesh melted to bone, my body reduced to weightless ash. I want that so much it scares me.

Before NYU, there was a doctor who wouldn’t help. He said my hormones were normal. No pituitary tumor. My weight was okay, for my height, which appeared to be leveling off.

“Your weight doesn’t qualify you for bariatric surgery,” he said. “And, Gerry, you are not a giant. Leg shortening is very rare. Extreme. You don’t want surgery. You’re just a big girl.”

“Worst kind of girl you can be.”

“Fashion models are tall,” he said too brightly. He gave me a kind, reproachful look, like my father did sometimes. Then he stood to leave. That also reminded me of Dad.

Hours later, the chinchilla hadn’t moved. His fur was still damp. I found the number of an emergency vet.

“Lethargy, diarrhea, cloudy eyes,” she repeated. “There’s only one thing I can do for him. But it won’t be long. Keep him home.”

I told the detective I went out on the balcony for some air. In the common area by the elevator, I shoved aside a couch that blocked access to doors that were locked, but things break easily in my big hands.

It was Friday afternoon, classes done. My roommate and a cute Hellenic Studies major sat on her bed and licked ice-cream. I left, wishing I had a cone, too, but I won’t eat in public.

I imagined my roommate’s sticky hands on that boy. Skin meeting skin: it was easy for some people.

I imagined it was easy. I wanted to leave a hole as big as me.

Free up the space I’d taken, more than my share. If only that surgeon had cut me down to size.

By dawn, the chinchilla was dead. I tucked him back into my messenger bag, made my way on crutches to those empty mansions. One of the never-used backyards had a young magnolia tree, the base circled by stones. I brushed away leaves like leather scraps, pulled back a corner of sod and dug a hole. I whispered a eulogy: He was more than his fur. He was forgotten, but I’ll remember.

Then I put one of the stones in my bag and hobbled to the glass patio doors. Inside were rooms full of lies. I threw the rock, hard as I could. Sometimes you need to hear something splinter.

Later, back inside my aunt’s house, I watched Mr. Patel toss another cigarette. This one also failed to catch.