History Of The Femme Fatale: Part I 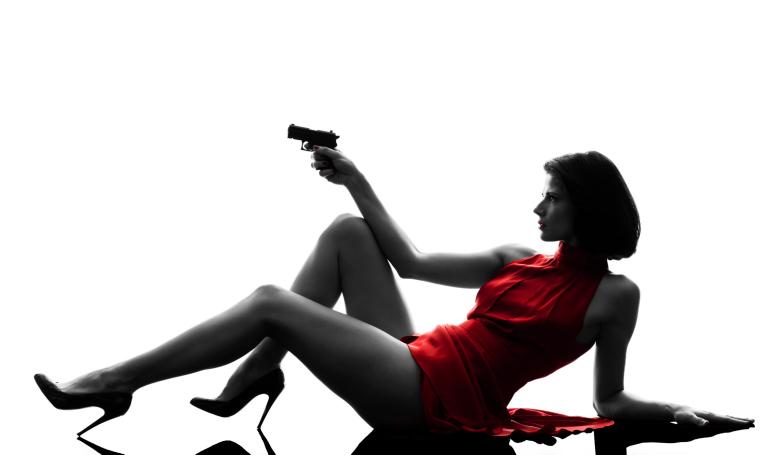 What it connotes can be interpreted in many different ways, and no matter how you spin it—whether it's the extreme conclusion that sexy women just can't be trusted and their beauty serves only to lure men into serving their shadowy motives or that destructively-attractive ladies just make for interesting characters who enable artists to dive into the complexities of human sexuality—given that the theme has survived countless generations, it's certainly one worth exploring.

So here we go, with part one of our two-part series delving into this salaciously-lethal lady trope. We start our journey way back in . . .

Around this time, we have the birth of that great Greek epic poem, The Odyssey. While the tradition at the time was to tell such stories orally, Homer is generally credited as its author (that is, if he even existed). The tale describes proverbial hero Odysseus and his journey home after fighting in the Trojan War (which itself was fiction, but inspired by real wars). It's a long poem—and for damn good reason; he's forced to battle approximately a zillion difficulties before reaching home (making your super-long-oh-so-tiring week look like a walk in the freaking park).

The most prominent examples of the sexy-but-deadly lady-types we encounter within The Odyssey are the Sirens. Though their bodies (human head, bird body, WTF?) are, uhhh, not exactly what we might perceive of as Sofia Vergara-level sexy, their overtly seductive singing drives men insane—literally insane. When the sailors hear their songs, they lose the ability to guide their ships; an uncontrollable draw lures men to the Sirens' island, where the penis-laden forget everything important in life (even, you know, the details of, say, feeding oneself)—and die.

Odysseus, knowing the destructive power of the Sirens' song but still curious as hell about it, had his men tie him to his ship's mast while his fellow sailors guarded themselves by placing wax in their ears. And though Odysseus had been forewarned about the utterly destructive nature of the Sirens' singing, he still succumbed to their wiley ways, begging his men to unbind him so he could follow their music. Because the crew had ear plug defenses in, they were like, "Bro, you thirsty—those women are deadly," and continued the journey, saving our hero's life.

Among the many characters associated with the fictitious King Arthur and his round-tabled knights is that of enchantress Morgan le Fay. Referred to by name first in Vita Merlini ("the Life of Merlin") by Geoffrey Monmouth, Morgan made countless appearances in medieval literature. It's speculated that her character was inspired by a Celtic myth, but it's difficult to determine which (if any). Morgan is beautiful, but she can shape shift—so, her gorgeousness is mutable. Monmouth describes Morgan as the prettiest of all her kin. And it's not just looks—this bad bitch has some brains too! Morgan learns to read and write (kind of a big deal for anyone during that time) and Merlin teaches her magic. So basically she's a triple threat.

You're most likely to have run into her in Sir Gawain And The Green Knight* (which, if you majored in English Lit, you likely read at least twice—as well you fucking should, it's awesome). Long story short, devious sorceress Morgan orchestrates an elaborate challenge for the sole purpose of making Sir Gawain fail (which, thus, makes her real targets—King Arthur and Guinevere—look bad by association). One important piece of this test involved Gawain's attempted seduction by the beautiful, but married, Lady Bertilak. Per Morgan's prompting, Lady Bertilak throws herself aggressively at Gawain—repeatedly. She runs into his room before he's dressed, lies on his bed almost naked, and even says, "You are welcome to my body," and then mocks Gawain for not instantly banging her. Lady Bertilak does urge him to take a gift of a belt, which he ultimately, reluctantly agrees to—which later almost costs Gawain his life. Instead, he survives and he's shamed for his inability to resist her. In the end, Gawain admits that this experience has scarred him and he realizes all women are evil seductresses. Ladies, Gawain concludes, can't be trusted. Though this probably files Sir Gawain under "misogynist," the reader almost can't blame the knightly dude for his conclusion after all his tribulations.

*To note that the author of Sir Gawain And The Green Knight—The Pearl Poet—has never been identified. It's possible that the Pearl Poet was a woman, but very unlikely (you'll see why this is important tomorrow!).

And thus completes round one of our excavation of the femme fatale archetype. Stay tuned for part two of this steamy series tomorrow.