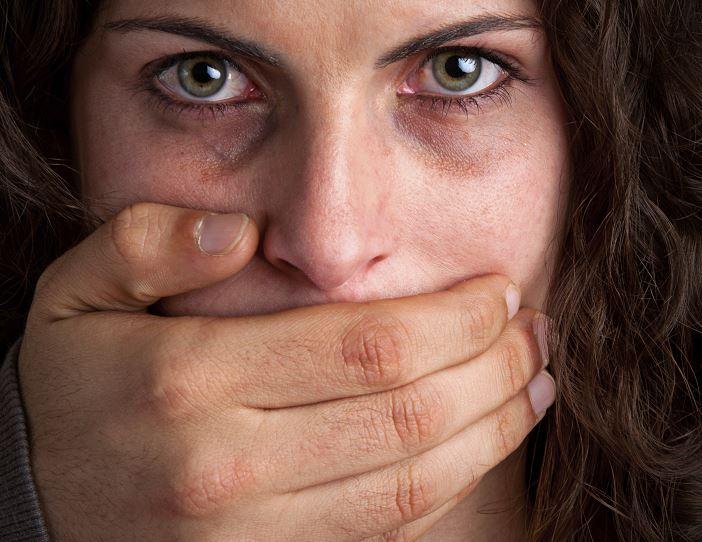 Hate speech derives its power by creating demand. For violence. For harassment. When someone with systemic privilege or power expresses a desire for someone with less power to suffer, and suffer in part because they are unhappy with the power disparity, it imposes a value—currency—on that suffering.

Those who then follow through on that demand collect on that currency: the affirmation of “having done good,” of having appeased, of having demonstrated loyalty.

This currency defies quantification: The cookie you get from your fellow GamerGaters for tweeting death threats to Brianna Wu cannot be eaten or traded for goods and service—but it is real enough that you threatened to kill her over it.

Because of this, it's hard to compare and cross-reference it to things that can be quantified: membership lists, message board postings, etc. The exchanges of this currency can’t be tracked or disentangled from the nebulous ill intent of their origins.

Eron Gjoni wanted Zoe Quinn to suffer. He may not have cared who made her suffer, or how they made her suffer, but by disseminating accounts of her sex life for the consumption of an agitated element of gamer culture, being fully aware of anonymous men’s antipathy toward women who have “done a man wrong,” he knew she would suffer.

GamerGate in turn disowns that intent.

This denial has manifested in code-naming Zoe Quinn, Brianna Wu and Anita Sarkeesian, the three most prominent victims of the movement, as LW 1, LW 2 and LW 3—the LW standing for “Literally Who” or “Literally Why.”

Whenever someone is harassed into hiding for the movement, they are quick to affirm that it was not by the movement. The intentions and efforts of “the movement” and those who “anonymously” carry out “the movement’s” wishes are a perfect overlap—save for this tiny gap that is created by our inability to conjoin the death wish with the “death act.” But in that gap, an incomprehensible harm continues to flourish.

This is how Ted Nugent gets away with “wishing aloud” for the murder of Barack Obama and Hilary Clinton. He does his little turn on the catwalk and says to his audience “wouldn’t this just be the best thing ever,” knowing he doesn’t have to actually do the legwork himself. His fans share his political outlook but not his status—but hey, if I killed Barack Obama and Hilary Clinton, then Ted Nugent would maybe like and respect me, and I could be closer to that star, even if I have to spend the rest of my life in a federal penitentiary.

A less dire example: By employing your privilege as a professional athlete—a societally agreed upon “alpha male”—to suggest that Michael Sam should not be allowed to kiss his boyfriend on national television because it’s “gross” or “will give children ideas,” you are tacitly asking for the erasure of not just one man, but an entire section of maleness from your sphere.

And so, though you aren’t responsible for someone reading your twitter to harass ESPN into apologizing for showing Michael Sam’s kiss, you are culpable.

It is still your fault, be it by a little or a lot. Intention and privilege are not inert.

Over the weekend, Chloe Sagal, developer of the indie game Homesick and a trans woman, responded to the pointed transphobia of GamerGate by claiming she would kill herself if the harassment didn’t cease. Sagal had, last year, attempted suicide over livestream. Her struggles with mental illness are well known and documented within the games community—when GamerGate cries out “journalistic ethics,” they are not referring to the sensitivity surrounding coverage of her recovery from suicide, but an absence of needlessly cruel criticism regarding her trans identity and the medical procedures she took to rectify this.

Most of the transphobic abuse comes from CHOBITCOIN, a woman. This doesn't invalidate the clear MRA focus of GamerGate—the rift in feminism created over trans inclusion gives CHOBITCOIN plenty of incentive to harass Chloe Sagal, to invalidate her suffering and press her into invisibility. Some of Michael Sam's biggest naysayers are fellow men of color. People taking the side of the oppressor over those they should share common ground with is kind of essential to this whole "patriarchy" thing running on time.

Arthur Chu—yes, the Jeopardy champion—has a lot of excellent commentary on the role marginalized people play in the proliferation of GamerGate's racist, misogynist crusade against SJWs.

One twitter user in particular, @TheGhostRat, went above and beyond to prey on a fragile Sagal, requesting a press pass for her funeral.

ProTip: a “tripfag” means someone who posts to an anonymous message board but maintains a specific post ID so that users will know it is the same person.

A gentle reminder that GamerGate has published multiple lists of journalists they deem “enemies”—and that these materials are so wholeheartedly disseminated on the internet that I, one of those enemies, have access to these lists.

GamerGate has no fear of these lists getting in the “wrong hands,” of an “independent fringe.” They want the people on these lists to know they are on lists, to fear the unseen and unknowable, and for those who wish to participate in the movement to have clear instructions for how they can “get involved” with the good fight.

When you operate in anonymity, and have the benefit of societal ubiquity, there are no “wrong hands.” Any harm done to any opposition of the movement is intentional.

The damage done, GamerGate committed to the requisite disownership and tut-tutting of the very people who commit their dirty work. They do not draft up a contract for the dirty work, but someone does the work and they, at least in the form of emotional gratification if not in the proliferation of white supremacy, all benefit from the result.

GamerGate was offered a chance to “put their money where their mouth was” and donate to their victims—Zoe Quinn, Brianna Wu, Anita Sarkeesian—as a show that their movement ultimately condemned violence against their dissenters. You have to laugh at their responses, so as not to cry.

As a woman and game developer, Chloe Sagal very squarely sits in the crosshairs of the movement. By conducting this harassment through an exchange of unquantifiable, untraceable currency, GamerGate is able to push women like Sagal out of video games while maintaining a reasonable innocence.

They benefit from her silence—no matter how that silence is achieved, or who does it.

You cannot separate violence, any violence, from the context and circumstances of the society in which that violence transpires. Whoever benefits from violence is culpable for that violence.