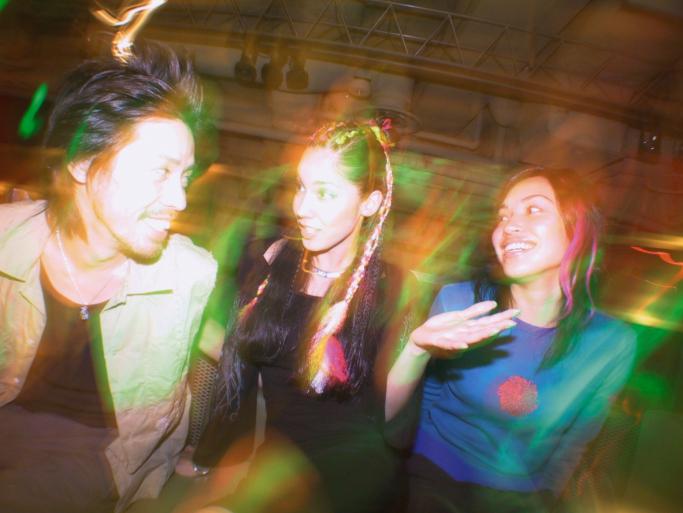 Maybe it's just what 18 year-old Stefan Sortland did—after consuming molly (MDMA) and cocaine before a Halloween concert. Apparently, a person (not Sortland) had a seizure. Paramedics rushed to help him. Shortly after assisting, they noticed their ride (you know, the ambulance) was missing. Using the GPS inside the vehicle, authorities tracked it down. Sortland had left it in the middle of a highway, with major damages in the front and doors open.

The cops then found Sortland nearby wearing an EMT vest. He refused to cooperate, so officers used a stun gun on him (note: Sortland is white). At the police station, Sortland stood on a bench, kicked a wall, and masturbated. Well then. Once Sortland was transported to the jail, he expressed remorse for his actions. Then, of course, he later attacked deputies who were trying to bring food—almost literally biting the hand that feeds him. According to his father, Sortland does not have a history of mental illness and he's not on any cray medication.

Here's the thing about molly: it's supposed to be pure, but tests have shown that this is rarely the case. In fact, much of the powdered form contains no MDMA at all; rather, the substance is composed of other materials meant to mimic MDMA's effects. You know, like methamphetamine. Actual MDMA has been tested in healing Post Traumatic Stress Disorder and the results have been positive.

Yet, that won't do YOU any good if you get your molly from a neon dude bedecked in beaded bracelets seemingly crafted by lust stricken 11 year old girls at a summer camp. Admittedly, I've done my fair share of unprintable things—but this is where I draw the line. It's not my place to tell others how to live their lives, but you, dear minxes, need to be aware of this. Yes, Sortland's actions are are outlier—plenty of people gobble this feel good elixir in crazy amounts, and have a great time—but Sortland's tale shouldn't be glossed over as kid who "couldn't handle it."

People are infinitely intricate. You truly never know what side someone can hide, even a friend. Maybe the additional materials jive well with your bod, but it could unleash a dam of cray from your bestie. Perhaps everyone keeps it together, but your altered state prevents you from noticing that your "friend" robs you blindly. Do what you want, but remember that there are many uncertainties in molly usage, despite what popular opinion might suggest.