The Myth Of Misandry 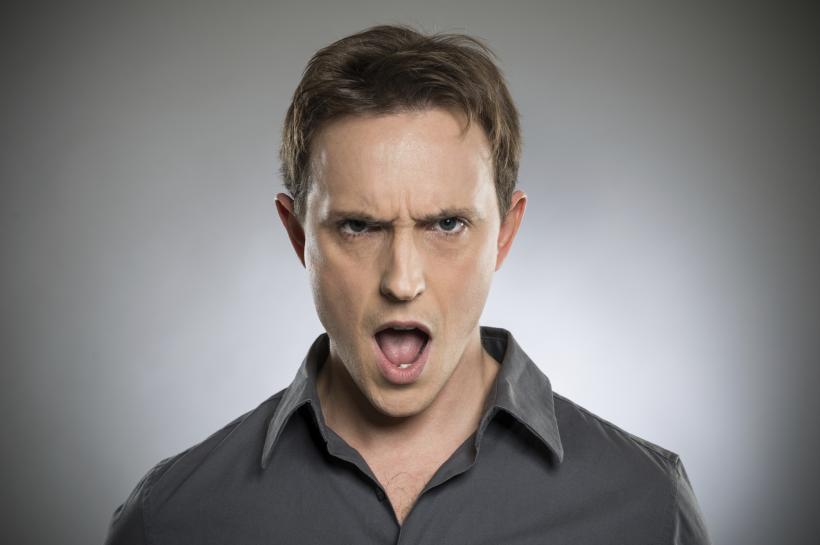 If you're a feminist with access to the Internet, you've almost certainly stumbled upon the term misandry—i.e. contempt for men—offered as the societal counterpoint to misogyny.

It's become so obnoxiously ubiquitous that I'm surprised Time didn't include it on their dubious list of words to ban in 2014. Twitter is chock full of dudes popping up out of their sad little man-holes crying “oppression!” any time someone breathes the words male privilege, and there are huge swathes of Reddit devoted to proving that misandry is nothing short of a rampant plague destroying the moral fabric of our society.

Maybe you've even encountered it personally; perhaps you've been accused of it because of your villainous, man-hating ways. Possibly you've seen it used by other feminists as an ironic self-identifier, a sort of jab at the old trope that anyone interested in promoting the rights of women must also hate men. Whatever the case may be, it's come to the point where the very concept of misandry needs to be addressed.

If you've somehow never come across the term misandry—in which case, lucky you!—let me offer you a bit of background. It was apparently coined in 1871, when the term misandrist appeared in The Spectator magazine, although it didn't really come into vogue until the emergence of second wave feminism. These days, it's used by every two-bit men's rights activist and is second only to “friend-zone” on the list of “terms I hope I never ever have to hear again.”

Now, the first thing you need to understand about misandry is that it isn't real.

Yes, there are individual people out there who genuinely do dislike (or at the very least distrust) dudes, and generally with good reason. However, unlike misogyny, misandry doesn't operate as a social force that subjugates, dehumanizes and marginalizes men. Men do not face oppression because they are men.

That's not to say that men never face oppression—far from it. Men can be marginalized by one or a combination of intersecting forces like racism, homophobia, ableism, classism, and even misogyny, but they are not oppressed because of their gender.

All of the issues that men's rights organizations trot out as evidence of “misandry” can be traced back to one of these other forms of marginalization. The fact that men are more likely to be injured or killed in the workplace is two-fold. One, women have traditionally been considered too weak or fearful to be able to do jobs that are dangerous and physically demanding (like mining or construction) and two, we live in a society that views poor people as being disposable and therefore does not require adequate safety precautions at work-sites that employ the economically disadvantaged.

The fact that mothers are more often awarded full custody of their children during divorce proceedings is because a) women are more likely to seek full custody and b) because of patriarchal ideas about gender that teach us that women are better caregivers and men are better providers. Men are disproportionately represented in issues like homelessness and suicide because asking for help or admitting to difficulty coping are considered to be feminine actions—and, of course, economic status, class, race and mental health stigma all have an impact on these issues as well.

Only when men deviate from traditional male gender roles that they begin to face negative consequences. But this isn't because society hates men—in fact it's exactly the opposite; it's because our culture views anything not-man as being lesser and tainted.

All that being said, what about those feminists who joke about misandry? Isn't it wrong to say that you hate men, even in jest? Doesn't that set the feminist movement, with its declared goal of equality, back a decade or five? And above all, where are the men in all of this discussion? Who is thinking about them?

Those are all very good questions, dear reader!

As writer-editor Jess Zimmerman so perfectly put it in Amanda Hess' recent Slate column, ironic misandry is a “reductio ad absurdum.” It works as a joke because it's “inhabiting the most exaggerated, implausible distortion of your position, in order to show that it's ridiculous.” The humor of ironic misandry lies in the fact that, contrary to popular belief, feminists don't actually hate men.

I keep seeing people use a line of reasoning that goes something like, well, how would you feel if men jokingly wore t-shirts that said misogynist on them or drank out of mugs labeled "female tears"—and OK, I get where you're coming from and all, but here's the thing: if the past bajillion years of history hadn't happened, and if women didn't experience oppression and marginalization on a staggering global scale, maybe I would find it funny.

But things don't exist in a vacuum, and the truth is that misogynists actually do threaten, hurt and kill women on a regular basis. So when men “ironically” call themselves misogynists, what they're conveniently forgetting is that misogyny is a very real thing that women live with every day and I promise you—without a hint of hyperbole—that it's a force that makes us actually fear for our lives. On the other hand, there are no feminists out there shooting up fraternity houses because of misandry a la Elliot Rodger.

So in conclusion, yes, misandry is in the dictionary, but, like several other words in Webster's (pegasus, manticore, afterlife), it falls firmly into the category of “imaginary things.” The plain fact is that there is no such thing as an institutional force that subjugates men just for being men, and arguing that one does exist makes you look naïve at best and also takes up valuable space in discussions where people are actually trying to accomplish something.

With that in mind, let's make a pact to quit using the term misandry in any kind of earnest or thoughtful way, and treat it as what is really is: a joke.

If you like this article, please share it! Your clicks keep us alive!
Tags
the myth of misandry
misogyny
disproportionate gender representation in homelessesness
suicide
Men's rights activists