The Problem With Happily Ever After In Romance Fiction 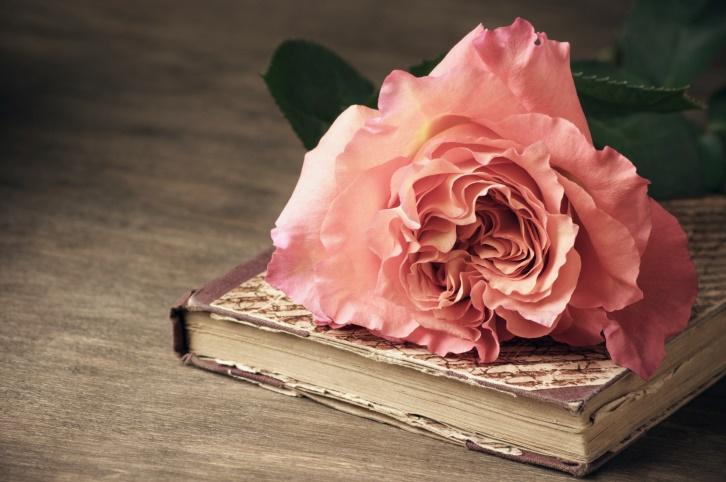 That happy ending can be seen as clichéd or squishy—lacking in realism or hard-headedness. It can be seen, in short, as too girly. Happiness is sneered at for the same reason that romance itself is sneered at; because they're seen as feminine, and we live in a culture that hates and distrusts femininity. As Julia Serano writes in her book Whipping Girl:

"The idea that masculinity is strong, tough, and natural while femininity is weak, vulnerable, and artificial continues to proliferate even among people who believe that women and men are equals."

If cultural arbiters look down their masculine noses at happy endings, though, romance novels embrace them. Virtually anything marketed as a romance novel, or shelved in romance, is going to have a happy ending. Sadness, or even ambiguity, is for literary fiction, or women's fiction, or historical fiction, or anything but romance.

"In the U.S., as far as regular readers of novels which are marketed as 'romance novels' are concerned, the definition of 'a romance novel' does include a happy ending," Dr. Laura Vivanco, an independent scholar of popular romance fiction, told me. That seems confirmed by readers themselves; when All About Romance asked readers if a Happily Ever After (HEA) ending was required in a romance novel, almost everyone who offered an opinion agreed with author Deborah Simmons, when she said, 'To me, a happy ending is part of the appeal of romance.'" 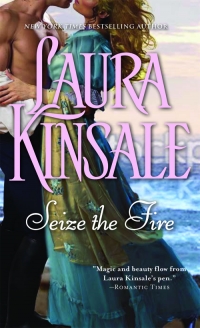 Given the cultural validation of dour violence as a measure of serious worth (I'm looking at you, Breaking Bad), the commitment to happy endings can seem gallant and courageous. "I'm here, and I love you. I love you no matter what," Laura Kinsale's heroine Olympia declares at the end of Seize the Fire to her battered, abused love Sheridan. Sheridan was shipped off to war at 10—he lived through Breaking Bad or Full Metal Jacket or the equivalent, which is to say that violence defined his life. But Kinsale refuses to let that violence be the truth of him. The happy ending makes sure that death is not his essence or his fate; love is.

But even though happy endings are de rigeur in romance novels now, it does seem like, at least historically, romance hasn't always had to end with such cheer. Some of the most famous romance stories, like Romeo and Juliet, are tragedies. Novels like Villette and Gone With the Wind end, at best, ambiguously—and GWTW is not infrequently listed as one of the all-time great romance novels by lovers of the genre.

In A Natural History of the Romance Novel, scholar Pamela Regis suggests that romance readers confusedly rewrite the ending of GWTW so that Scarlett actually ends up with Rhett—Regis feels that it is included as a romance novel by mistake. But that seems like it gives romance readers too little credit. Maybe, after all, readers see GWTW as a romance not because they've misread it, but because they think romance novels are broad enough to include unhappy or ambivalent endings, at least on occasion. As award-winning novelist Pamela Rosenthal told me, "I find it difficult to imagine a romance without a happy ending, but I suppose that if a story took place in the spring of life, and even if the end were in some way sacrificial, and the hero or heroine were ready to find love and have a life, it could be a romance."

Contemporary romance novels do sometimes hedge on the happy endings as well—or at least, they complicate what a happy ending means. Cecilia Grant's A Gentlemen Undone ends with the hero and heroine getting together . . . but they're ostracized by his family (which is a painful, not good, thing), and end up living in very modest circumstances. Jennifer Crusie's Bet Me has one main couple and two minor couples—and one of the minor heroines ends up with no permanent sweetie. She's not unhappy, but still, cheerful singleness is not what you usually think of when you think "happily ever after." And then, of course, there are the unintentional unhappy endings. E.L. James can tell me until her restraints wear through that Christian and Ana are happy together, but come on. They're both loathsome, vacuous, selfish people, and they're going to make each other miserable.

"Those who don't regularly read romance novels may think that all that's required to make something a 'romance' is a love story, so they might as well include love stories with unhappy endings as well as romantic fiction which includes a love story but doesn't give it such a prominent place in the narrative," Laura Vivanco told me. That's interesting in part because, according to television critic Jason Mittell, genres are culturally defined not just by experts or fans, but by non-experts and passersby. A genre isn't a hard-and-fast rule; it's a general description based on how people (including experts and non-experts alike) use the term. So, while some people might say that only those things shelved under romance are romance novels, others might see a literary fiction novel like Atonement as one too, because it is about love even if that love ends in made-me-cry-repeatedly heartbreak. Happy endings are important, but not necessarily essential; love is the thing.

Again, many readers of romance novels don't see things that way. But for me, I guess I prefer to leave the door open for unhappy endings in my romance novels for some of the same reasons I like and admire and respond to the happily ever after when it comes. The thing I love about romance novels is the way they insist that love and happiness are important and real and true. You can show that insistence by defiantly giving your audience the happy ending. But you can also do it by acknowledging that some stories don't end that way, while still honoring the impulse to believe that they should.

For Laura Kinsale's Olympia, love overcomes death and violence; for Juliet it doesn't. But they, and the stories they're in, both believe it should. Happily ever after or not, to me that makes them sisters in romance.

If you like this article, please share it! Your clicks keep us alive!
Tags
romance novels
romance fiction
happily ever after
happy endings
seize the fire
All About Romance 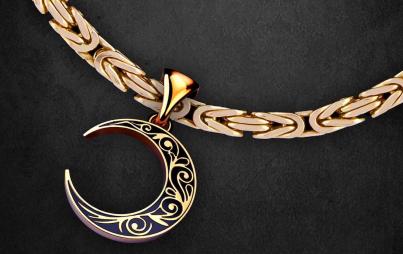 Etched In Stone (An Exclusive Excerpt)