Misogyny, Violence and Stalking: A Review Of The Perfect Guy 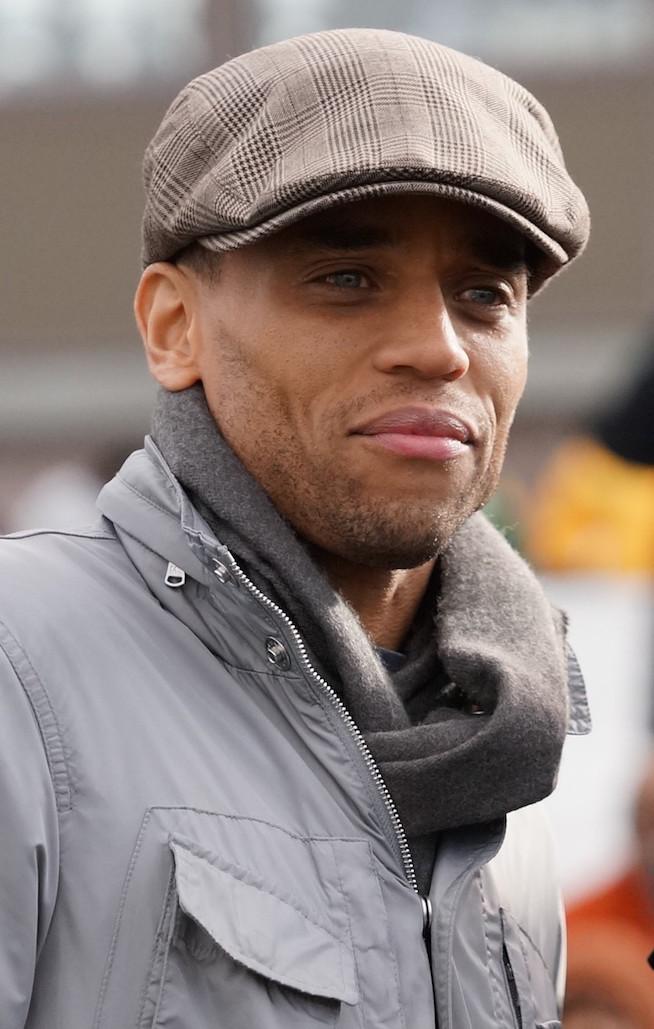 The fact that white law enforcement is the refuge from black male violence is both predictable and gross. But, again, that refuge doesn't end up working all that well. The police are perhaps more accommodating than they might be in real life to a black woman seeking help, but they're no more effective.

Critics hate rape/revenge films. Roger Ebert famously referred to I Spit On Your Grave as a "vile bag of garbage," and while that's a bit extreme, it's also probably representative. Exploitative sexual spectacle coupled with exploitative violence, Ebert felt, appeals to the worst instincts of everybody in the name of cheap thrills and general despicableness.

And yet, at the same time, the very despicableness can be oddly revealing about gendered fears, desires, and loathing. Ebert says that's disgusting, and rape/revenge says, yes. Yes it is.

The Perfect Guy isn't technically a rape/revenge — the sexualized violence here is stalking. Still, the genre markers are evident enough to have sunk its critical standing, if the 36 Metacritic rating is any indication. Nor can you exactly blame the skeptics — the film (as with most rape/revenge) is neither subtle nor surprising. If you've seen the trailer, you basically know the whole story.

Leah Vaughn (Sanaa Lathan) breaks up with her commitment-phobic boyfriend David (Morris Chestnut). She then starts going out with the smooth, charming, attentive, and oh-by-the-way-shockingly-sexy Carter Duncan (Michael Ealy). All is well until it turns out Carter's a crazed, unstable, violent jerk. She breaks up with him, and he stalks her for the rest of the film, moving from yucky (sucking on her toothbrush when she's not around) to terrifying. And then at the end you get the fun revenge.

The surface text of the film is that you can't trust some guys. The (barely) subtext is that you can't trust any guys. In theory, David is the sweet boyfriend: the nice one you can trust, and to whom Leah returns after she dumps Carter. But, as Carter smugly points out, David is also the guy who wouldn't "step up" in the first place when Leah needed him to commit — which is why Leah dates the awful Carter in the first place.

There are other parallels between Carter and David as well. Carter first reveals himself when he escalates a nothing altercation into excessive violence — but David resorts to violence too, and out of the same basic motives of jealousy and general testosterone idiocy. When Carter comes for David, it's part of the violation, but it's also arguably part of the revenge — he gets what you deserve.  And David's fate is absolutely part of the message that no men, good or bad, are going to save you from men. Even the kind, wise cop is helpless: Patriarchs can't stop patriarchal violence.

That wise cop is white, which underlines the fact that The Perfect Guy plugs into racial as well as gender anxieties. Carter fits all too neatly into the vision of the unstoppable black super-criminal, complete with a troubled youth. David too, in his failure to commit, seems a riff on invidious black male stereotypes. Leah, a high-powered hyper-achiever, is concerned with her biological clock in a way that recalls any number of solemn trend pieces about the shrinking relationship options for black women.

The fact that white law enforcement is the refuge from black male violence is both predictable and gross. But, again, that refuge doesn't end up working all that well. The police are perhaps more accommodating than they might be in real life to a black woman seeking help, but they're no more effective. And as for Leah's friendly white mentor of a boss, he reverts to sexist/racist stereotypes about sex-crazed black women at the drop of a hat, credulously believing she's responsible when Carter hacks her email to distribute video of her having sex.

So, in the end, all Leah has to rely on is herself, and her own capacity for violence. That capacity includes lifting from Carter's bag of tricks — as he stalked her, so she stalks him. This rape/revenge reversal is cathartic, empowering...and implicating. The viewer is meant to enjoy watching Leah track Carter, destroy his property, and ruin his life. Stalking is fun. And beating someone bloody is fun, and premeditated homicide is fun. Basically everything Carter does, to audience boos, Leah does back to him, to cheers.

Roger Ebert, no doubt, would see this all as a justification for violence and for reveling in human ugliness. But you could also perhaps see it as a bleak vision. Leah has a fulfilling life, a great job, love, hope, and a future. She does everything she's supposed to, even succeeding spectacularly in a corporate world to which few black women are given access. And what happens? No-good-men and misogyny casually, brutally, with glee, take it all away.

Given how women are often treated by bosses, cops, and boyfriends alike, none of that is an especially paranoid fantasy. You can deplore the narrative conventions that give Leah nothing to cling to at the end but her shotgun. But those narrative conventions — about misogyny and violence and treating women as possessions — aren't just on the screen. Violence is not a terribly enlightened ethic. But when you're surrounded by perfect guys, you can see why you might want to imagine doing unto others as an option, at least for an hour or two.

If you like this article, please share it! Your clicks keep us alive!
Tags
The Perfect Guy
The Perfect Guy Movie Review
Sanaa Lathan
Morris Chestnut
Michael Ealy