Baby On A Train: Flash Fiction 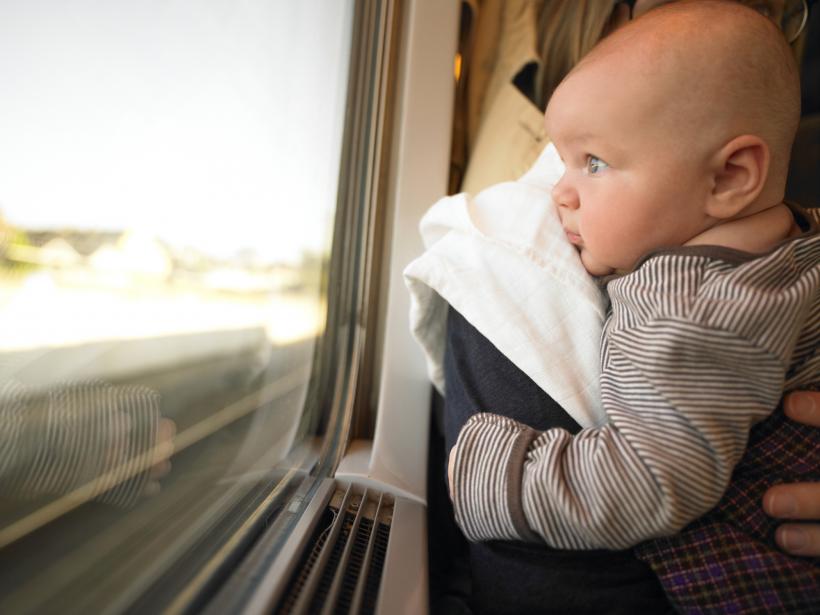 She can’t hide her contempt for small children, so when one sits next to her on the 9:15 train to Summit, she’s put in an uncomfortable position. It leans toward her, peeking out of the pile of other things its mother is juggling, mouth gaping—drool precariously close to dripping on the seat. It must be two, three years old? She knows you’re not supposed to call it an “it,” but she honestly can’t tell if it’s a boy or girl or undecided.

It can talk. It turns to her, stares at her hair for a long moment, and says, “I’m happy and you’re sad.” And she thinks, you’re right. That may be true. She thinks of all the things she could say if she didn’t have to hold back. For instance, “that’s rude” or, “not for long,” but what difference would it make to a little human so incomplete and unformed.

She can’t shatter its dreams or else she’ll forever be remembered as the dream-shatterer. She’ll be the point of discussion in every therapy session it will later undoubtedly have. But then, maybe she won’t. It likely won’t remember her at all. Does anyone really know when people start remembering things? Or is it just things of the dream-shattering type? She can’t be sure. So she looks back at it and says what she means.

Even though she should look away, say nothing at all if she can’t say anything nice, she can’t help but feel a little reckless, a little unhinged. Its mother preoccupied with the tablet and headphones and conference call she uses to still feel relevant doesn’t hear a thing when she leans over and says to its dumb, soft face, “I don’t care for you.”

If you like this article, please share it! Your clicks keep us alive!
Tags
babies
motherhood
why some women don't like babies
pregnancy
aversion to children
fiction